It is no secret that Fourth of July events will not look the same as to what they did last summer. 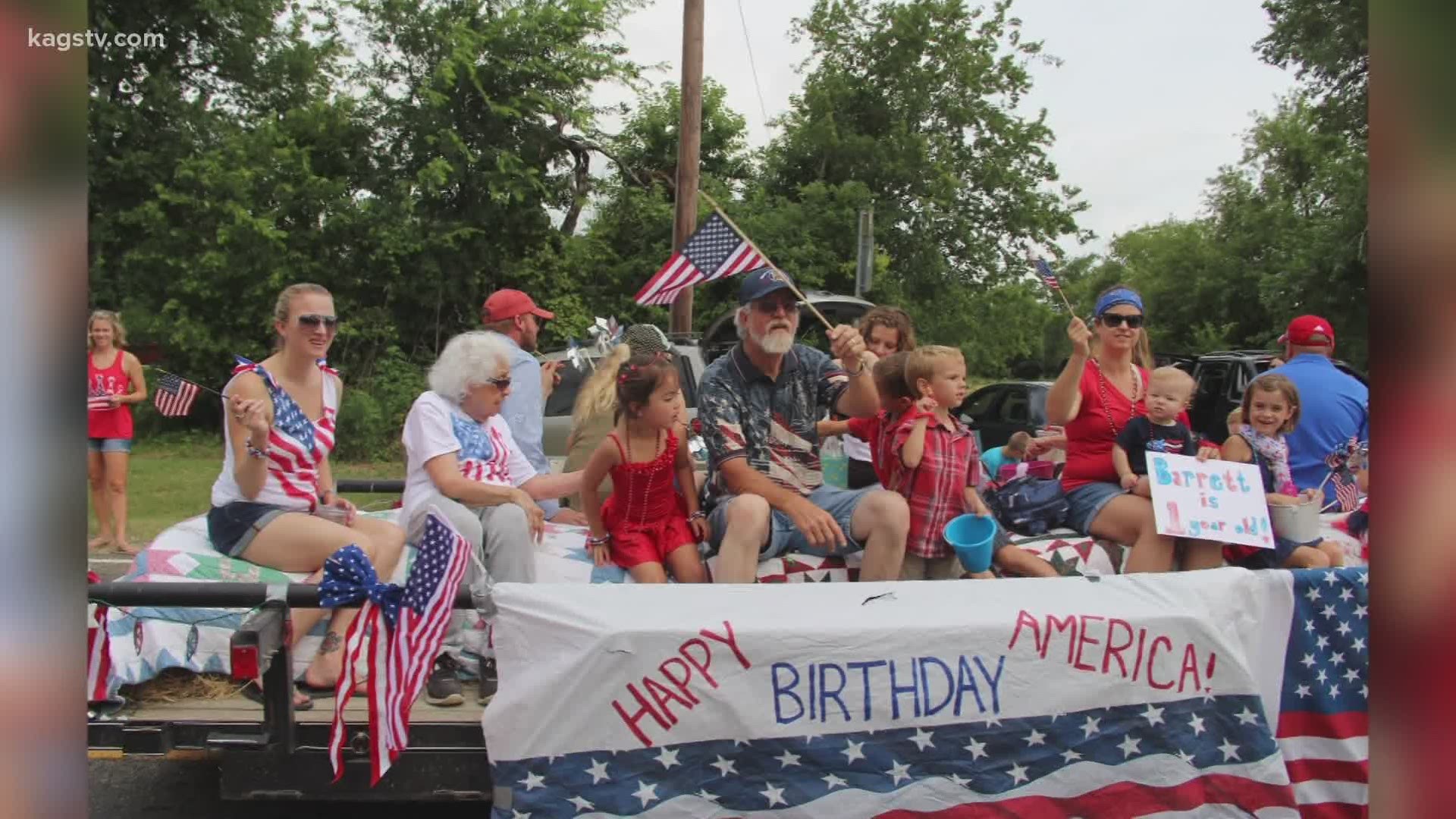 BRYAN, Texas — The Fourth of July is just around the corner. Many cities and groups around the Brazos Valley are planning their patriotic events, But in the age of social distancing, how are these celebrations going to happen safely?

"This year we are going to have a few changes in what we’re doing but it shouldn’t be too bad," said Joe Hedrick, the president of Friends of the Wheelock School House.

Friends of the Wheelock School House received a lot of outreach from the public asking whether or not they were having their annual parade and barbecue because of coronavirus.

"The community comes out and supports us and has a good time," Hedrick said.

"You can get out here in the parade and practice social distancing, you don’t have to get in a big group. Just stay in your car and watch it or participate in it," Hedrick said.

Instead of having seating for people to eat, the annual barbecue will be a drive-by pick up at the Wheelock United Methodist Church. People can drive up to the church and receive their hamburger.

Where some events like the Wheelock Fourth of July Parade and Barbecue are downsizing, others like the City of Navasota are expanding their celebrations for the fourth.

“In the past, we’ve had a parade for the Fourth of July but this year in a response to COVID-19 and the way it has affected our local businesses, we’ve decided to have a full-on Freedom Festival," said Madison Brooks, the marketing and communications coordinator for the City of Navasota.

The city is holding its first-ever Navasota Freedom Festival in Downtown Navasota. It will include fireworks, live music, activities, shopping and more.

The city believes with how many people have come to the parade in past summers, turning it into a festival and having people roam around downtown will help support the local businesses.

“With COVID-19 and how they haven’t had their normal business, we just thought it would be a great way to get people back in their doors and seeing all they have to offer," Brooks said.

The city is having all its vendors separated 10-feet apart and asking vendors to enforce social distancing among its customers.

Navasota Freedom Festival
Other event in Navasota, TX by City of Navasota - Government on Saturday, July 4 2020 with 524 people interested and 110 people going. 9 posts in the...

RELATED: Littering PPE is bad for the environment, but also for other human beings