On Wednesday, a giant excavator broke ground to make way for the ‘entertainment’ facility in Travis Bryan Midtown Park. 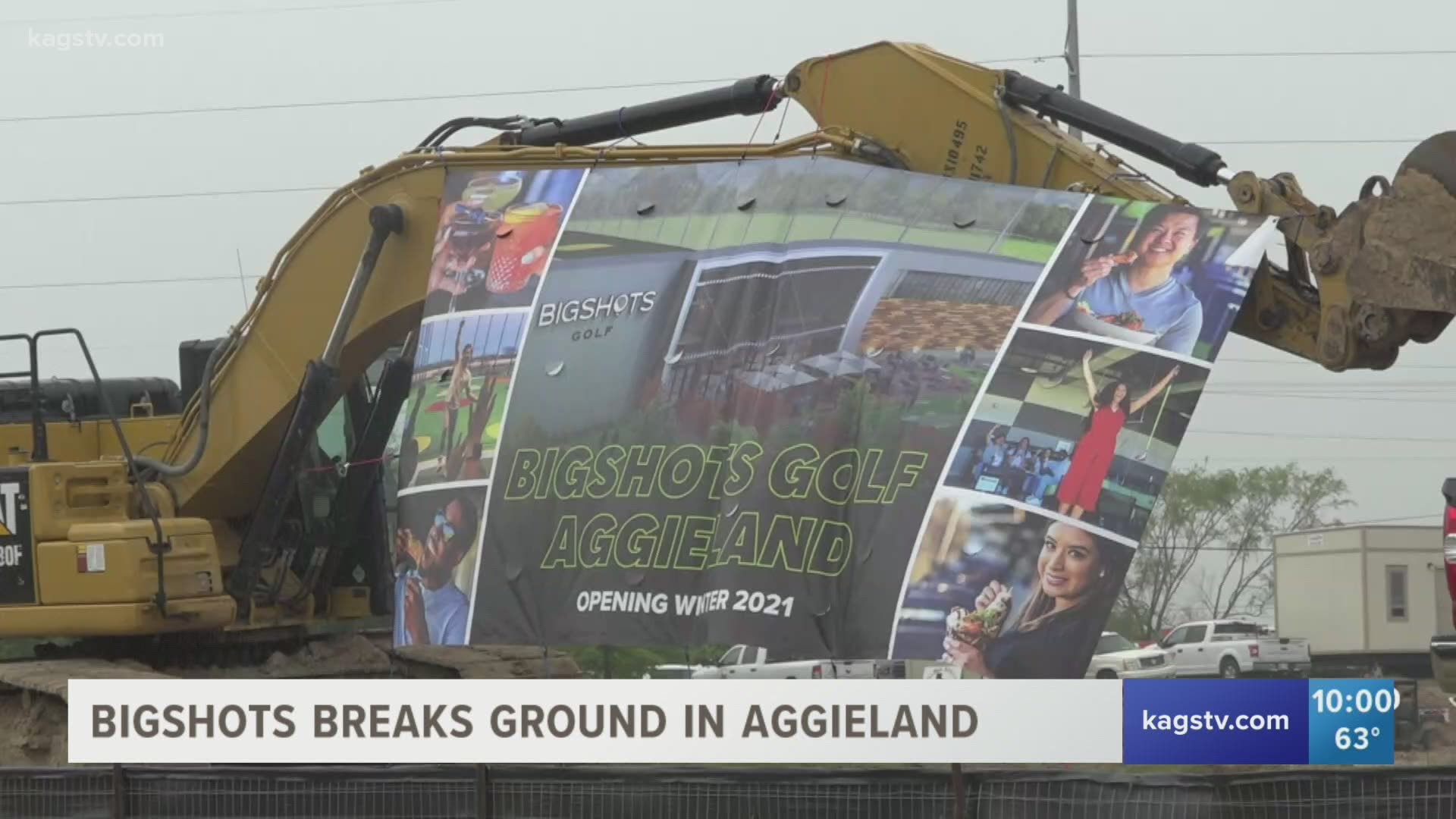 BRYAN, Texas — After being put on a halt for a year because of the pandemic, BigShot Golf Aggieland finally began excavation in Bryan.

Mayor Nelson said people love this simple, fun, group-based golf entertainment and he is so excited that BigShots is coming to the area.

Mayor Nelson said BigShot is making golf easy, making it fun and making you better without even knowing you’re getting better.

ClubCorp and BigShots CEO David Pillsbury said BigShot will be opened in December of this year [2021] and it’s going to be incredible.

‼️ATTENTION: The ground has been broken for the new Big Shots Golf in #Aggieland⛳️

I’ll have the full story for you on @KAGSnews today at 6 & 10! pic.twitter.com/jNCiALNqfQ

“It’s 60 bays of the most fun you’re ever going to have with the best food in College Station Bryan, we can’t wait,” Phillsburry said.

When the idea to bring BigShot to Aggieland was first presented to Mayor Nelson, he said he was on Cloud 9.

“My first thought is the same thought I have right now, I’m energetic about it, I’m excited about it,” Mayor Nelson said, “I want to thank Jim and Allison Butler, all the BigShots folks for everything they’re doing to bring BigShots to Aggieland.”

Pillsburry said the reason why they wanted to come to Aggieland is that they think this area is undeserved for entertainment and they want to change that.

“We’ve got everything here at BigShots Golf,” Pillsburry said, “We just think it’s gonna be a one-stop-shop for this community and we think it’s going to be embraced by everybody.”