Carson Jeffrey, TAMU class of ’20, set to perform at The Tap in College Station Saturday. 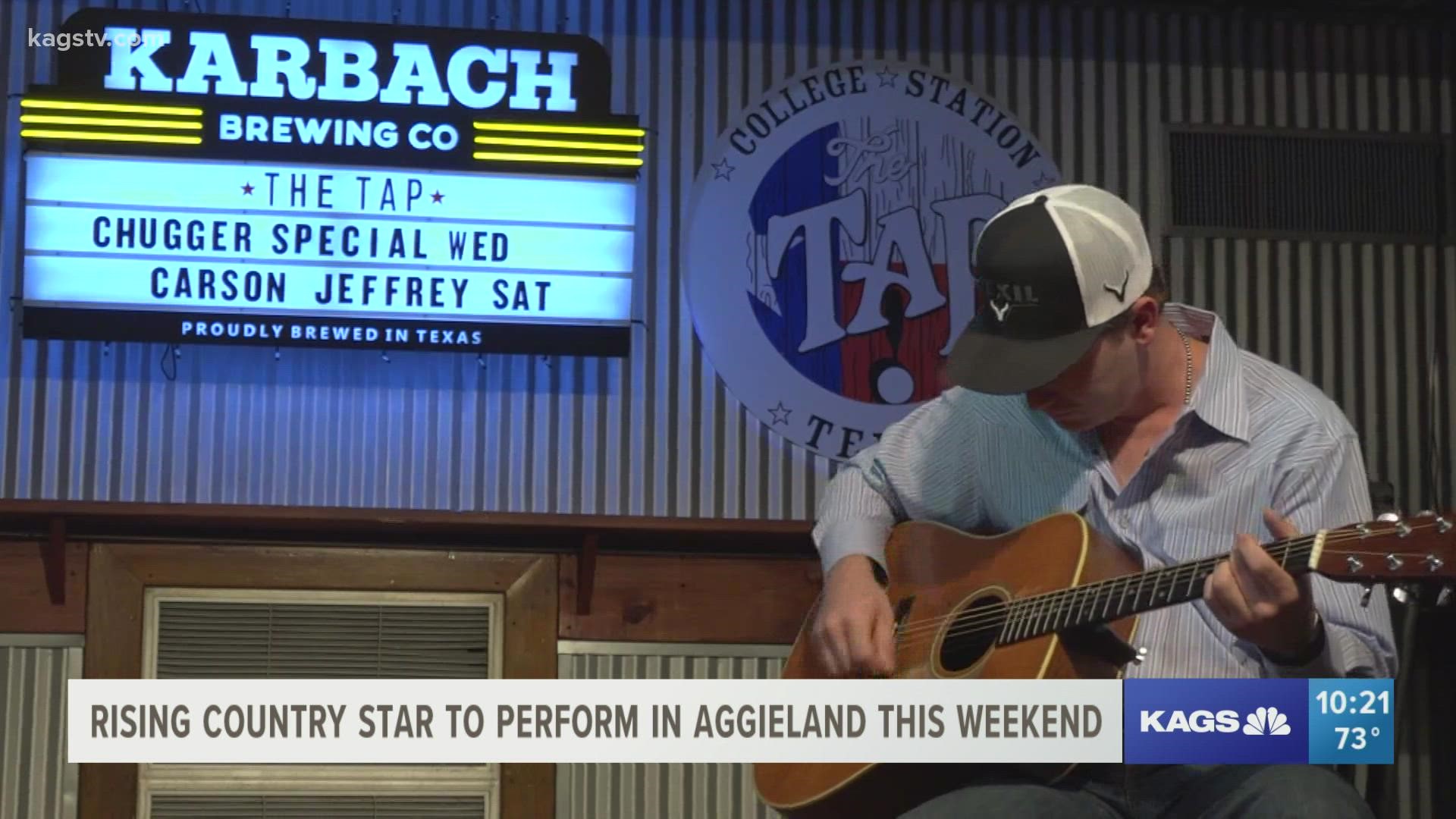 COLLEGE STATION, Texas — Carson Jeffrey was born and raised by a rodeo family in Cat Spring, TX, and it wasn’t until his time at Texas A&M University that he discovered country music, his true passion.

Jeffrey’s dad ran a rodeo magazine. Jeffrey decided to major in Agricultural Communication and Journalism at Texas A&M to help with the family business.

Jeffrey said he had no idea he would be pursuing a career in music. He was a shy and quiet kid until he started hanging out more with friends and singing.

“I had no idea two years ago that I was going to be doing this,” Jeffrey said.

Tonight on @KAGSNews, find out how A&M Alum @carson__jeffrey went from shy kid to rising star. 🎵🌟

Tonight at 10, hear his story and find out where Brazos Valley residents can see the growing country talent this weekend. 🤠 pic.twitter.com/x3iv7yMcvL

Jeffrey said since he was little, he’s always been a fan of country music.

“I had a bunch of Cross Canadian Ragweed albums, and that’s all I would listen to,” Jeffrey said,” when I got into college, I started playing in front of people and that’s when my interest for it [a music career] really took off.”

Jeffrey released his first album in college. Jeffery said it was just for his friends, but he knew that if he didn’t try pursuing a music career, he would never get the chance to.

Jeffrey said he has always loved to write songs and play his guitar. However, it was other musicians who encouraged Jeffrey to get on stage and sing with them. That was one of the catalysts for his career.

“Then I realized I think I could do this,” Jeffery said.

You can purchase tickets to see Jeffrey on Saturday, Sept. 18, live at the Tap in College Station here.

Jeffrey will perform at the Washington County Fair in Brenham, TX, on Friday, Sept. 17.