How to spot and prevent your dog from getting skin cancer. 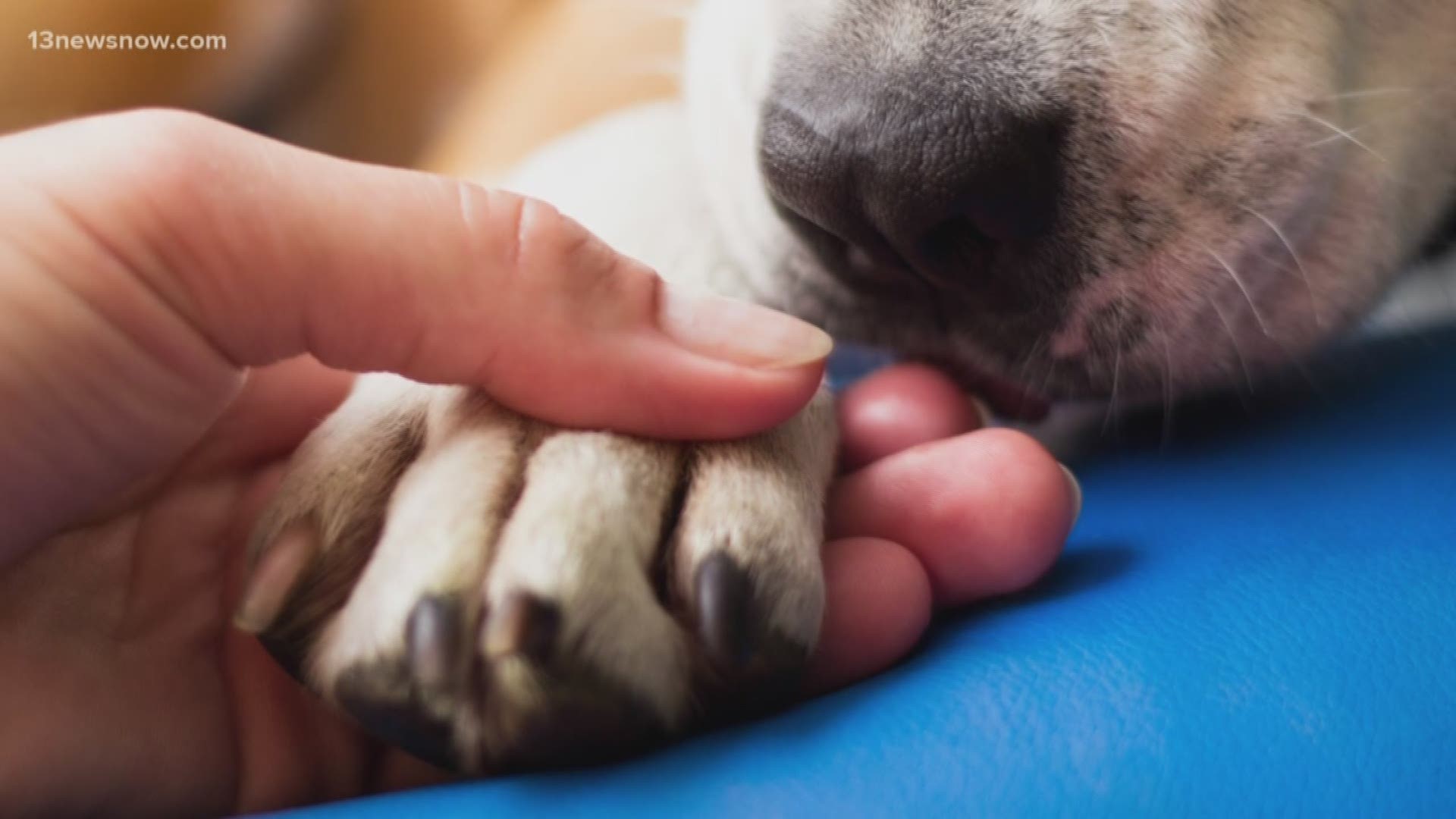 All summer long you'll hear us talk about the importance of sunscreen.

But what about your dog?

On Bentley's Corner, Tim Pandajis talks with Dr. Cooke from Cooke veterinary medical center in Chesapeake on how to spot potentially harmful skin cancer in dogs and prevent it altogether.

The sun. Without it life would not be possible here on Earth. Too much of it though can cause some major problems.

It's why we protect ourselves from it, lathering up on high SPF sunscreen, sitting under umbrellas, wearing UV protective clothing.

But did you ever think about doing the same for your dog?

Just as in humans, that sun can be damaging a dog's skin, and it can also cause cancer.

"The dogs that are affected can be light in color, having a short hair coat, or they may have light color around their nose, their eyes, their ear margins. They may be dogs that have no hair or dogs that like to spend a lot of time outside and sunbathe." According to Dr. Cooke.

So how do we prevent this? Sunscreen of course! There is a dog approved sunscreen available!

"You would put it on about 20 minutes before the dog going outside. You want to make sure it gets absorbed so the dog is not licking it off," Dr. Cooke said.

To be clear you are not rubbing in the sunscreen into the long fur of a dog like Bentley. However, around their nose, ear margins, eyes, places that are not covered by hair is certainly advisable.

It is always best to catch things early. Spot check your dog for anything unusual. Here's is what to look for.

"So generally speaking any crust or scale that concerns the owner is good to have the veterinarian take a look at. Especially some solar damage can look like an ulcer or crust that doesn't get better." According to Dr. Cooke.