Think gaining U.S. citizenship is easy? It takes a lot more than one might think

A lot of people think becoming a United States citizen is as easy as taking a class and getting a diploma, but preparing for naturalization is an intricate process. 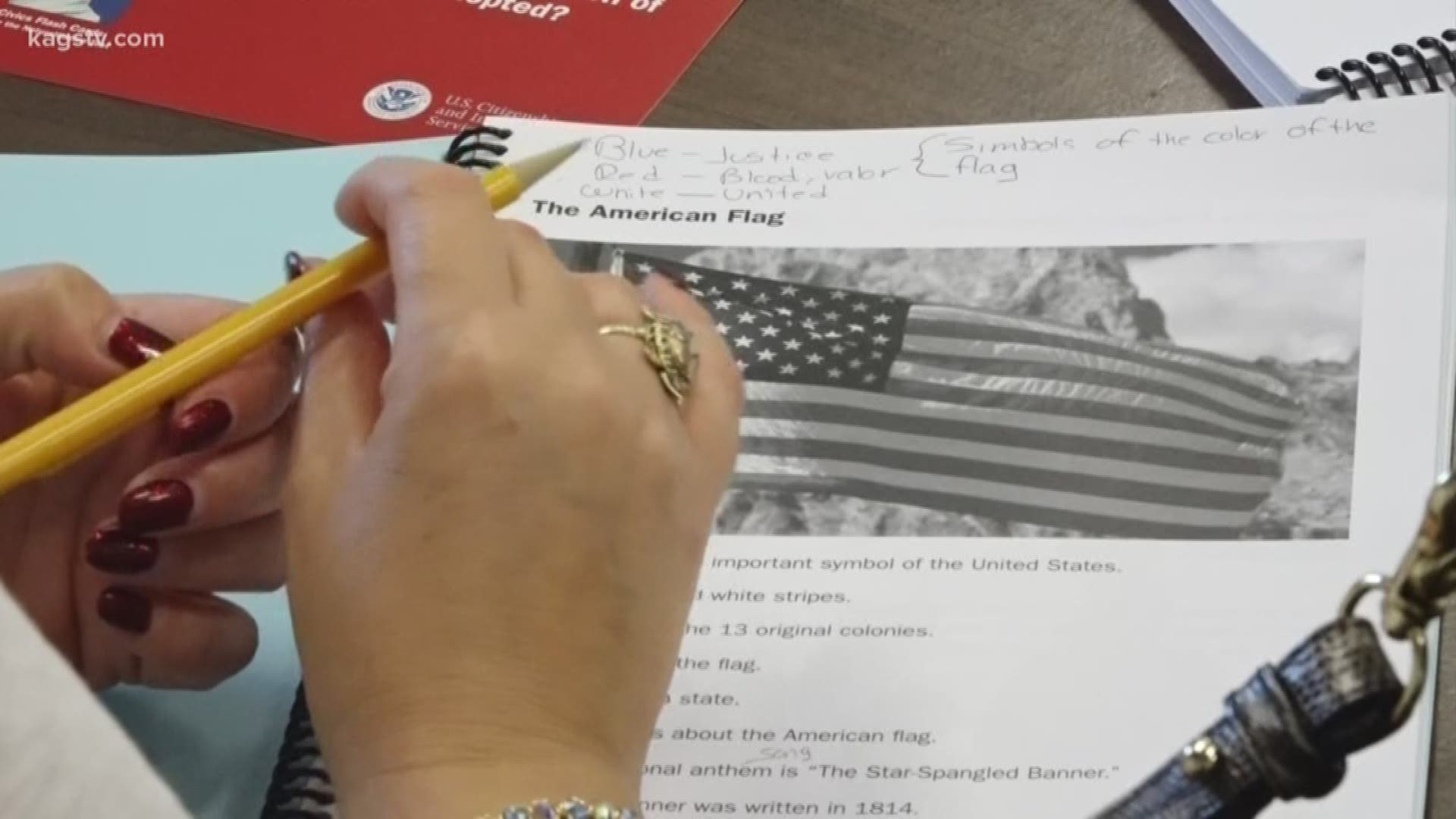 BRYAN, Texas — There are many people who believe becoming a naturalized citizen of the United States is as easy as taking a short class and getting a diploma, but those involved in the process would disagree.

Many natural born citizens can easily recall facts about where they live.

They don’t usually have to think about keeping detailed track of trips they’ve taken or memorizing the answers to 100 civics questions.

But for hundreds of thousands each year, those are obstacles faced every day on the path to citizenship.

“Civics questions are hard. Most of us learn them a long time ago and haven’t thought about it.. these are people who grew up elsewhere,” said Carol Goldsmith, a citizenship class facilitator and board member for the Brazos Interfaith Immigration Network, or BIIN.

Aside from write and speak basic English, being at least 18, be a resident with a green card for at least five years, along with other various requirements, those seeking U.S. citizenship need to have a basic understanding of U.S. History and Government, which is where citizenship classes like those held weekly by BIIN come in.

Brazos Interfaith Immigration Network
We'd like you to meet Nickhols, a student from our Conversation Part... ners class! She moved to the United States six months ago from Puerto Cabello, Venezuela. Nickhols received her Business Administration degree from Universidad Panamericana Del Puerto and worked as a Business Administrator for a company in Venezuela.

“For the history portion, there are 100 cards. Possible questions they can be asked during the interview so they have to know all of them. They’ll be randomly given 10 and they have to get 6 correct... that’s one of the harder parts for people and the one they’re the most nervous about,” Goldsmith said.

Spencer Horn, an intern with BIIN who is still learning about the citizenship process helps prepare students for that exam, and he feels, "it seems pretty like, convoluted, just hearing things.”

He was helping Monica Stowe, a student originally from Cuidad Juarez, Mexico, who sent her citizenship application in May.

Stowe has been a U.S. resident for 7 years, and her path to citizenship was one she’s been ready and willing to take.

“I would like to be part because I’m trying to work for this country and I’m trying to do good things... and I understand that a lot of people is interested to come to the united states because they want to grow up they want to learn they want to work they have many things to give to the United States, but everything legally. It’s the best... it’s good example for our immigrants.”

“I’ve been to several swearing in ceremonies where they’ve become naturalized citizens and seeing the joy on their faces and the celebration with their families is just, you can’t beat it.”

PART 2: The Path to Citizenship: The cost of an American dream