Made in S.A.: Liberty Bell Customs

A local veteran carves out healing for himself and for others in the stars and stripes. 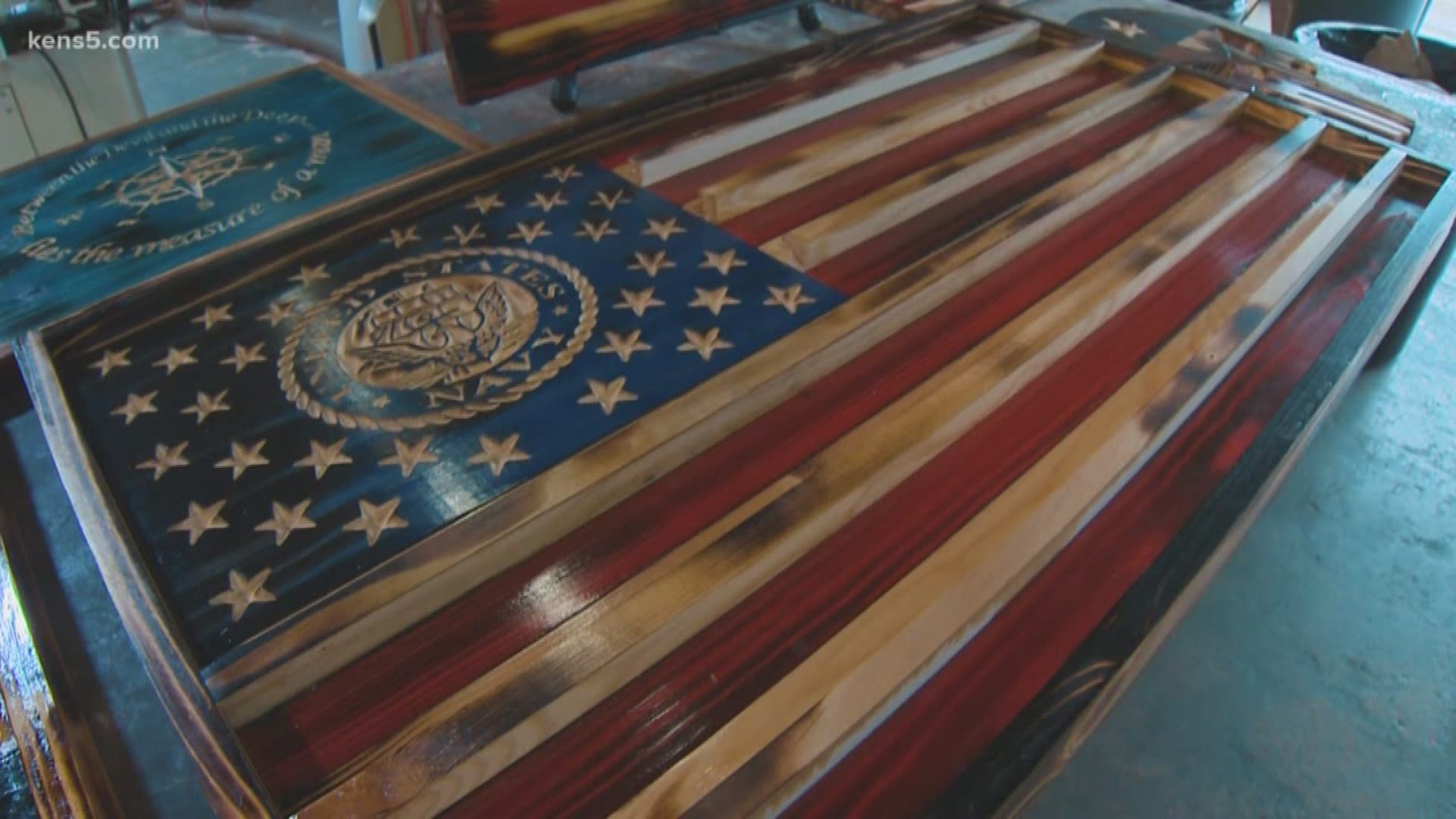 SAN ANTONIO — Precision in every piece of wood cut...just as in the military everything is uniform at Liberty Bell Customs.

For Navy veteran, Dustin Overhauser, his military experience can be seen in his craftsmanship.

"It definitely it will stay with me for the rest of my life, the camaraderie the trust and the faith we have in one another is probably something that you don't just find anywhere outside of the military and first responded community," craftsman, Dustin Overhauser said.

The flag he and his brothers and sisters in arms serve and protect is cut and laid into pieces, each stripe and emblem comes with a meaning.

"There's a lot of my life tied up in just being able to wear that shield, and the community that gets to is very small and we are very close knit," Overhauser said. "So the different emblems, a lot of the ones I've done they tell a story."

Those stories burned into this soldiers memory.

"I was actually sitting over there when I got the call from one of my senior mentors that probably one of my best friends had taken his life," Overhauser said.

Its those losses state side that hit Overhauser the hardest.

For him wood working has become a therapy.

"I handled everything pretty well, but  I saw those around me who had been through even worse and I saw how they were handling it, and then I saw friends who gave into their demons," Overhauser said. "So that's where I focused all my efforts on more than anything."

Now he uses his craft to help non profits that benefit veterans.

"Whatever it takes for them to raise money and raise awareness and by starting off with that I ended up developing some really amazing friendships," Overhauser said.

Friendships forged in duty, service and honor -- each represented in the stars and stripes Overhauser carves.

"Attaching really really good memories that people have carried forever to the pieces I made for them  that's probably one of the most rewarding parts of this is," Overhauser said.

Working with wounded warriors to teach them to make their own flag and they also get to keep all the tools used.

Liberty Bell Customs is always looking for sponsors so if you are interested reach to them online.

RELATED: Made in S.A.: Bedoy's Bakery

RELATED: Made in S.A.: The Armchair Anthropologist Tea Co.