For five years, KC Caulder's service dog, Sasha, saw him through his PTSD. Recently, she needed his help, and after the fight of her life, she'll service others. 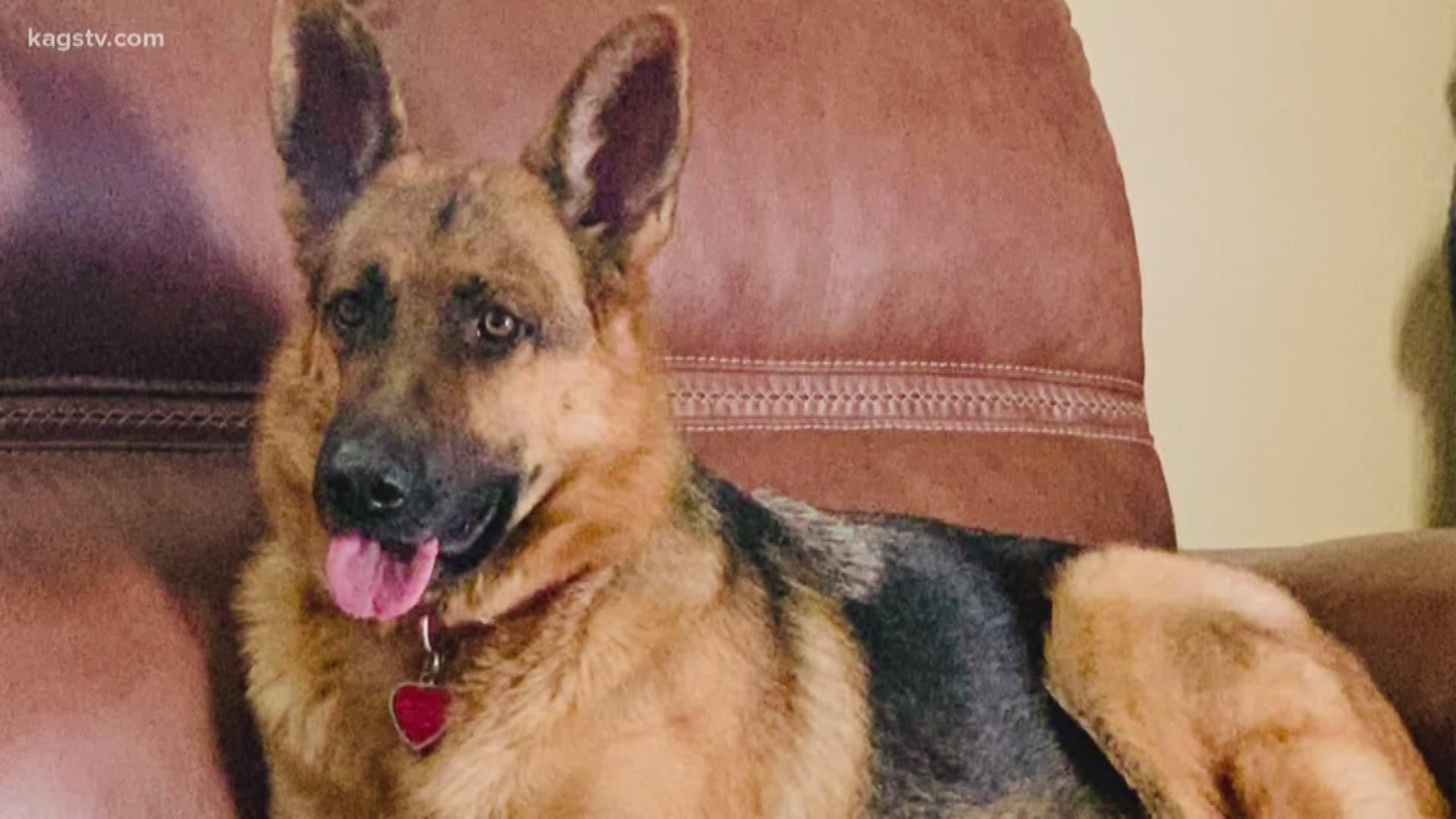 COLLEGE STATION, Texas — Let’s face it, We could all learn a thing or two from our pets.

For almost 5 years, a west Texas man struggling with PTSD found relief with his service dog, who recently, needed his help too.

But what does service really mean?

This veteran will tell you it’s a lesson that’s worth repeating.

“We were battle buddies. We went everywhere together. She was my constant companion,” said KC Caulder, a retired senior non-commission officer from Odessa.

He is a proud army veteran who retired in 2015, but soon after doing so, he was diagnosed with PTSD.

A counselor recommended he get a service dog, and lucky enough, his son in-law was having trouble training his new puppy to be a guard dog.

He said, “once they got Sasha, and started putting her through the paces for training, she failed miserably. She did not have any aggressive nature in her whatsoever."

So KC took her in and even before formal training as a service dog, Sasha knew who she was meant to be.

“If my truck moved, she went with me," he said, "she would wake me up during nightmares. She would know I was getting worked up before I would. Bouts with depression got shorter... [I] quit having anxiety attacks.”

For the next four and a half years, their bond grew stronger, but Sasha's heart couldn’t keep up.

KC said, “she was born with a defect. It caused the chambers of her heart to over pressure and over time, get larger.”

After making a couple of posts on Facebook, William Cole with Hank's & Eli's fund contacted KC.

“We help retired military working dogs and service dogs with veterinary need," said Cole, the president of the organization, “when I saw KC's post, it just struck a chord immediately... because it came from such a genuine place because you can tell he just loved Sasha so much.”

The fund arranged to pay to fight for Sasha's life at the Texas A&M Veterinary school, but sadly, after driving from Odessa for two procedures, she didn’t make it.

Hank's and Eli's Fund
Colton and Eli Rusk were more than a team. They shared a bond and k... indred spirit that was exemplified by a saying that Colton ascribed to, "What's mine is also his." Most MWD's could be reassigned to another handler but not Eli.

“Sasha threw them some real curves that they’d never seen before,” KC said.

But, as she did in life, Sasha now has the opportunity to serve others, even in death, by helping students learn about her condition.

“She plucked me from a pit of despair that nobody else could. Not any amount of therapy or drugs or anything else could do what Sasha did for me,” he said, “she saved me. So her mission with me was complete.”

Hank's & Eli Fund's is always looking to help other working dogs. If you want to find out how you can donate to them, click here.