Anya Rochelle worked at Symetria Recovery Center and touched so many lives before she passed away. The center decided to dedicate their therapy room to her. 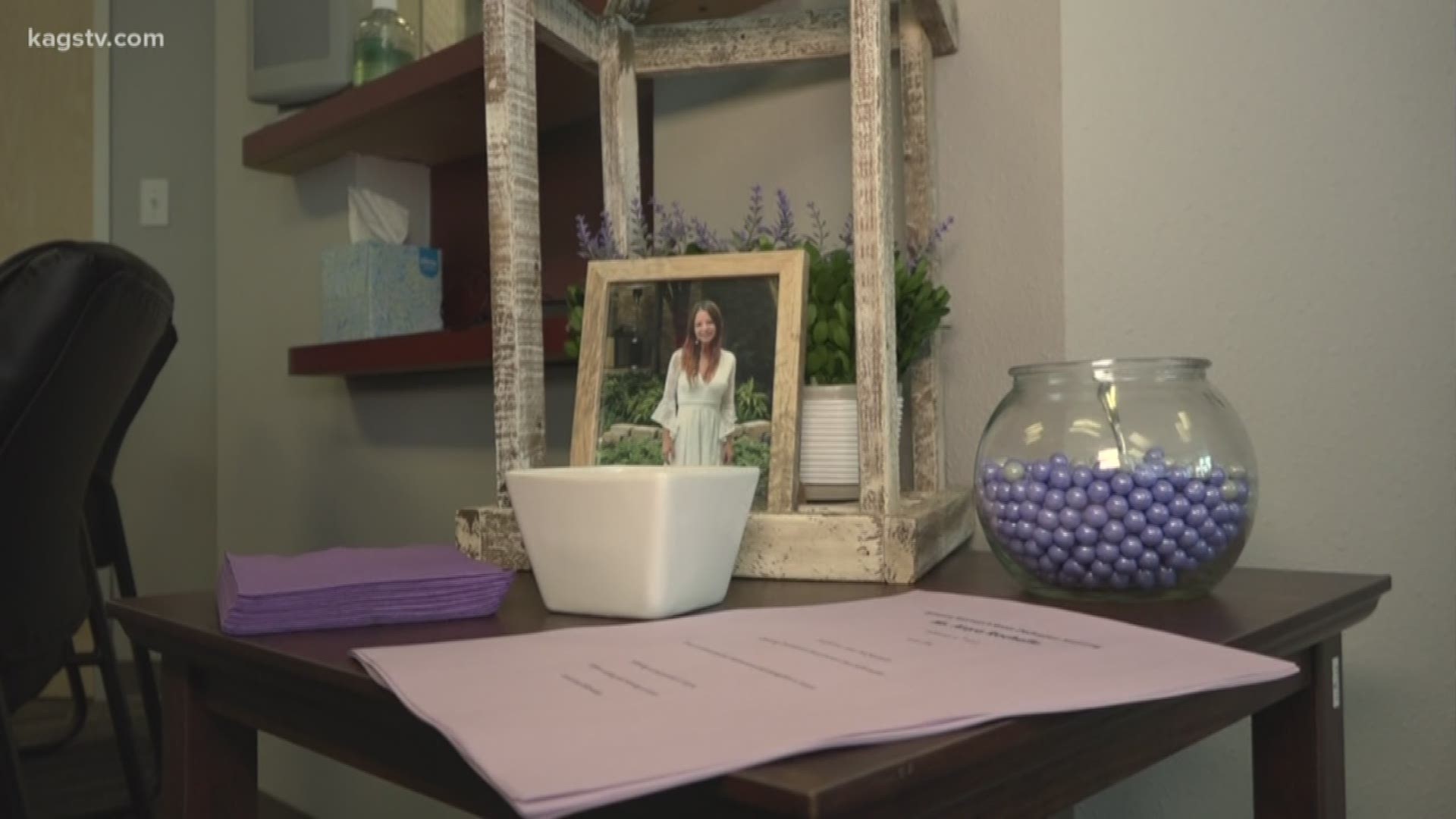 Valentines Day is on Friday, but a recovery center in College Station decided to share their love on Thursday for someone who left them all too soon.

Anyone who knew Anya Rochelle would tell you the same thing, “Anya was a beautiful spirit. She cared about people in an incredible way,” her mother, Ellen Rochelle said.

Anya was an addiction counselor at Symetria Recovery who touched many lives in crisis.

“Anya would lead group and they would do art therapy. So she had been trained on how to talk people through this,” said Amy McNamara, from Symetria Recovery.

Adopted from Russia at two years old, her journey to helping others involved her own struggles.

"Anya had a lot to carry on her shoulders. She had her adoption, she had her pulmonary hypertension... but because it didn’t show it made it more difficult. People didn’t understand that she was limited,” Ellen said.

Anya was born with a hole in her heart, and "she cared so much about things that it was hard for her to bear and it led to her doing some things that were not good.”

She also dealt with her own addictions as a teenager, but after rehab, she was inspired to help others.

“She made her mind up that this was it. She had things to do. She decided that she wanted to be a licensed chemical dependency counselor," said Ellen.

After being certified for a while, she came to Symetria.

"She was where she was meant to be. She was born to be a counselor.  Because she understood where people with addictions come from. She lived what it was like to be there.”

But after six months there, Anya’s heart condition got to be too much.

On Thursday, her team made sure her memory lives on forever, dedicating their therapy room to Anya.

At first glance, some might see Anya’s plaque as just a name in a room, but those who knew her know seeing her name in the room where she helped heal so many, will bring hope to everyone who walks in.

“I hope that they find courage in it some way. I hope that everybody who struggles with an addiction finds a way through,” Ellen said.

“To get to a good place. Anya did it. That little bitty girl. She did it. She was pretty special.”