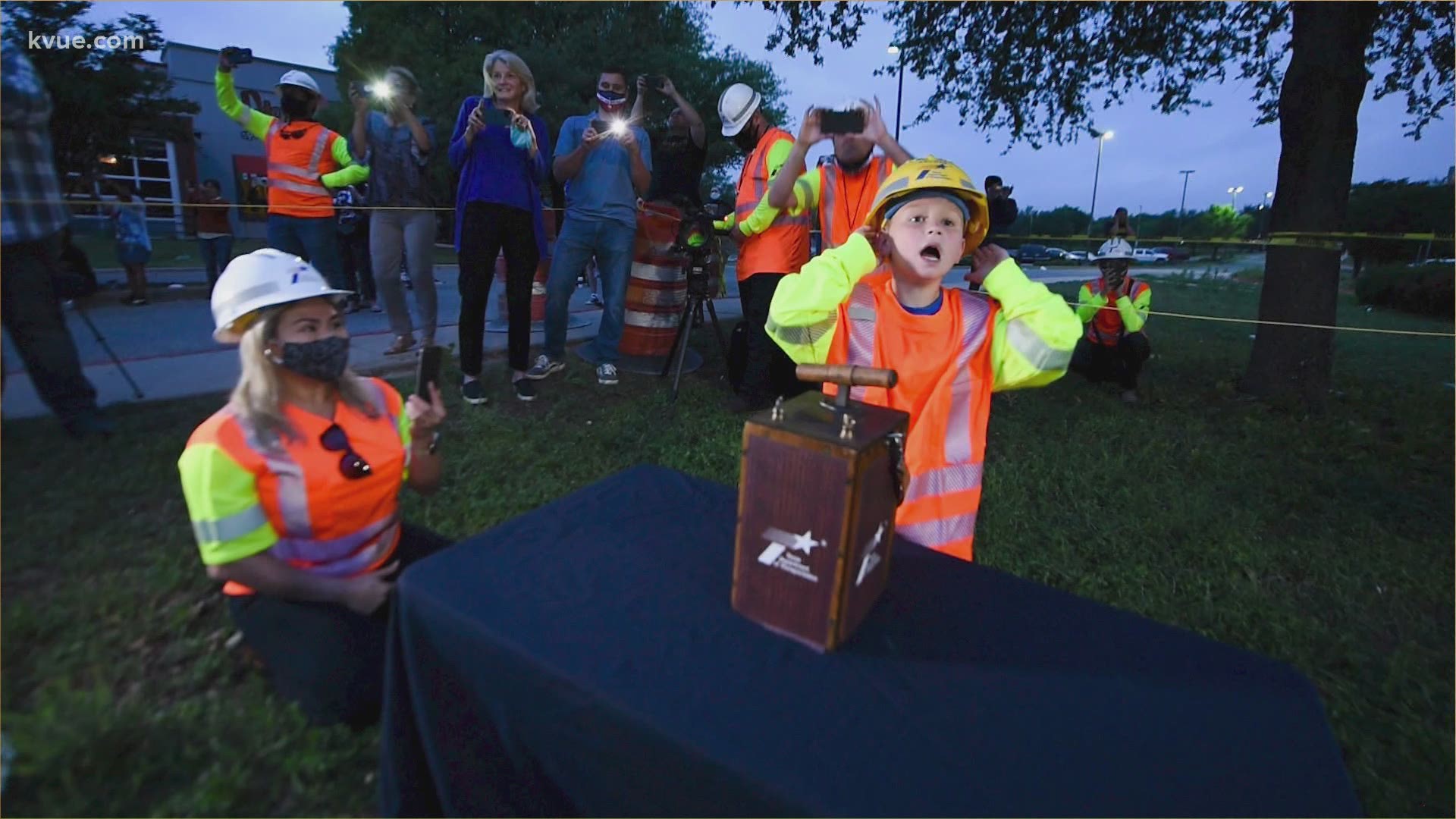 AUSTIN, Texas — The Texas Department of Transportation partnered with Make-A-Wish Central and South Texas to give a 6-year-old leukemia survivor the chance to push the button to implode two spans of the northbound Interstate 35 to northbound US 183 flyover.

On Saturday, Archer Foltermann helped bring down the remaining portion of the bridge, "making way for a new, longer flyover."

The first sections of this flyover were imploded by TxDOT on May 7.

And, boom goes the dynamite!💥Thank you #Archer and @MakeAWishCSTX for helping us make today’s NB I-35 to NB US 183 flyover implosion a safe success! #My35 #ATXtraffic pic.twitter.com/wTTf4liPD9

The new, longer flyover is expected to relieve some traffic on I-35 and create a new northbound bypass lane at St. John’s Avenue and a new entrance ramp to northbound I-35.

Full reconstruction on this flyover is expected to take four months.

A second, new southbound I-35 to southbound US 183 flyover, which creates direct access between both highways, is now open, said TxDOT.

Road signs are currently in place to alert drivers about future closures and help them navigate these new routes.

TxDOT encourages the public to remain alert and patient while driving through work zones.

No, there is not a gas shortage in Texas