Veribest, Texas: Bread, mayonnaise and the bizarre inspiration for this town's name

This tiny town's name has one of the weirdest origins. 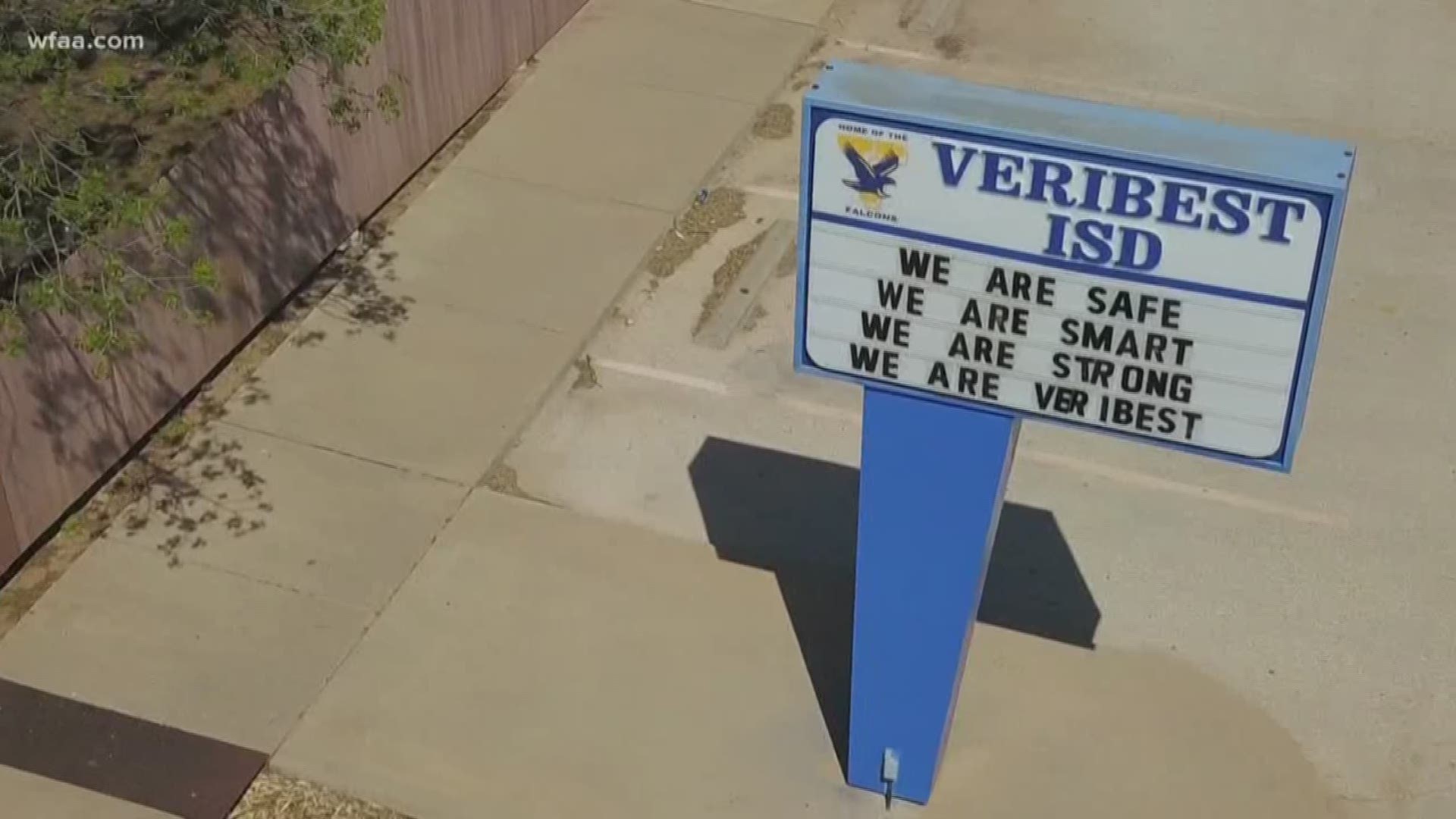 VERIBEST, Texas — Veribest is a tiny Texas town only 15 minutes from San Angelo, but it is far and away one of the weirdest-named towns in America.

The name Veribest is exactly how it sounds: very best. But where did it come from?

Well, there's another small town about an hour or so down the road from Veribest named Best. One logical conclusion is that these two towns were caught in a bragging war of sorts. Best versus Veribest (very best). It makes sense.

For an explanation, we've got to go back about 100 years.

The people of Veribest originally wanted to name their town Mullins, after one of its first settlers, Isaac Mullins.

However, there was already a city in Texas named Mullin.

"Therefore, we couldn't have Mullin and Mullins in Texas and there was a contest," said Golda Foster, chairman of the Tom Green County Historical Commission.

RELATED: How Trickham, Texas got its name from water, whiskey and angry cowboys

RELATED: Crowley ISD students break down barriers, build up each other in Panther Olympics

That contest was to see who could come up with a town name that wasn't already taken. One young woman found inspiration at the general store.

Back then, Armour and Company produced a brand of canned foods called the "Veribest" brand.

They had peanut butter, root beer, ox tongue and, of course, mayonnaise.

This is where some accounts differ because there was also a company called Norman's Veribest Bread.

It was in the general store where that young woman either saw a loaf of bread, mayonnaise or something with the Veribest name and figured no other town in Texas had that name.

"We may never know definitively if it was Norman's Veribest bread," Foster said. "It could also be suggested that it was for Armour's Veribest brands."

Whatever her inspiration, one thing is true: the Veribest name was plucked straight from the grocery store shelves.

As weird as that sounds, there are a lot of towns out there with boring names, so it's kinda refreshing to find a place like Veribest, with a name so good you could just eat it up.

RELATED: Wizard Wells: A Texas town where magic flows in the water

RELATED: Up in 60: Unique doughnuts gaining popularity in 'Back Dough' of Denton steakhouse