What does it take to ride a one-ton animal?

Professional Bull Riding is still on schedule to arrive at Reed Arena on April 9 and 10. 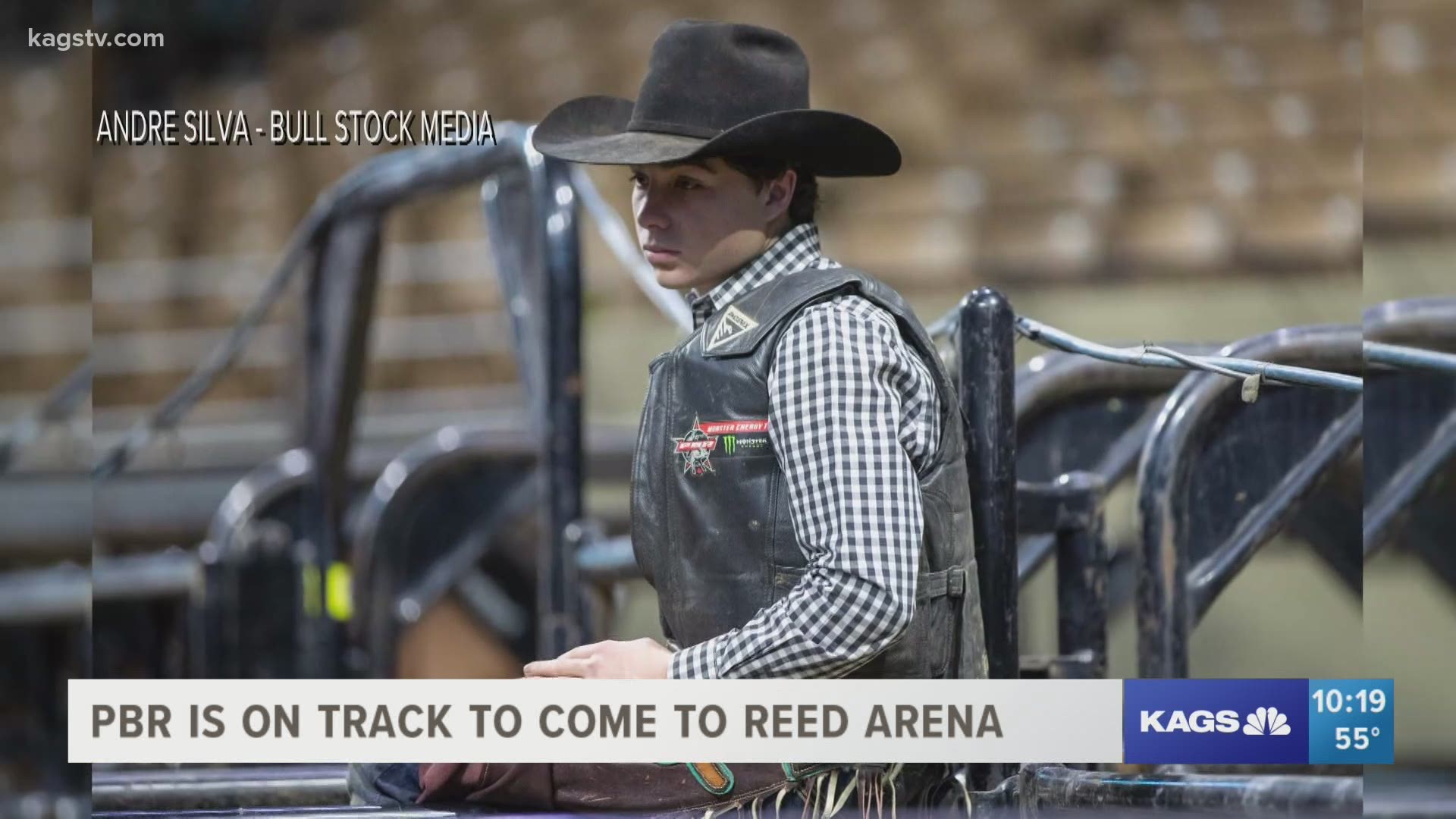 COLLEGE STATION, Texas — One of the youngest riders ever to qualify for the PBR World Finals, Texan Austin Richardson is a rising talent in the bull riding world.

Just four years into his career, Richardson has already turned heads on both the PBR Unleash The Beast and Pendleton Whisky Velocity Tours.

The 21-year-old has been riding animals ever since he could remember.

Richardson said he started off by riding goats, then slowly turned to ride bulls and became a professional at the age of 18.

He said it takes a lot of mental preparation and self-confidence to ride a bull.

“You have to really want it to be a professional bull rider and if you don’t have it in you if you’re scared or anything, you’re just not going to be able to take that next level,” Richardson said.

I spoke with @PBR's Austin Richardson...one of the youngest riders ever to qualify for the #PBRWorldFinals.⁰
What does it take to become a professional bull rider?🐮

The 21-year-old answers all that and more today on @KAGSnews at 6 & 10 pm.⁰
📸: Andre Silva, Bull Stock Media pic.twitter.com/8RLOxWR6bA

Many injuries can come from loose focus when bull riding, thankfully for Richardson, he’s only broken a finger.

“It did require surgery and I was out for about six months,” he said.

Even after the finger injury, even after he gets thrown off a bull, Richardson said he continues to get back on the one-ton animal because he loves the sport and it’s as simple as that.

“I know each weekend if I go and I fall off, I know I put in the hard work throughout the week for my career. I can’t be down on myself for not doing the work,” he said.

Past PBR World Champions Kaique Pacheco and Cooper Davis are going head to head for the World No. 1 spot. Each cowboy had an impressive outing in the Louisville 15/15 Bucking Battle, but who do you think performed better? (W/ @lucas_oil) pic.twitter.com/oVJPHtXcsu

You can watch Richardson’s and other riders compete in just 8 days inside Reed Arena, April 9 and 10.

Tickets can be purchased here and here