Rajah politely waited to be let inside. 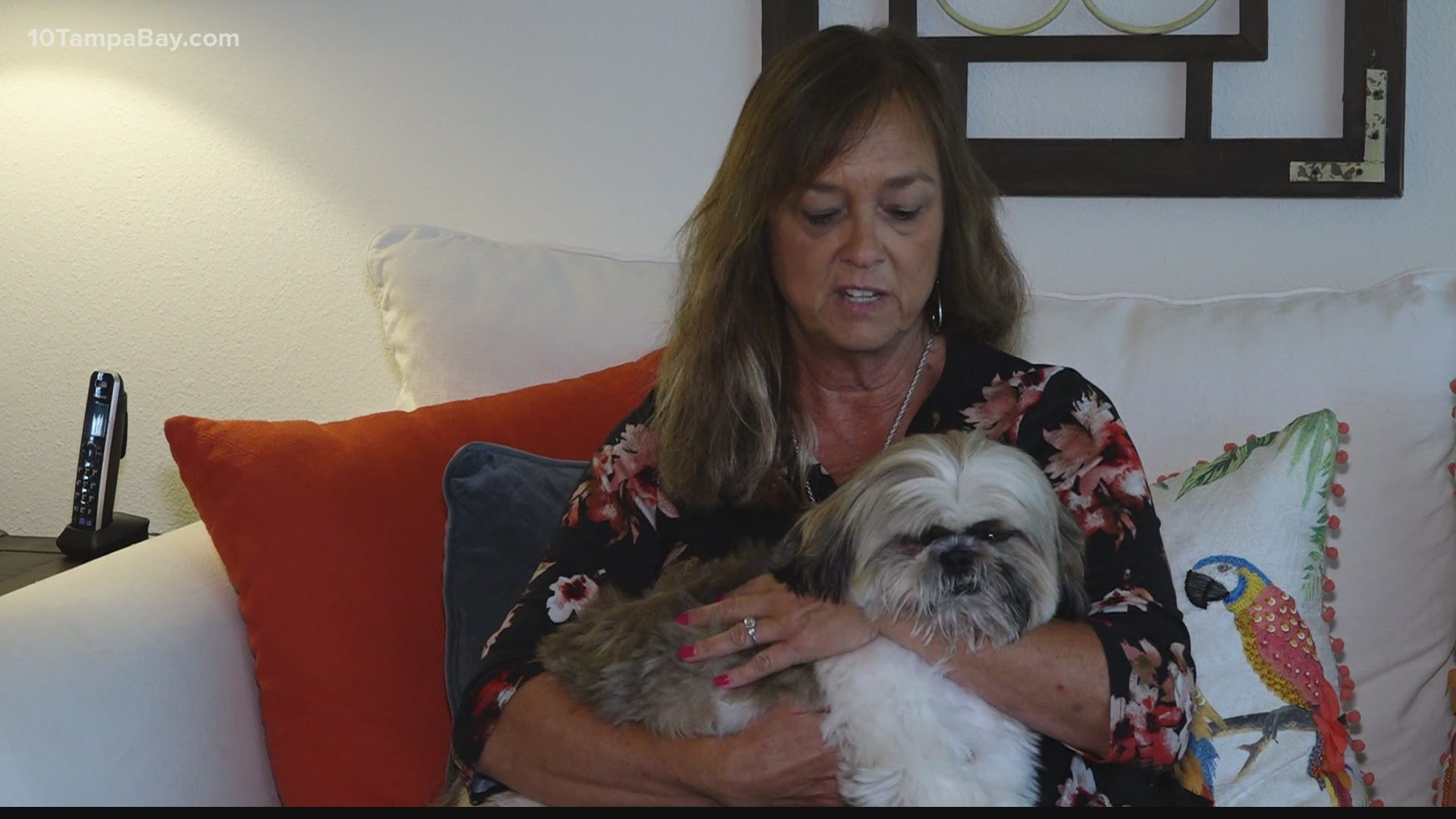 SIMPSONVILLE, S.C. — Panicked by fireworks, a rescue dog escaped a newlywed couple's backyard. What happened next surprised everybody.

Mary Lynn Whitacre and Ryan Washick’s 18-month-old pup Rajah had gotten spooked Sunday by the booming pyrotechnics set off ahead of Independence Day near their home in Simpsonville, South Carolina.

The couple drove around town and posted messages to Facebook, frantic to find their beloved dog, according to The State newspaper. No luck.

10 hours went by, reports local television station WYFF, which was first to report the story.

Then, at 3 a.m., the Huffington Post says Labrador-Catahoula leopard dog mix came home – and rang the Ring video doorbell with her nose. The camera captured Rajah's return, although without her newfound stench.

"She thought she was in so much trouble, and she was sad and sulking, but we were like 'we're just happy you're back,'" People Magazine reports Mary Lynn said. "It was hilarious, and we couldn't stop laughing."

Per People, Rajah was covered in thorns and appeared to have rolled in poop.

"It seems like she had a great time," Mary Lynn said.

It took a while to get Rajah cleaned up, WYFF said, but the couple was just glad everything ended well.

UPDATE: she’s safe at home now. Thank you so much for helping and sharing. We are so grateful and are so happy to have...

RELATED: How to keep your dog calm for the loud, booming 4th of July fireworks

RELATED: 'You wouldn't give a blow torch to a child': Safety expert shares warning ahead of 4th of July weekend