For a cow to give birth to triplets is a 1 in 105,000 chance. But momma "Minnie" not only defied the odds... she also gave her owners the surprise of their life. 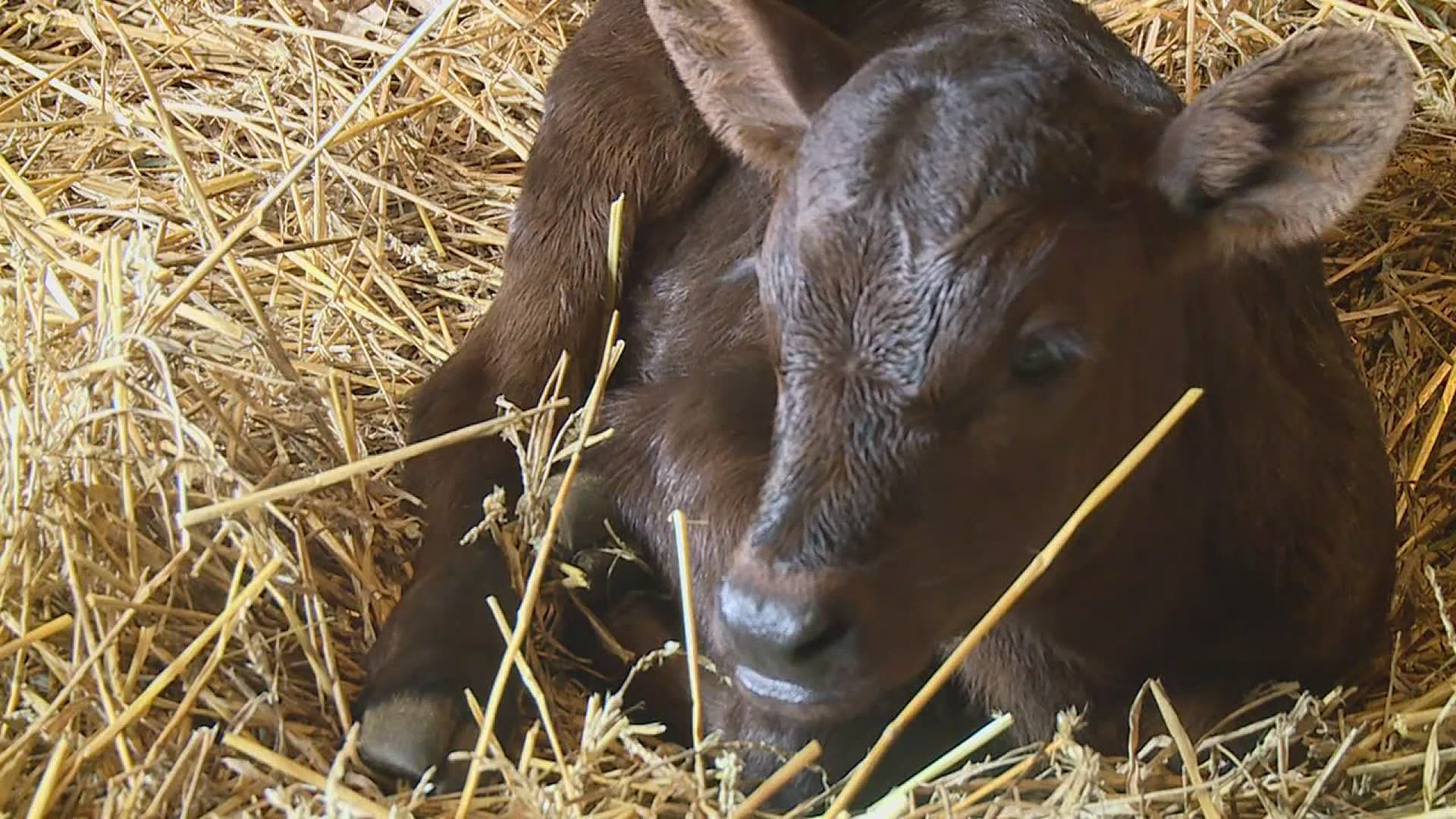 AMBOY, Ill. — On a rainy Saturday night, one young mom was delivering a surprise... that would quickly stun her owners. Three-year-old Red Angus "Minnie" gave birth to triplet calves - a feat that's not only impressive, but seemingly improbable.

Owners Todd and Cynthia Carlson knew Minnie was going to give birth on May 15th, but when they went to bed, they thought she was only having one baby.

"We only knew of one calf when we went to sleep that night! And we were like, ah, they'll be fine. We'll leave them alone and process the calf in the morning," said Cynthia.

But when Todd walked out to the field at 6 a.m. on Sunday, he was a little confused.

RELATED: The "Bison Bridge" stirs up a debate over how much upkeep the aging structure would require

"I saw the first calf was down at the bottom of the field, exactly where she had it, but then I saw another one. And I'm scratching my head thinking there's only one other cow that has a calf right now... maybe she calved last night," he said. It only took a quick check of the field for him to realize what had happened.

"So I went in and got [Cynthia] and I go we have a problem out there," said Todd. "I go there's three calves!"

Minnie had given birth to a little girl and two boys, lovingly named after characters from the TV show 'Friends' - Phoebeef Buffay, Ross Gelded and Joey Tribeefani.

"I was - all morning - just flabbergasted! I did not know what we were going to do," said Cynthia.

We can't stress enough how rare it is for a cow to give birth to triplets. It's only a 1 in 105,000 chance that it happens in the first place, and when it does, many of the babies end up dying. For the ones that do survive, it's not likely that the mom will accept and take care of all three as her own.

RELATED: The "Bison Bridge" stirs up a debate over how much upkeep the aging structure would require

"You're lucky if you have twins and they take both," explained Cynthia.

However, - as luck would have it, in an already unreal situation - all three of Minnie's babies survived and were accepted by her. The larger boy and the girl did give the Carlson's a little bit of a scare the first day after they were born. They didn't want to nurse and instead were very lethargic. But Todd and Cynthia spent hours nursing them back to health, so by the time we visited them on Monday, all was as preferred in their herd.

Todd nodded his head in agreement, saying, "I think they made it through the worst. Every little step is a win."

His family has been raising cattle on that exact farm since the 1970s - about a half century. Todd says in all those years, he can only think of three times the farm's cows ever even had twins.

"Several people that we've asked that have had cows forever - their entire lives, and they're in their 60s - never saw triplets," laughed Cynthia.

Of course, to add on to all of the other oddities, Minnie is the Carlson's only Red Angus cow. The rest of their herd are Black Angus.

Right now the babies are still much to young to be out in the pasture with the other calves. When we stopped by on Monday, May 17th, they were less than 40 hours old. Instead, they'll hang out in the barn with their momma for at least the next month.

As for the rest of the herd, the Carlson's say there's still one more that needs to give birth this year, while five others will try their luck next spring. When asked what they would do if they had another set of triplets? They both just yelled "NO!"

Did you know that as a Farm Bureau member you have access to over 302,000 member benefits by using the Abenity app and...