Brazos Valley Gives was held on October 27, 2020 with 136 nonprofits participating from six of the seven Brazos Valley counties. 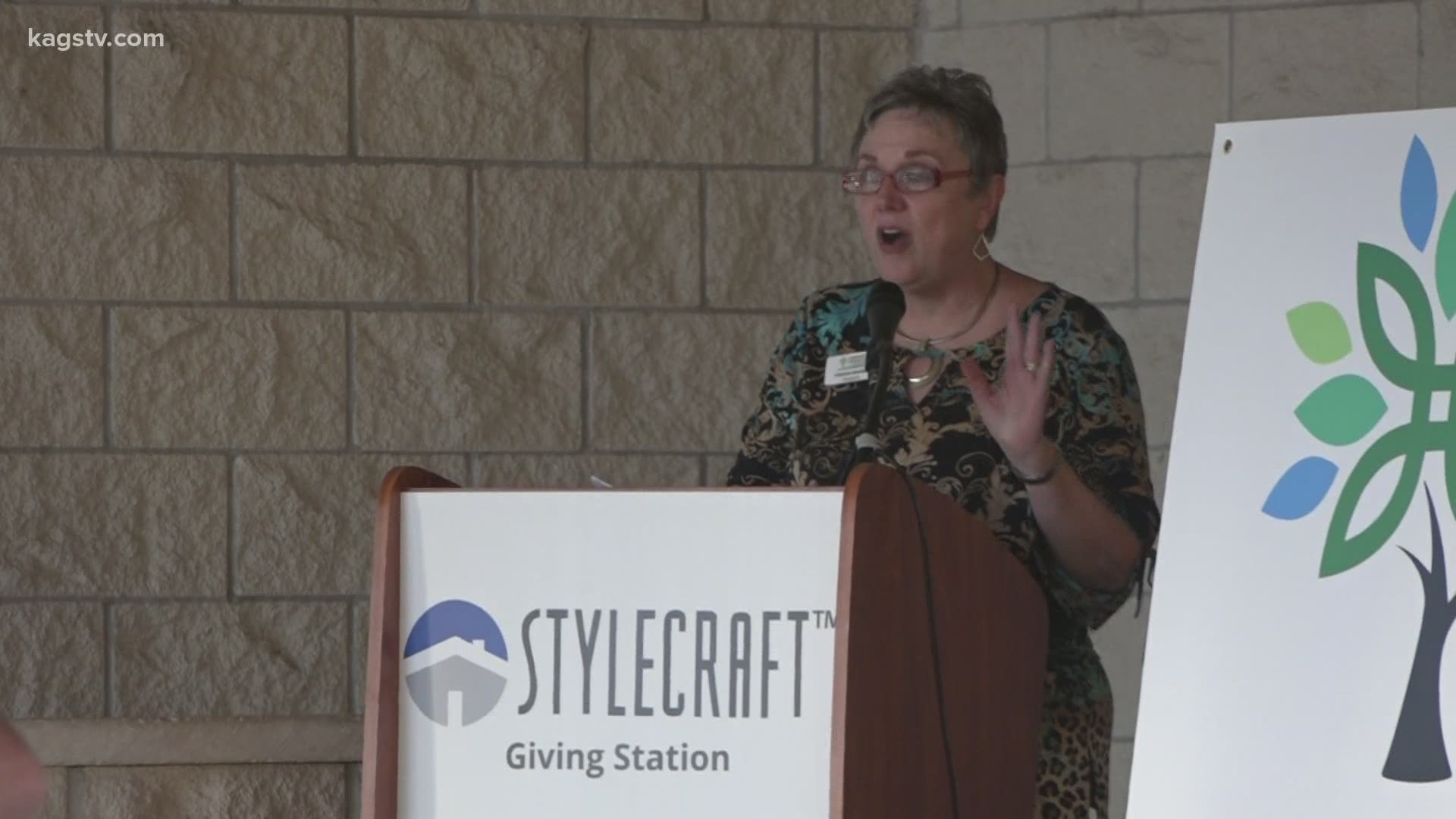 On Tuesday afternoon, $98,500 in prizes and additional grants were awarded to nonprofits that participated in Brazos Valley Gives.

The Community Foundation hosted the outdoor celebration of their philanthropy at Veterans Park in College Station.

Brazos Valley Gives was held on October 27, 2020 with 136 nonprofits participating from six of the seven Brazos Valley counties.

Along with giving money, 307 individuals pledged over 12,300 hours of volunteer support.

At the Community Foundation of the Brazos Valley Celebration of funds raised on Brazos Valley Gives!! (I geeked out at the band playing @themandalorian theme song) We’ll have more tonight on @KAGSnews ! pic.twitter.com/s4vOFrYnzz

More than 230 people and businesses hosted online fundraisers to support their favorite non profit that participated.

“Our second annual giving day empowered donors across our region to give where they live. Brazos Valley Gives day was successful because our community came together as one to support our nonprofits” stated Molly Watson, Co-Chair.

“This year has been especially difficult for our nonprofit community, as many of their annual fundraisers were cancelled. As a result, the needs were greater than ever,” commented Julie Porter, Cochair.

Established in 2003, Brazos Valley Gives always welcomes new nonprofits to join their next giving day that happens annually on the third Tuesday in October.

They work with donors, businesses and non profit charities year round.

You can learn more about their efforts and how to join them on their website.