In 2017, Eric and Stacey Brown welcomed their triplets into the world. They hope their story inspires others to reach out to those in need. 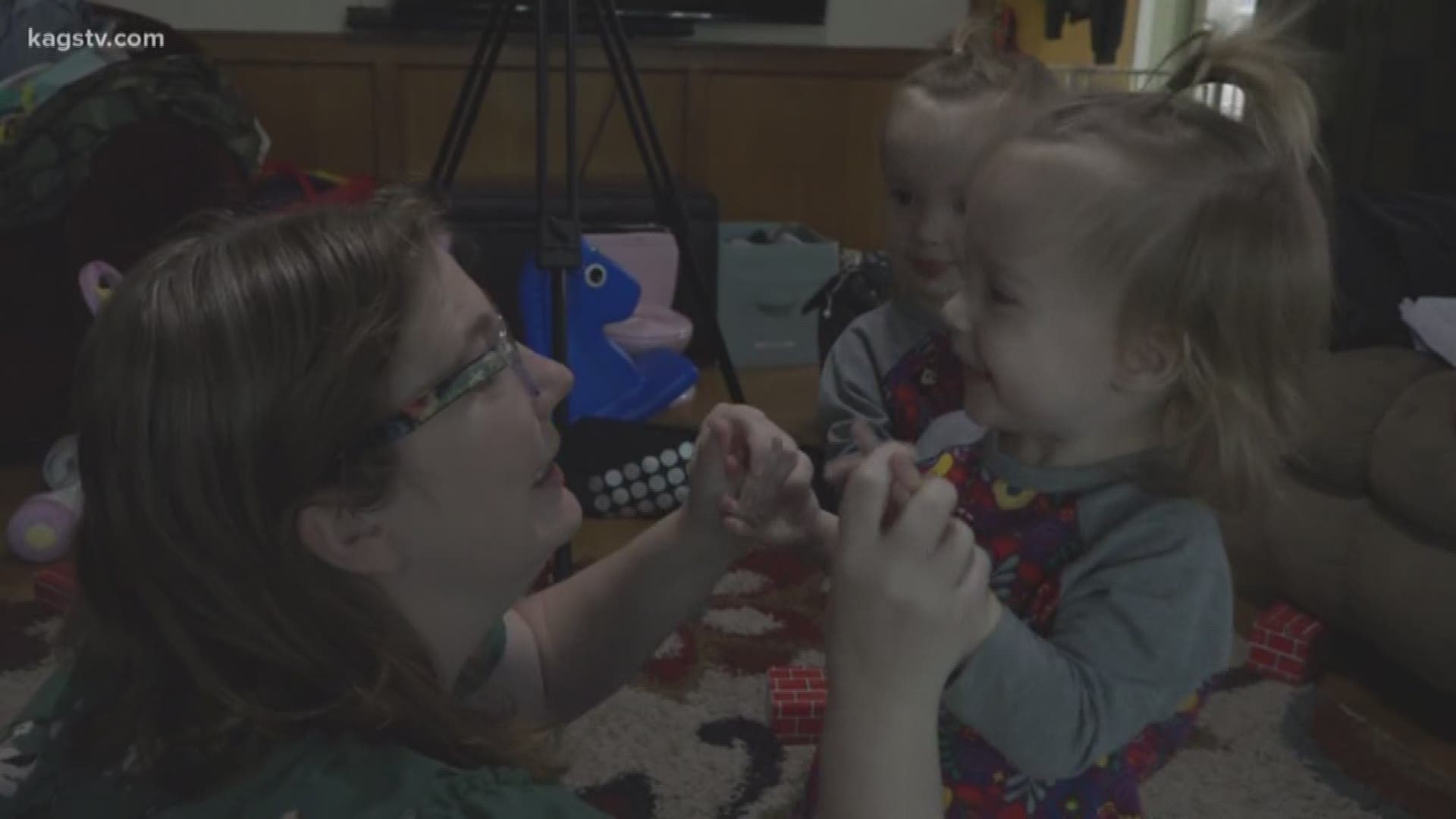 COLLEGE STATION, Texas — One College Station family was recently given a national spotlight with their experience having triplets born 11 weeks premature.

Eric and Stacey Brown and their kiddos are like any American family.

They have a 12-year-old named Lili, Luka is their eight-year-old and their triplets, Ellie, Sylvi and Liza are two.

Eric is a high school Special ED teacher and, Stacey stays home with the kiddos, but in 2017, just as their family was about to grow, the unexpected happened.

“I was 28 weeks and two days pregnant and woke up on a Friday in a lot of pain. Went into the hospital was having a contractions and ended up having a kidney infection and a gall bladder infection,” Stacey said.

Two days later, she was flown to a hospital in Houston, where she delivered her triplets-- three baby girls.

They spent more than 70 days at the hospital, racking up a big bill.

“The helicopter was $44,000 other bills were north of ten thousand,” Eric said.

“A lot of cost things with us where I was commuting to Houston three times a week. We were still trying to raise our older two while trying to help her with the three down there.”

Making things even more difficult,  Stacey had no paid maternity leave, using up all her sick days when the triplets were just a couple months old.

But with all they had to deal with, it was the Browns’ church family and friends who stepped in.

“We had friends who did t-shirt fundraisers. Eric would come home and find money on our porch. Gift cards on our porch. People were really supportive and blessed us in so many ways we’ll never be able to repay,” said Stacey.

Eric said, "to go home to a $10 gas card and a handwritten note is just what you needed after a long weekend.”

Luckily, with that help and some budgeting, their bills will likely be paid off by the end of this year, and the browns are now hoping to give back to others from their experience.

“The biggest thing for us is letting people know it doesn’t matter how small you thing you’re helping. It makes a huge difference,” Eric said.

“Just reach out because you're in such a state of mind that you know you need help but you don’t know where or how to ask for help. We tell people to just do it. Don’t ask just do it.”