The Knights of the Order of San Jacinto was founded by General Sam Houston himself. This organization only elects three members to the order each year. 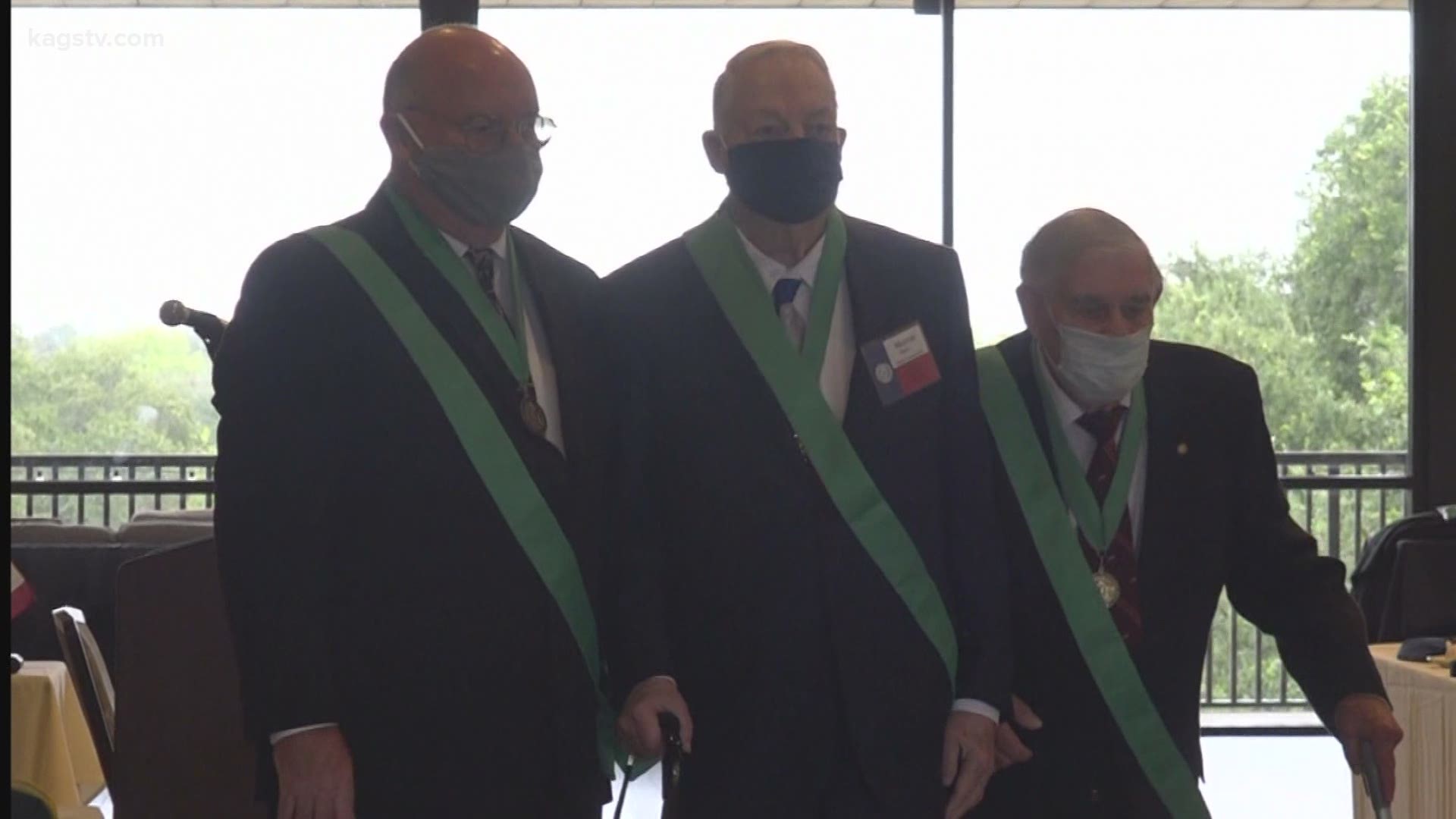 BRYAN, Texas — Who says royalty doesn’t exist in Texas? The Knights of the Order of San Jacinto is a historical organization that has a very exclusive membership.

Spanning nearly 200 years, the Knights of the Order of San Jacinto was founded by General Sam Houston himself. This organization only elects three members to the order each year, and Mervin Peters is the most recently inducted member.

“It’s a very pleasing time. While not a surprise today, when I first learned about it, it was completely a total surprise that it was done, but also that I’d even be considered for it. I’ve never given it any thought. I...didn’t even know about the application process. It was approved before I knew anything about it and so I'm just really grateful for the recognition and grateful for the chapter’s perspective on things I’ve been involved with," said the Sons of the Republic of Texas member Mervin Peters.

Peters did not know he was eligible for this award until after his retirement when he discovered that he belonged to the organization, the Sons of the Republic of Texas through lineal descent.

“I went through a lot of work on finding the gravesite and I discovered my great-great-grandmother had a piece added to her.  It was in the Navasota newspaper way back but it talked about her father having been killed by Native Americans in Burleson county up north of Caldwell in 1838. He had come here in 1837 to participate in Texas Independence," said Peters.

His contributions to the development of Boonville Heritage Park in Bryan built into his nomination for the knighthood induction.

“Boonville Heritage Park means a lot because it took a lot of time to be conceived and put in place. And hopefully it is something that this community will take excellent care of and use it as a tourist attraction and education venue for particularly younger people as they’re growing up and learning how the folks in the middle of the 1800s lived and the conditions they had," said Peters

Peters said the county has really done a great job of maintaining the park and hopes it stays that way for a long time into the future.