World War II veteran Joe Castellanos is about to turn 100 years old. And he says he's always known he would make it this far and expects to go much further. 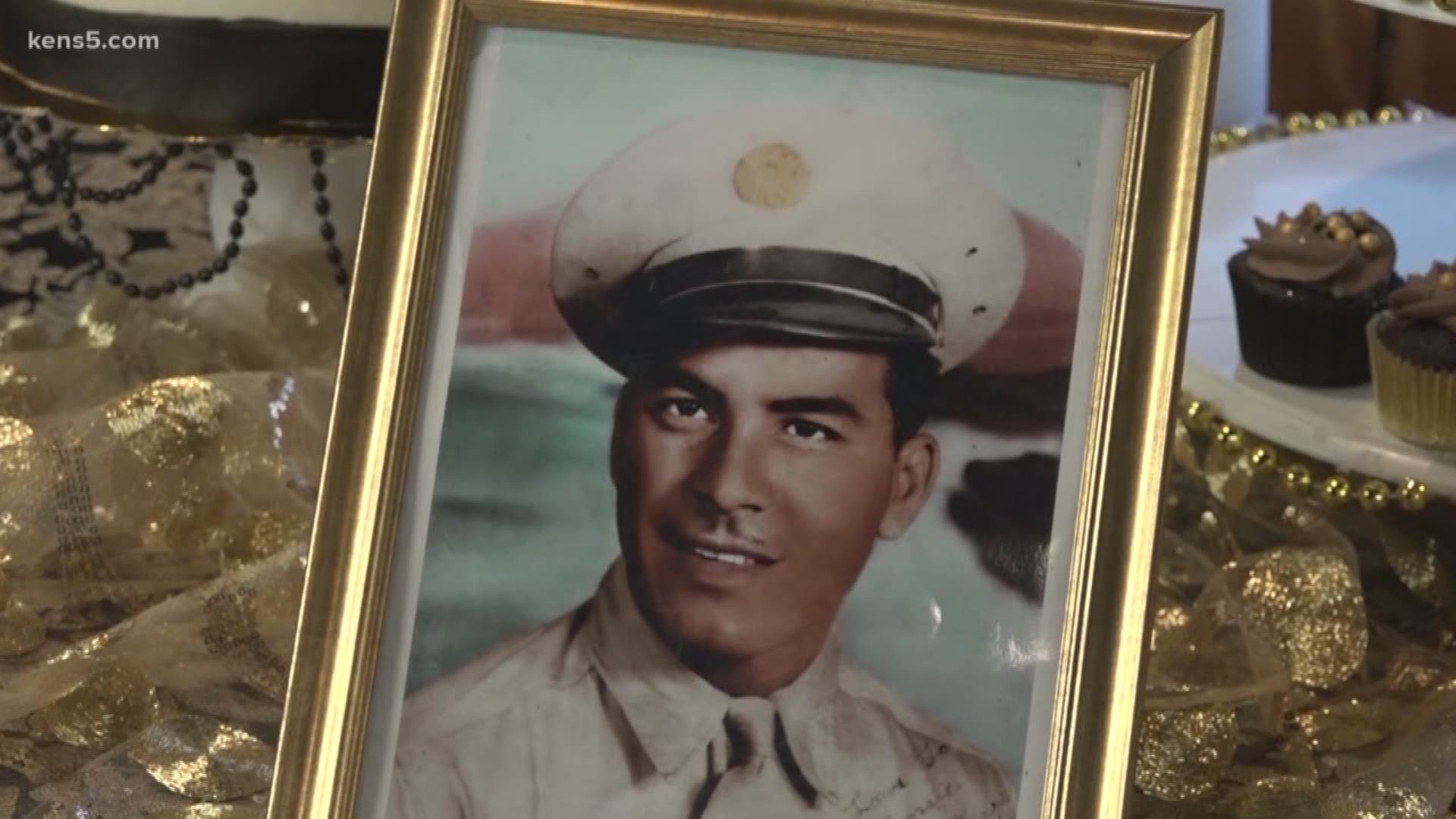 There was a well-deserved early birthday celebration on Saturday for one of San Antonio's oldest war heroes.

World War II veteran Joe Castellanos will soon reach a major milestone. It brings joy for Joey Castellanos to talk about his dad, who has seen a lot in his lifetime.

"I am happy that he served his country to the ability that he did," he said. "He was in World War II, and I believe the Pacific War. He was a medic."

Mr. Castellanos, or “Grandpa Joe,” was in the front row for his big party at VFW Post 76. The veteran received a lot of accolades at the party and was recognized by local, state, and federal officials.

His daughter Irene C. Bernal is so proud of her father.

"His stubbornness, seriously," said Irene of how her father has made it so long. "I know it is a joke. But really, he has been so stubborn. I think that is what has kept him going."

Castellanos says that he’s known all along that he’d make it to 100. In fact, he wants to make to 107. His secret to reaching this milestone is simple.

"I quit smoking and drinking," he said. "And I took care of my life and my family."

"I love them more," Castellanos said.

He will officially hit the century mark on March 19. Happy Birthday!