Jennifer Anderson was adopted at birth. In 2017, she realized she was destined to adopt too. Two years later, she found her daughter, Maddy. 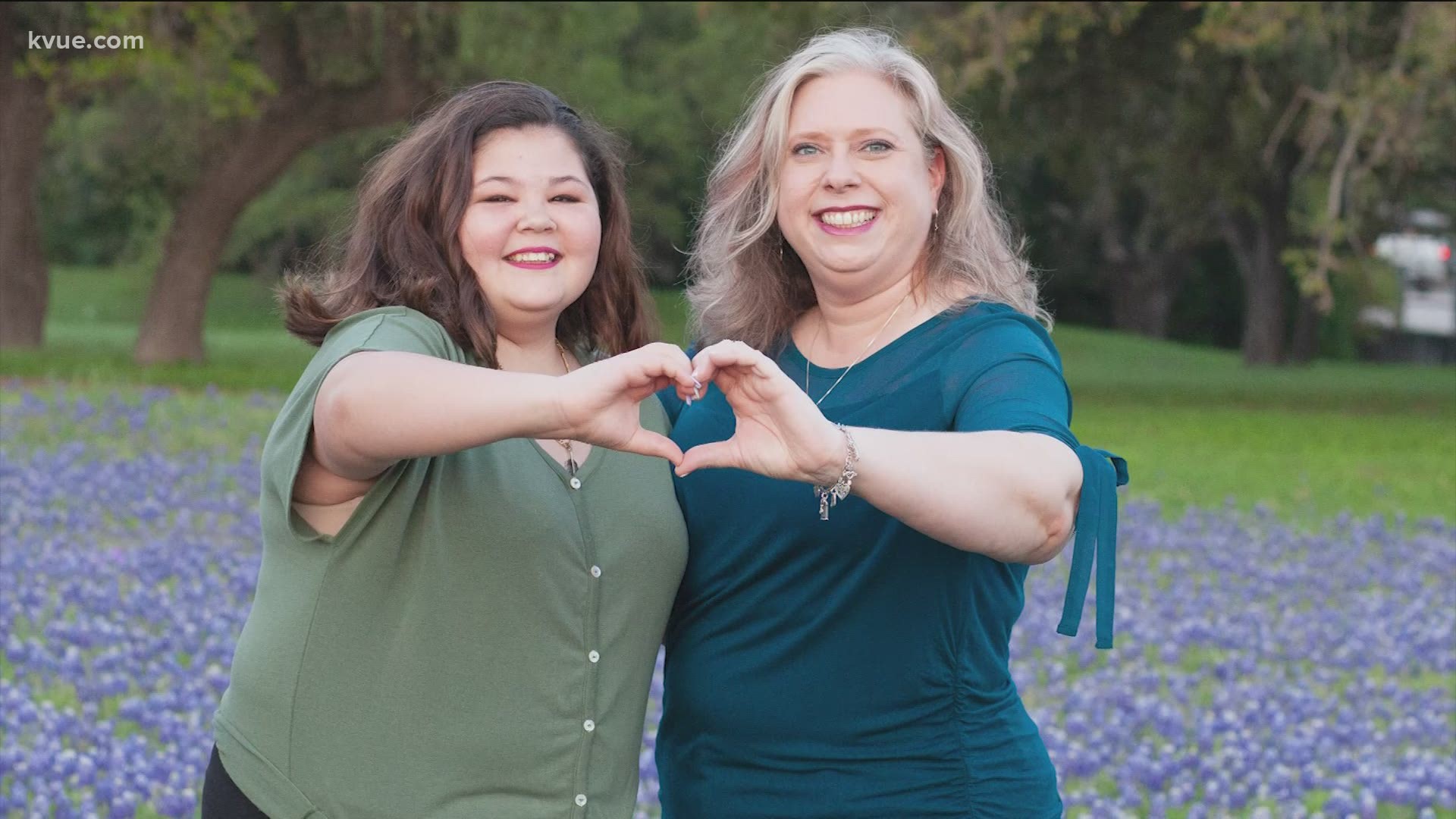 AUSTIN, Texas — It is a love that will last a lifetime. But the road to becoming a forever family wasn't always easy for Jennifer Anderson and her daughter, Maddy.

In fact, the Texas foster care system did not bring them together until 2019.

Rewind about 40 years back to when Anderson was born. Too young to care for a baby, her biological parents put her up for adoption and she was quickly matched with a forever family.

"I went straight from the hospital to the attorney's office to my parents' home," Anderson said.

She has spent her life with a caring and loving family, but the urge to adopt a child and give them a loving home herself always resided within her.

In 2017, she started looking into the idea of becoming a foster parent. Two years later, she turned that vision into a reality and got licensed.

"I started to feel that in my heart, I could help kids. Even though I was a single working woman, I could still do something," Anderson said.

A super special story tomorrow! The epitome of why adopting is such a beautiful thing. https://t.co/u2XC8o5FLR

Meanwhile, then 12 years old, Maddy was continuing to bounce from home to home, not knowing when the next move would happen or where it would take her.

Unlike her adoptive mom, Maddy lived in 16 homes and two facility placements throughout her life.

She was even in the Heart Gallery of Central Texas, a program by Partnerships for Children, where portraits of children in Central Texas foster care are displayed in galleries alongside their stories. The program increases the children's visibility in hopes of giving each child a great chance at finding an adoptive family.

"It was hard. It was emotional," Maddy said about growing up in the system.

However, on one special day in 2019, her life would change forever.

"Maddy was staying with another family in our agency and that person needed some support," Anderson said. "So, every once in a while, I would pick her up from school. We went on a shopping date. We went to dinner."

While it was love at first sight for Anderson, Maddy was not exactly on the same page.

Now 14, Maddy reflected back on the time she met her mom and explained that moving constantly made it very difficult for her to trust people. She pushed the boundaries and tested her future mom. But push after push, Anderson stuck around.

"The agency director called and asked if she could stay with me until they found an adoptive family for her. And I said, 'No, she can't just come stay with me. She can come live with me forever and I will adopt her,'" Anderson said.

Finally, on June 10, 2021 – exactly 40 years after Anderson found her forever family – Maddy got her family too. Now, they have one special day that connects them.

"It felt very powerful," Maddy said. "I finally knew that I was going to be in a placement and that I would never move again."

To learn more about children up for adoption in the Heart Gallery of Central Texas, head to kvue.com/foreverfamilies.

In search of a forever family, Kira loves to make people smile

Before older sibling ages out of Texas foster care, she wants a family for both of them