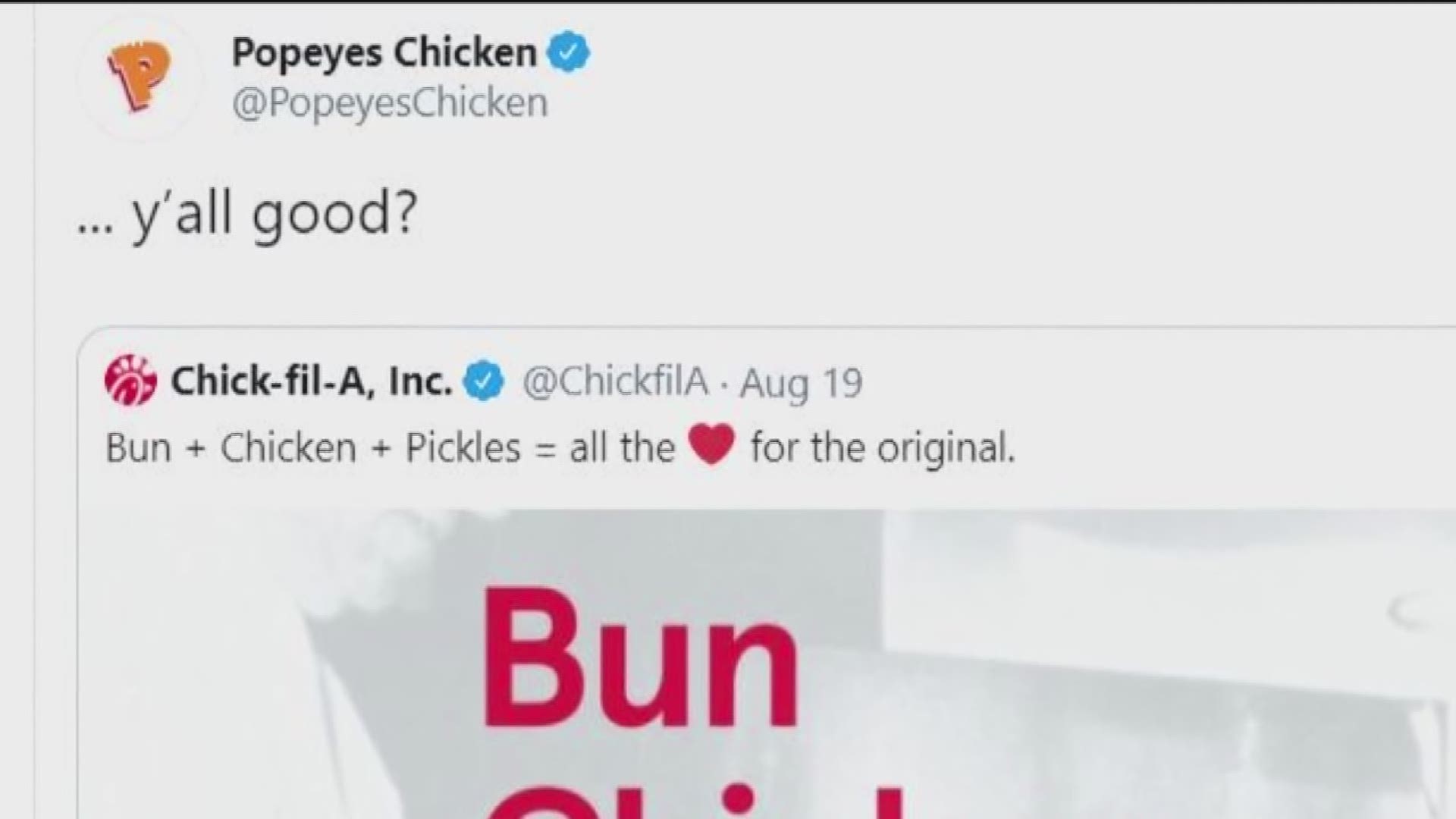 SAN DIEGO — Fast-food chains Popeyes and Chick-fil-A have been pitted against each other in a social media food fight over their chicken sandwiches.

Popeyes issued the challenge to Chick-Fil-A in a tweet on August 19 that asked: “...y’all good?”

“Chick-fil-A’s sandwich is kind of plain unlike when you have a Popeyes one. Theirs was good and now you have this new one, and you see what's better,” said Christopher Haywood who waited in a long drive-thru line at the Tierrasanta location.

The Tierrasanta Popeyes has sold out of its chicken sandwiches daily and has had to post signs saying “ sorry for the inconvenience, out of stock.”

“It’s been hard, we came at like 10:15 after they opened at 10, and they were out,” said Popeyes customer Hykeem Conant.

The Popeyes pandemonium has added pressure for employees. One cashier working the drive-through says the restaurant has been the busiest that she has seen in three years

“On Wednesday, we served 837 sandwiches that day," she said.

“The breading, it's just really good, so I thought I’d give this one a try after I saw the twitter discussion,” said the Mission Valley resident.

Patrons have been fanning out for Popeyes causing packed restaurants and sold out sandwiches across the country.

“It's bigger, it's more spicier, it’s cheaper, so that's everything I need right there,” Conant said.

After seeing sold out sandwiches at the Tierrasanta and Mira Mesa Popeyes, News 8’s Heather Hope drove all the way to the Vista location to get a sandwich after waiting 20 minutes.

Popeyes plans to keep the sandwich a part of its menu for a long time, but that has not been slowing down customers wanting to get their hands on the chicken sandwich in the meantime.