Texas transplants, Rich and Karen Womak have been serving up delicious barbecue for years and are not letting COVID-19 pump the breaks on their food truck. 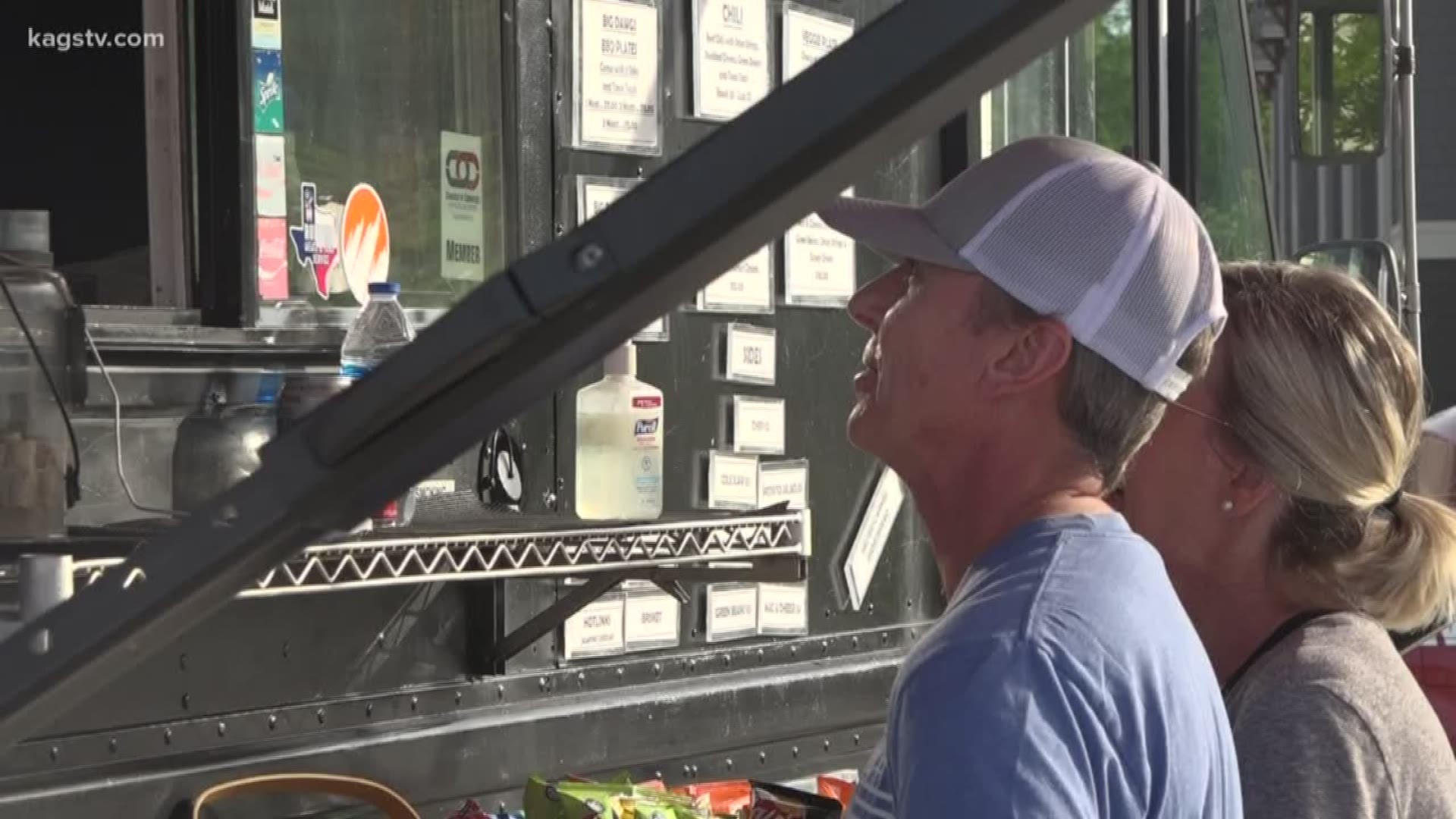 COLLEGE STATION, Texas — Given everything that's going on, over the past few weeks, we've been shining a spotlight on local businesses. KAGS got to know a couple who's intentions are just as good as their food.

“We’re very lucky that we’re getting out to apartments to make it a little more fun to give people things to eat,” said Rich Womak, co-owner of Big Dawg Barbecue in Bryan-College Station.

Rich and Karen Womak have been serving up delicious barbecue for years, but they’re still pretty new to Texas.

“We had a restaurant in boulder Colorado and it was miller barbecue burgers and beer... and we decided that we wanted to get a truck for catering then we decided we wanted to turn it into a food truck and had a blast with it... became very popular,” Rich said.

During that time, Karen lost her job of 27 years, and the couple realized the truck was successful enough to close the restaurant and just run the truck on their own.

It didn’t take long after that for Rich and Karen to move to barbecue’s home state.

“Our daughter went to school here at A&M, met a local boy, got married, stayed and we wanted to move here to be around grand-kids and shortly after we moved here, we found out shes pregnant,” Karen said.

Since getting here in October, these soon to be grandparents have traveled all across Bryan-College Station, having the time of their lives.

Rich said, “We work when we want to work as hard as we want to and take time off.”

They are putting time and attention to every dish, from bowls to brisket.

“We’re zigging and zagging right now. We were chosen as the chili vendor at Chilifest this year... and we know where that went... and we had a weekend date at the Expo Center so we took a couple weeks off and kept looking and said wait a second, there's people at apartment complexes who need food," he said, "That’s when we decided to contact some apartment complexes and go there at nighttime.”

“They're like, thank god you’re here, when are you coming back next?... but there's a lot of people out there food trucks, small restaurants that are struggling. So it is important to go out there and look and see where you can help out. Try to find the mom and pops and the people who got four or five employees and their family depends on that money.”