Back in 1971, retired Corpus Christi Police Captain Perfecto Rodriguez Jr. donned the blue robe after earning his certificate in Police Science from DMC. 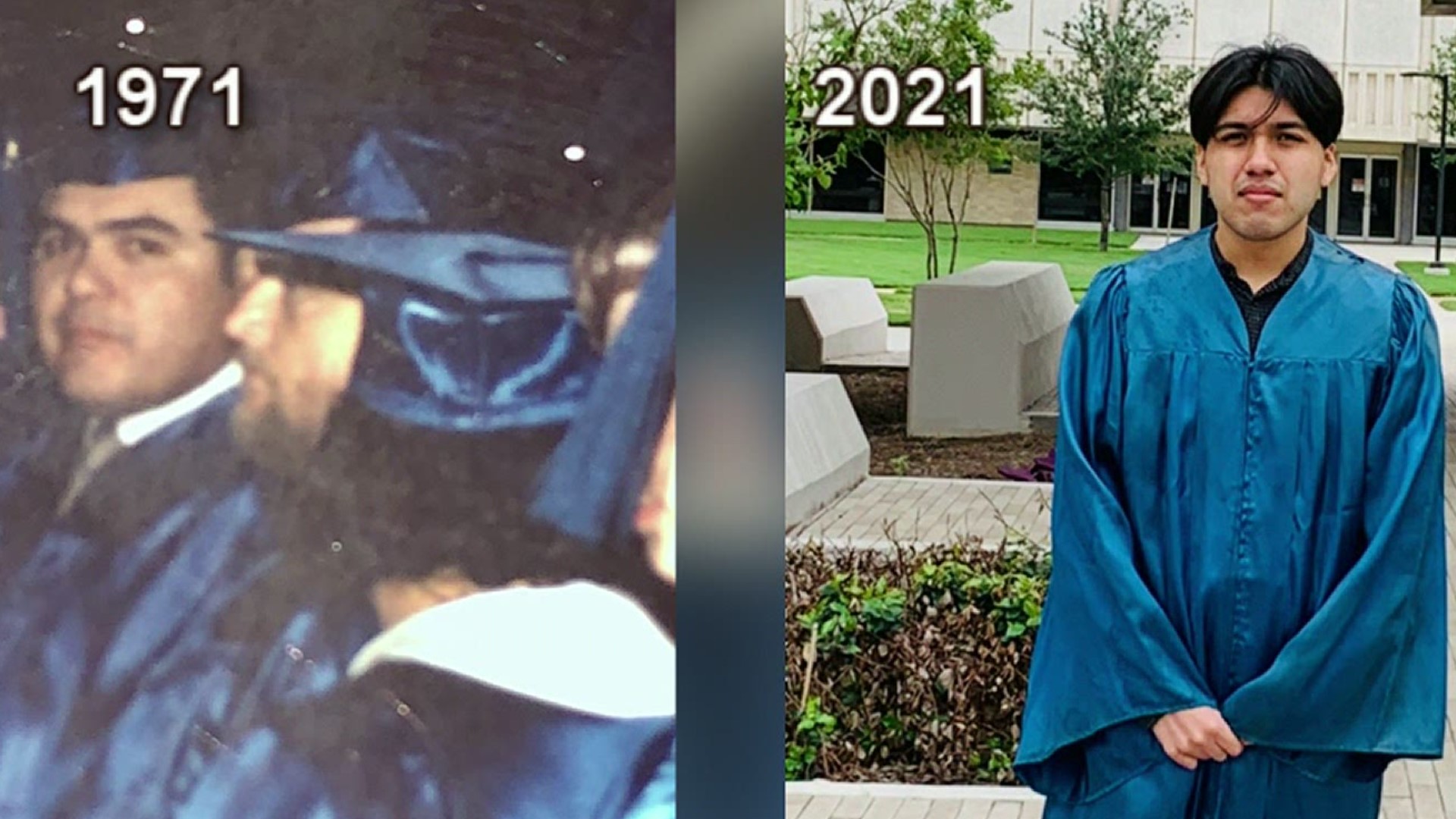 CORPUS CHRISTI, Texas — Students from Del Mar College are marking the next chapter of their lives with a virtual spring graduation ceremony, but there is one graduate in particular who is standing out because of the unique way he found to honor his grandfather. His grandfather also happens to be a Del Mar College graduate.

It's a time-honored tradition, donning a cap and gown when you graduate and it's no different for Carlos Medina."

At Del Mar, actually allowed me to grow and see how things work in the field I'm in.," said Medina.

Medina is receiving his Associate Degree in Arts for Radio & Television from Del Mar College. His family went all out to celebrate the big accomplishment with decorations and barbeque.

Most significant, the gown he is wearing carries a special meaning he is proud to represent.

It's also the same gown that was worn by his grandfather, Perfecto Rodriguez, Jr. half a century ago.

"Kind of crazy, I didn't think he would still have it," said Medina.

"I thought I got rid of that gown many years ago," said Rodriguez.

It was back in 1971 when retired Corpus Christi police captain Perfecto Rodriguez, Jr. donned the  blue robe after earning his certificate in Police Science from Del Mar.

"The gown is just about as old as I am," Rodriguez jokingly said.

Rodriguez also happens to be the first Mexican-American from the CCPD accepted for training at the National Academy of the Federal Bureau of Investigation in Quantico, Va., in 1974.

Fast forward 50 years later and a little spring cleaning uncovered the gown. While color might be a little faded and it might be rough around the edges, it's still a perfect fit to uphold a family tradition.

Medina represents the third generation to graduate from Del Mar College. Medina said he was able to earn his degree thanks to the values instilled in him by his family.

"Simply work hard, show up on time, be the best I could be," said Medina. No doubt, his grandfather is extremely proud.

"Very well the best thing he could have done," said Rodriguez.