PBR, the world’s leading bull riding organization, will be bucking into Bryan-College Station for the first time in league history, April 9-10. 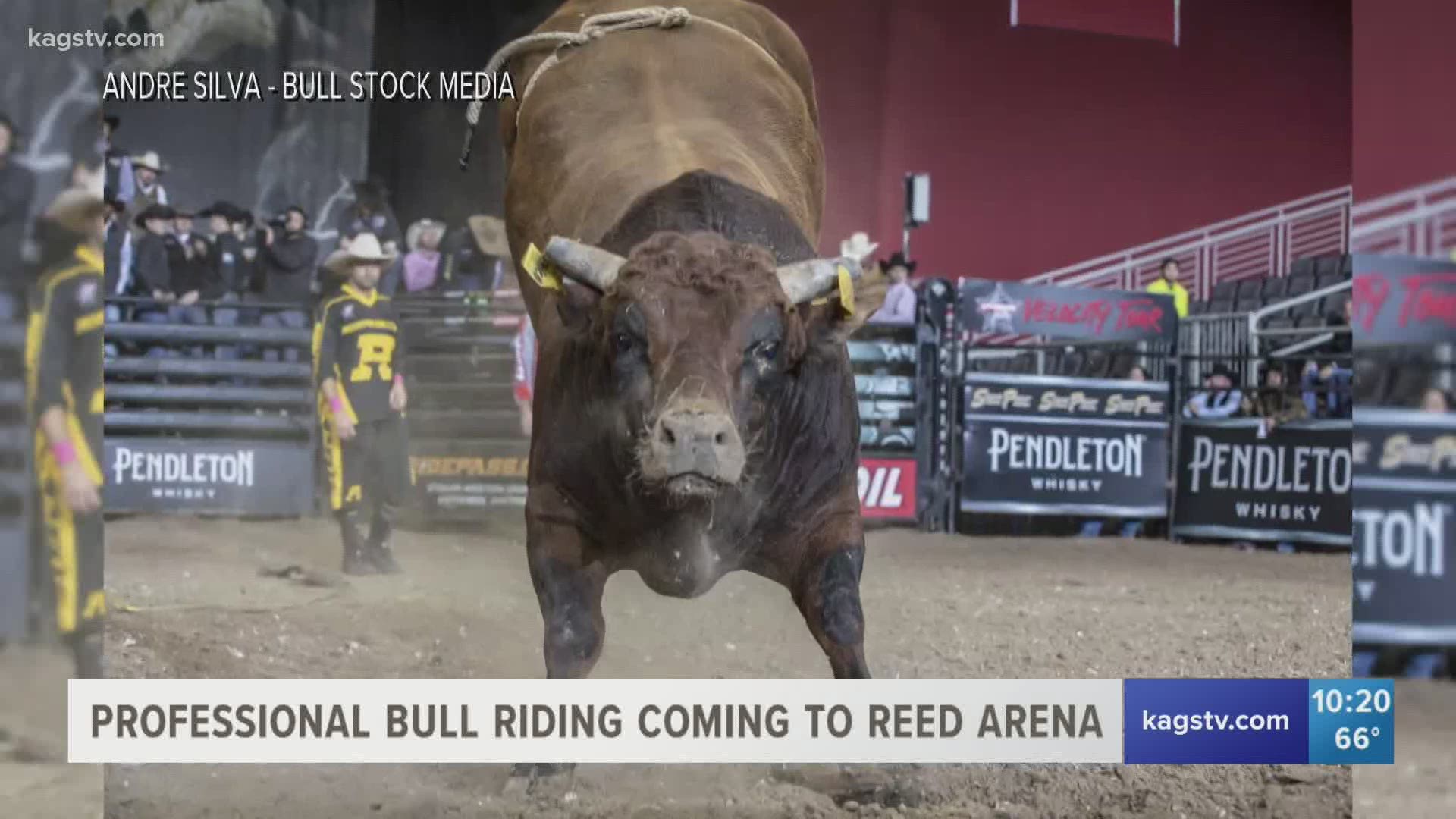 COLLEGE STATION, Texas — Reed arena will be filled with over 1.5 million pounds of dirt, six football fields of steel, and over 120,000 pounds of bovine athlete for the two-day event.

The top bull riders in the world will converge for a chance to win thousands of dollars and points towards the 2021 PBR World championship (and it’s $ 1 million bonus).

First, the bulls need to be prepared and need specific treatment and feed to be their best.

Dennis Davis, a PBR Stock Contractor, said it’s very important to pay attention to their health. Davis said he personally feeds them a specific feed that is high in protein and fats.

In this sport, danger lurks around every corner. Jose Vitor Leme endures the after shock of Outlaw's attack in Kansas City. pic.twitter.com/BrCRr9M19C

“Their whole health has a big deal to play in their performance, so guys like myself have to pay attention to that and stay on top of those things,” Davis said.

Next, the massive animals need to be transported from the barn to the arena.

Davis said bulls are just as smart as humans and they don’t depict the traditional bull on television.

“When you see them [bulls on TV] hooking and fighting, that’s the human that’s already angry. I can let these bulls out and they see the trailer out, they will walk to the trailer themselves,” Davis said.

Bull riding has been around for over 100 years and Davis says he thinks it’s still prominent today because of the passion that comes from it.

“I think it was started by one of those dudes that said ‘hold my beer, let me go see if I can ride one of these cows’ and that’s where the competition went from there,” Davis said.

If you’d like to find out more on what PBR can offer come April 9th and 10th, you can go to their website here and purchase tickets at this website.