As of Monday evening, friends, customers and family have donated about $2,500. 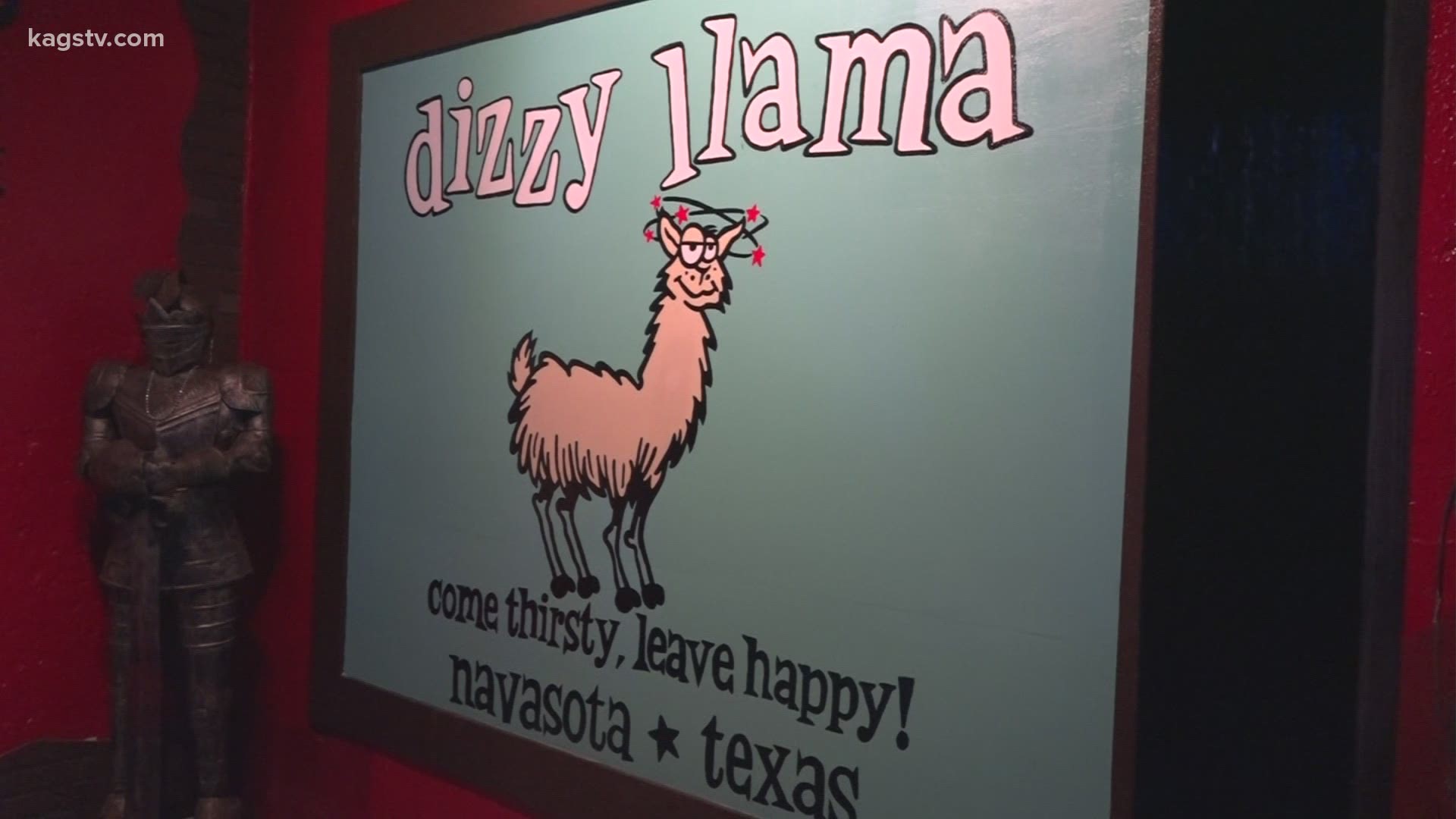 NAVASOTA, Texas — When Governor Abbott opened up a lot of businesses like restaurants, clothing stores and libraries back up to 75 percent capacity, he left out one industry: bars.

After several months of being closed, a bar in Navasota is asking for help from their community to stay available when it’s their turn to open their doors.

Walking into the Dizzy Llama, you can see how unique it is from yards away. Owner Tracee Weigand said there's no special story behind the name, she just likes llamas and the letter z.

What is special is her passion for her business.

A bartender since age 19, she opened the Dizzy Llama back in 2012. Her bartender, Tessa Reynolds, has not worked for Tracee for very long, but already knows how special it is. "The Dizzy Llama’s kind of like the heart of Navasota for those people that just need a place to get away.”

It's a unique bar with a common problem.

Governor Abbott’s order to close bars came down in March, opening them up briefly in June only to close them again. Tracee knows the Dizzy Llama is in danger.

She said throughout these past six months, they got a total of $2,700 from the PPP Program and city of Navasota combined. As grateful as she is for that help, she said, it couldn't sustain them, not even for a month.

“It’s hard. I have one daughter," she said. "She’s in college and this is all we have. We’ve used any savings we’ve had. We’ve sold everything that we could, we’ve borrowed from everybody that we could.  I mean, we’re done.”

In a last ditch effort to stay afloat, Tracee started a GoFundMe for her business. As of Monday evening, the bar has raised $2,500 from friends and loyal customers.

“Its been great. It’s a small community and everybody’s giving what they can," she said. “I know it’s a hard time for everybody too.”

With no end of their closure in sight, Tracee said she hopes her passion can stay afloat just a little longer.

“We love the business. We love our customers," she said. "We put a lot of blood, sweat and tears into this place, and to lose it for something beyond our control it’s gonna be…it just not fair.”

As of Monday afternoon, Governor Abbott seemed to hint at reopening bars in Texas once more in a tweet, but did not give a timeline on any openings.

Texans have continued to keep COVID under control.

The hospitalizations, number of new positive cases, and positivity rate remain contained. Today was one of the lowest for fatalities in a long time.

I will be announcing more openings soon.