One parent is upset after she said her two unvaccinated sons risked their lives to go to campus to take the test. 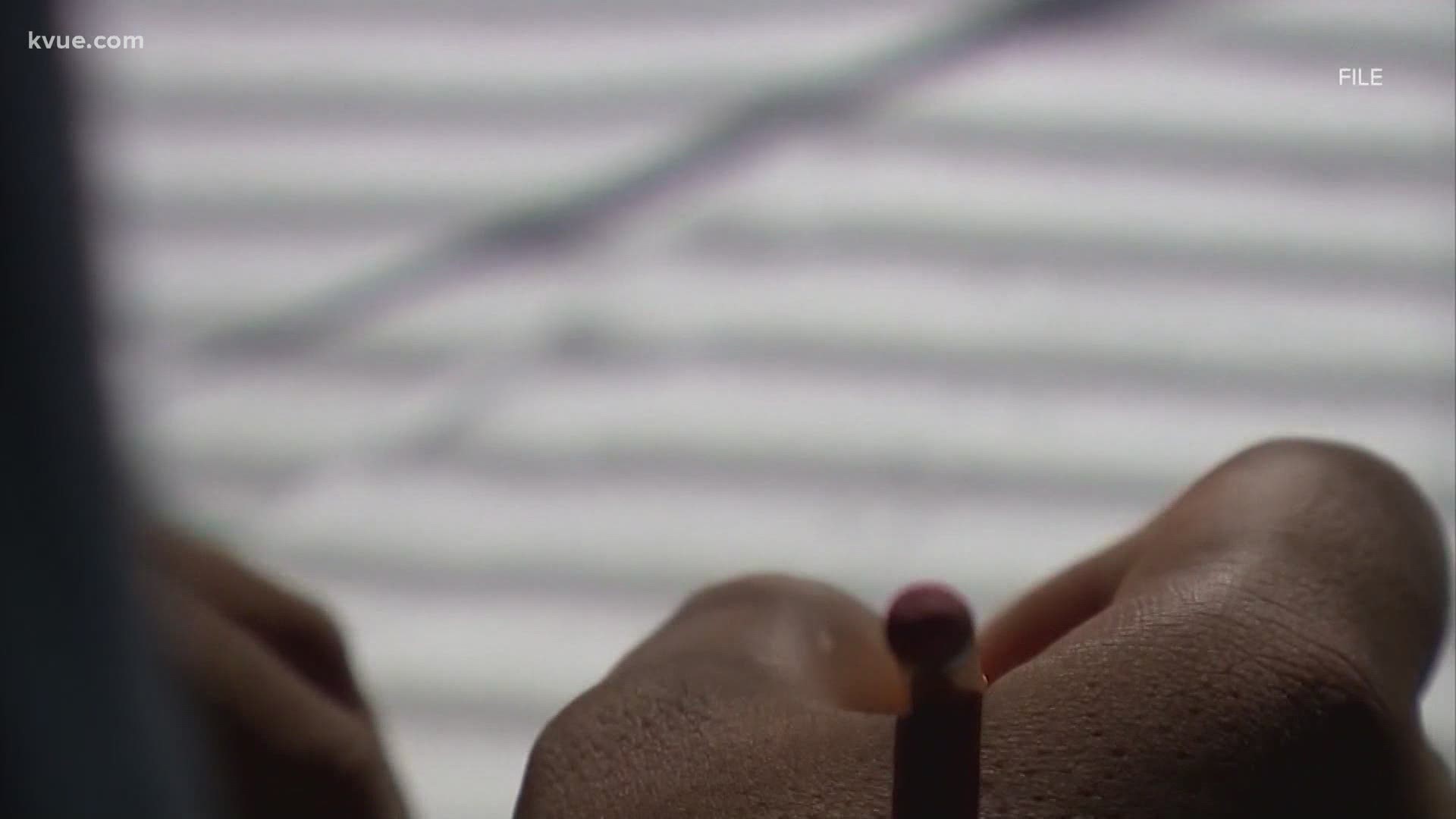 AUSTIN, Texas — Technical issues canceled STAAR, or State of Texas Assessment of Academic Readiness, testing for thousands of students across the state on Tuesday.

The Texas Education Agency (TEA) said connectivity issues caused the disruptions on day one of the five-day testing period.

"I am the parent of two sons, both 15 years old, one at McNeil High School and one at Early College High School, both at Round Rock," Breedlove said.

The mishap was especially upsetting for Breedlove because there aren't vaccines for children yet.

"I have two unvaccinated kids. You know, what's going to happen if somebody gets in there and they get exposed? How will that be acceptable to anybody? Dear God, what if one of them dies?" she asked.

As an IT professional, Breedlove said there's no excuse for what happened. The TEA agreed, sending out the following in an email on Tuesday:

“Earlier today, districts experienced connectivity issues with the STAAR Online Testing Platform (SOTP). We posted updates to the STAAR Assessment Management System dashboard every 10 minutes to keep districts apprised of the progress in resolving the issue.

“The three STAAR tests affected were Grade 4 writing, Grade 7 writing, and English I. This was the first of five days that students were eligible to take one of these three tests online.

“At 10:17 a.m. CDT today, districts were advised if they were having issues that they should stop online testing for the day while the vendor works to resolve these problems. Online testing will resume tomorrow.

“We are still analyzing data to determine the number of students affected. Students could have experienced four different scenarios with online testing today:

“We understand the frustration this has caused students, parents, teachers, and administrators. What happened today is completely unacceptable. ETS, the testing vendor, experienced problems with their database system, which are in the process of being corrected. The 2021 online administration of STAAR will be ETS’s last for the State of Texas. Beginning next school year, Cambium Assessment will be taking over these critical testing functions to ensure that users have a seamless online testing experience moving forward.

“All involved in public education in Texas should expect better than what they have experienced today; we are working to ensure that our students do not experience future testing issues.”

Despite that, Breedlove said mandating the test in the first place feels like a money grab, especially during a year when so many students are learning virtually because of the pandemic.

"Why do it in a year like this? Why risk your kids, too? Why risk, like, taking an unnecessary risk to fulfill a contract?" she asked.

One wrote, "freshman daughter just texted it's canceled. Good grief, can it be canceled forever?!?"

But the TEA announced that STAAR testing resumes on Wednesday.

A spokesperson with Round Rock ISD sent the following statement to KVUE:

"Not all of our students were scheduled to test today, but TEA gave flexibility with the testing windows. We know for sure that 1,177 4th graders (writing) and 1,894 English I EOC testers had some sort of disruption today. There could be more at the high school level who weren't able to log in."

"During STAAR testing this morning, a statewide outage of the state’s online testing platform (ETS) disrupted online STAAR testing for LISD’s fourth- and seventh-grade students. Those taking the test on paper were able to continue testing. This outage is affecting our students’ ability to complete the internet-based STAAR test at this time however, some students were able to continue and/or resume online testing within the allotted time.

"TEA is aware of the issue and will be providing guidance as to how students can proceed who have already begun testing as well as what actions should be taken by students who have not yet begun the test.

"Thank you for your patience as we work through the situation and minimize the disruption to the school day."

A spokesperson for Austin ISD sent this statement:

"We've spoken with our testing director and the same TEA system that crashed would have provided the number of students that would have been taking the test."

Texans have until April 14 to renew vehicle title and registration