Vinegaroons are popping up in Texas. But, are they harmful or harmless?

And if you're wondering how they got their name, it's because they're capable of shooting spray composed of acid or vinegar. 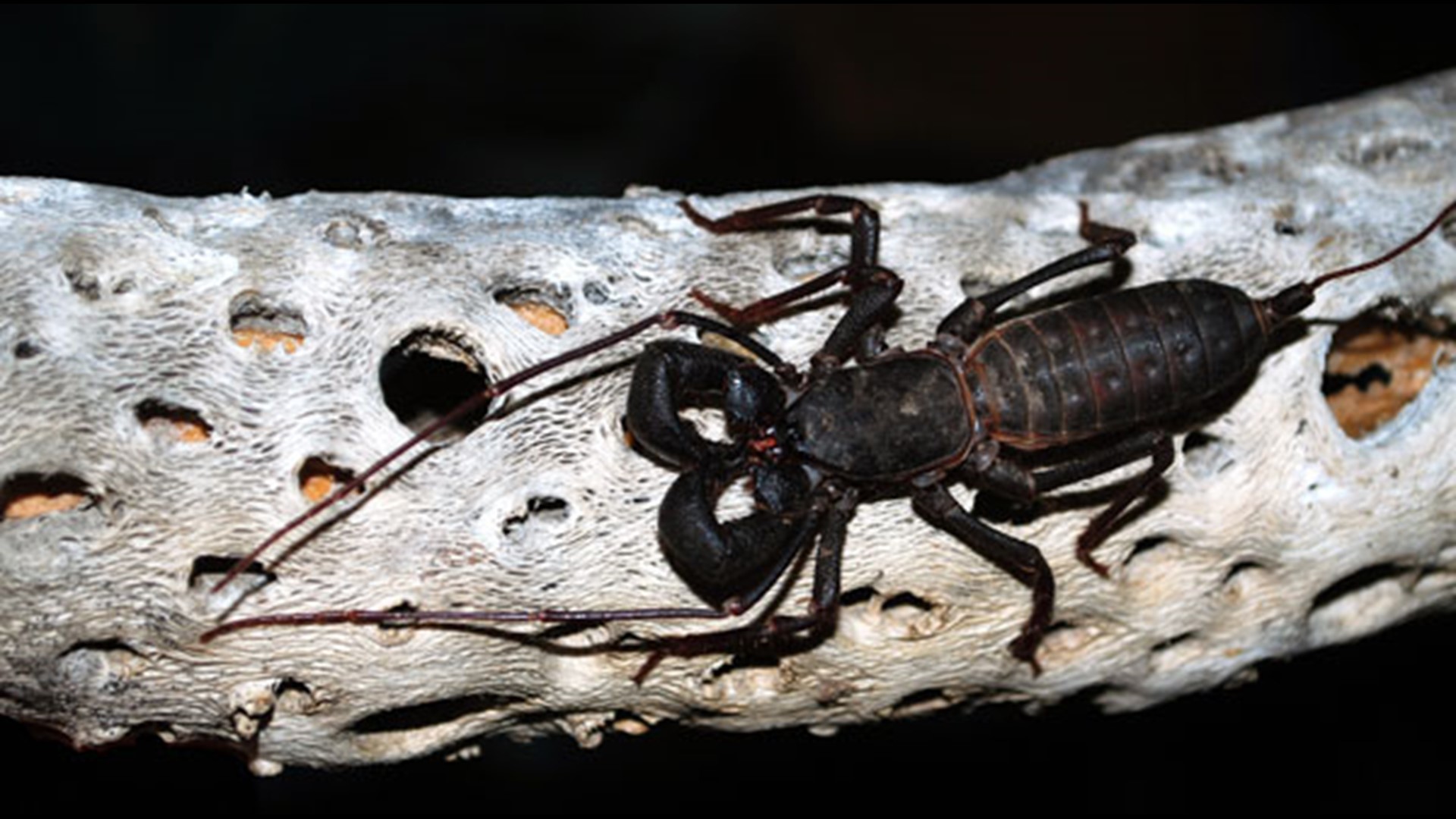 TEXAS, USA — There's an arachnid that is a mix between a scorpion and a spider; sounds like what nightmares are made of, right?

Well, these arachnids are starting to pop up in the Lone Star State. This is a Vinegaroon, also known as a whip scorpion:

The Big Bend National Park says summer rain is what brings Vinegaroons out of their burrows. They're about three inches long and the park says they're relatively harmless. Unless, you happen to annoy them and then they bite.

It's painful, but not toxic.

And if you're wondering how they got their name, it's because they're capable of shooting spray composed of acid or vinegar.

First Texans had to deal with cicadas, and now this?! Yikes!