Social distancing can have affect on family violence

“Isolation has increased, fear has increased, just about people’s health and safety. This actually exacerbates it when someone’s living with an abuser.” 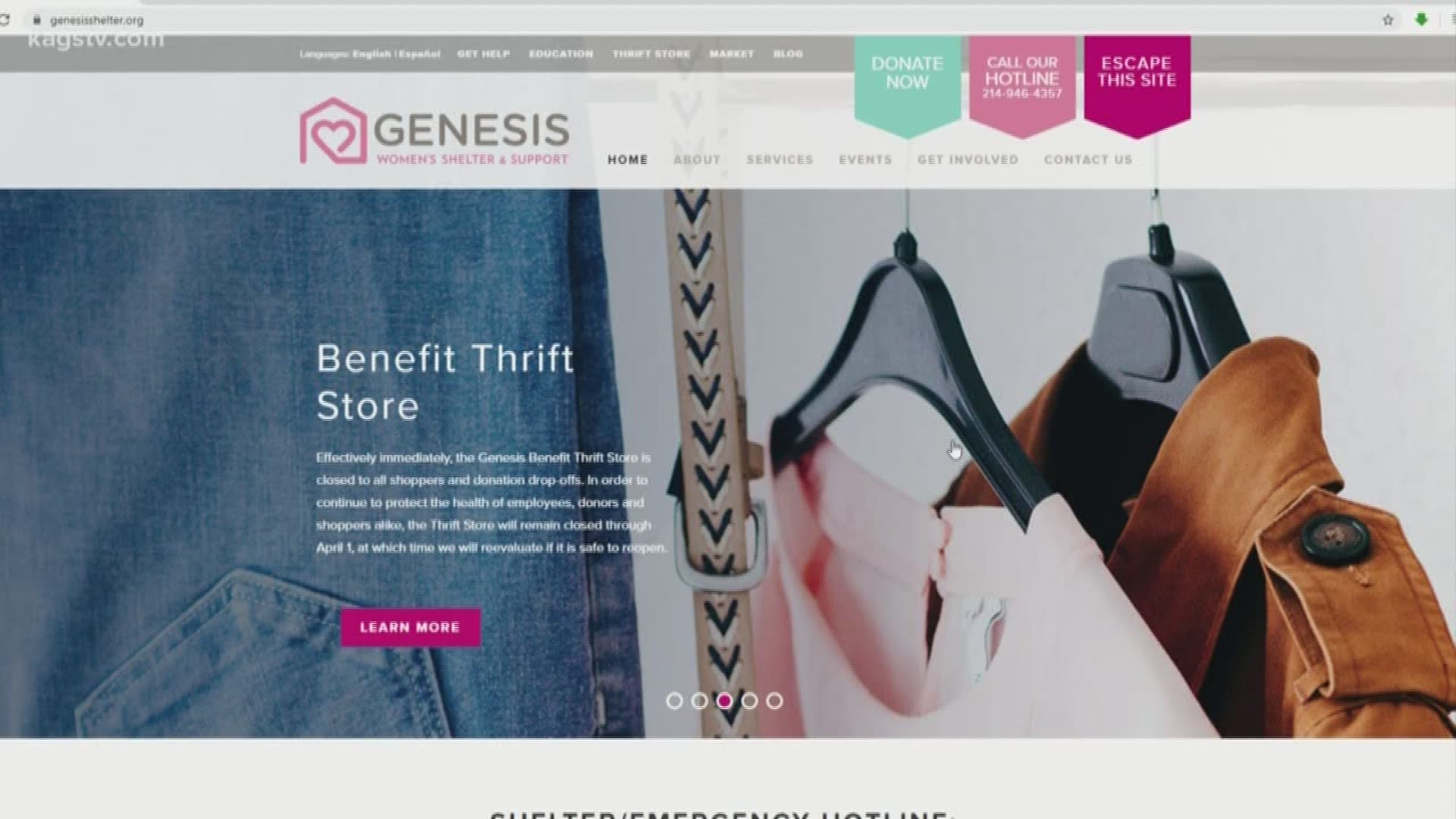 BRYAN, Texas — By now, most people have heard the shelter in place guidelines, basically telling folks to stay in our homes unless absolutely necessary; but what effect can that have on those with abusive family situations?

According to Jan Langbein, the CEO of Genesis Women's Support Shelter in Dallas and a board member of the National Domestic Violence hotline, “isolation has increased, fear has increased, just about people’s health and safety. This actually exacerbates it when someone’s living with an abuser.”

Langbein said while sheltering in place is great to prevent the spread of COVID-19, it’s increasing the intensity of abusive situations.

"We know that fear and isolation and manipulation are all dynamics of domestic violence,” she said.

In the Brazos Valley, there hasn’t been a real change in reports of family violence.

Tristen Lopez from the College Station Police Department said, “looking at the numbers, it doesn’t appear that we’ve had a significant increase in domestic violence incidents. When you look at the exact numbers for March of this year and march of last year, the lines are about level.”

At the Bryan Police Department, Kelly McKethan said, “we’re not seeing a huge, drastic change in numbers in either direction. In child abuse cases, we’re up by two this year, just in the months of February and March.”

While many would think there’d be more of a spike in calls to report abuse, Langbein says, there is actually an opposite effect.

“The truth of the matter is unfortunately there are not many opportunities for hotline calls. The abuser is right there at all times now, because of the sheltering at home the stay at home,” she said, "We’re also seeing a reduction in opportunities to hold accountable the perpetrator 911 call centers all across the country are inundated, courts have gone dark... Meaning they’re not hearing trials that can offer protective orders and protection for victims of domestic violence.”

It’s a scary situation, but even while social distancing, there is help.

Langbein said victims can make an excuse to leave the house for a phone call to the Domestic Violence Hotline.

National Domestic Violence Hotline
The Hotline commends the passage of the Coronavirus Aide, Relief a... nd Economic Security (CARES) Act (S.3548). This act will include crucial funding to Family Violence Prevention and Services Act (FVPSA) funded programs that provide emergency housing and shelter to domestic violence survivors across the country.

“We can still do counseling over the phone. Talk about safety planning, deescalation. Find the safest part in your house," she said.

McKethan said, “for kids there is the be safe app. The schools are used to that and they share that information with us when it’s necessary.”

“It really seems like the whole country is dealing with a helpless hopeless time, and for victims of domestic violence, it’s even worse but there really is help and there is hope,” said Langbein.

KAGS reached out to a few other areas in the Brazos Valley.

Some have not gotten back to us, and others like Huntsville say that they haven’t had a change in the amount of family violence calls.

'Why don't we embrace it?' | Bryan ISD seniors creating new traditions when it comes to graduation

Containing COVID-19 requires everyone to do their part