The housing market in Bryan-College Station hit a small bump at the beginning of quarantine, but its bounced back and is relatively on track compared to years before 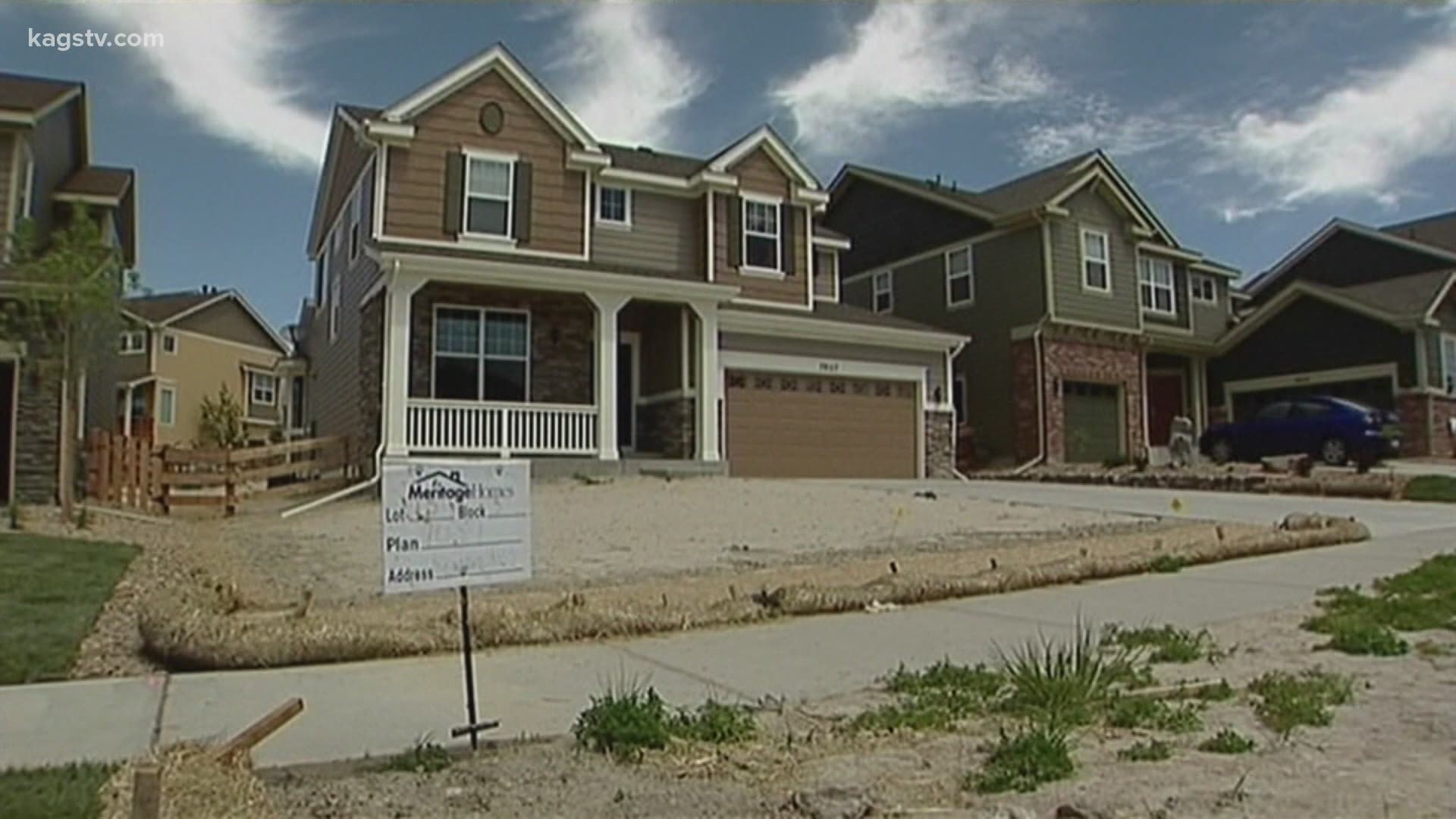 BRYAN, Texas — While some industries were hit extremely hard when the pandemic started, others didn't seen as big of a change the last couple months.

The housing market in Bryan-College Station hit a small bump at the beginning of quarantine, but its bounced back and is relatively on track compared to years before.

“We get a lot of traffic throughout the summer of people moving because of school or because of a new job with the university or some other employer here in the area and we have a lot of sales that rush the system in July and August and then the number of listings that are being taken or the number of active listings in the inventory tend to drop down a little bit because there’s a lot of fire activity that’s coming in and there’s not as many listings in place on the market to kind of take that place," said BCS Regional Association of Realtors executive Amy Dubose.

Right now we are in a seller’s market, meaning there is currently a higher demand than the supply.

“If you’re a seller and you’re wanting to put your house on the market, it’s a good time because inventory is low. And then you also see that kind of up and down a little bit with price point as well," said Dubose.

The average number of days that homes are active on the market has only slightly increased since 2019.

"I don’t see any issues with the marketplace going into the fall or in early 2021. I think it’s healthy enough to kind of take care of itself, I think that buyers and sellers both just need to remain realistic with their expectations as far as what can happen [and] what should happen," said Dubose.

She added that home sale prices in Bryan-College Station have stayed relatively the same as they were last year at this time.

With this years statistics quite similar to those of the housing market last year, BCS Regional Association of Realtors says it demonstrates a stronger buyer and consumer confidence in the Bryan-College Station housing market.