Thanksgiving by the Numbers

With thousands of calories, quite a bit of money spent and a host of other things, Turkey Day involves a lot on your plate. 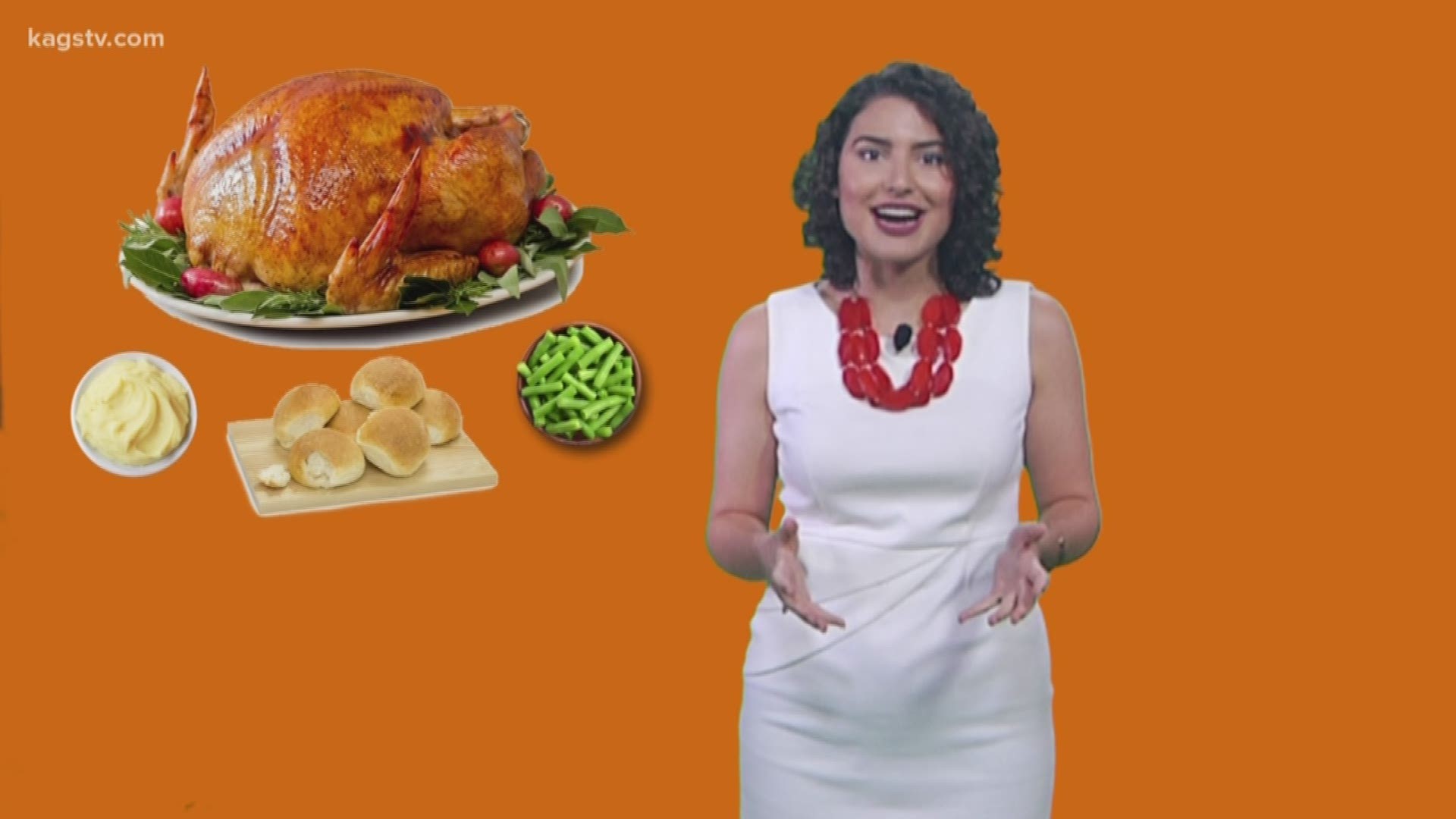 BRYAN, Texas — While you’re readying your kitchens, your silverware and probably your stomachs, you can break Thanksgiving down by the numbers.

It was declared a national holiday by our good buddy and 16th president Abraham Lincoln in 1863.

Since then, America’s been prepping about 46 million turkeys for Thanksgiving each year.

We spend about $552 million on those turkeys each year.

The average price for a Thanksgiving meal to feed 10 people will run a family about $48.90, though.

That main course, plus all the delicious sides add up to between 3,000 and 4,500 calories that we consume on the big day.

The average man would need about 10 and a half hours to burn the meal off.

Since most people probably won’t have that kind of time though, at least spend some helping mom in the kitchen, because 1 in 4 Thanksgiving hosts wish they had more help with prepping the feast.

And while you’re in the kitchen, watch the Macy's Thanksgiving Parade! Eight thousand people put some hard work into it!