What started as a photographic exhibit, "Ground Zero 360" has grown into an expansive display of artifacts and memorabilia from families of those who died that day. 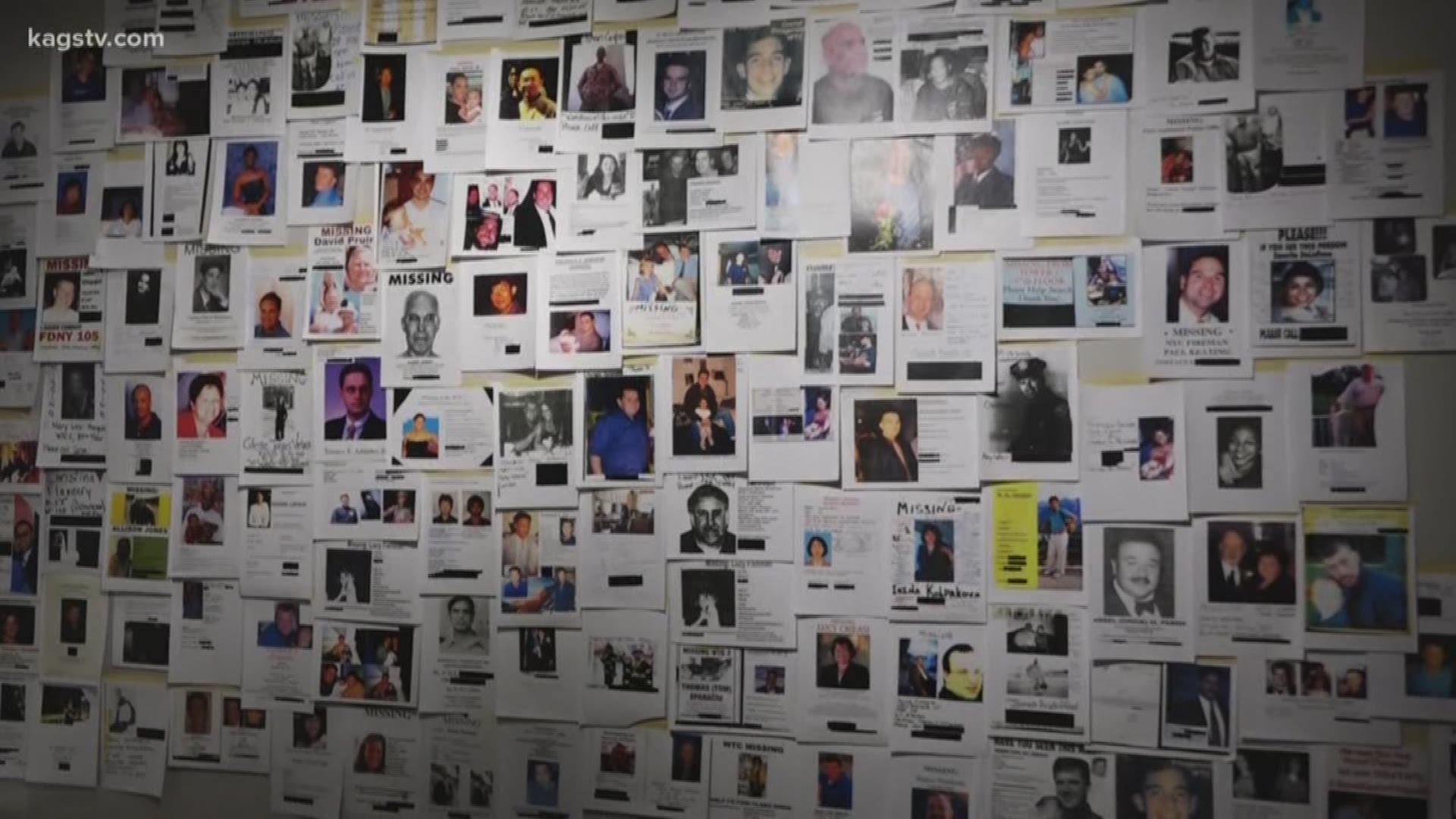 COLLEGE STATION, Texas — The Arts Council of the Brazos Valley is remembering the tragedy and those lives lost on September 11, 2001 by hosting a traveling exhibit, Ground Zero 360.

“I can’t think of a better way to commemorate 9/11 than coming to an exhibit of this nature... Ground Zero 360 began as a photographic exhibit that was put together by an Irish photographer that was living in New York City at the time of the attacks,” said Brian Blake, the Marketing and Development Director for the Arts Council.

It debuted on the 10th anniversary of 9/11 and has since grown with artifacts donated by family members of first responders who lost their lives that day.

“Some of the things that are in the exhibit that resonate with people are some of the steel from the world trade center, some of the marble that was in the buildings as well as we have audio recordings from some of the first responders from their radio calls that day,” Blake said.

“Those really put you back in the moment and take you back to that morning.”

While there’s not a direct Texas connection to the exhibit, Blake said that the first responder community in the Brazos Valley have come to show their support.

The Arts Council of Brazos Valley
A Tribute To FDNY Firefighter Michael Lynch Engine 40; Last Alarm 9/... 11/2001. In a family of 10 children like the Lynches -- this one Democrat, that one Republican, some of them independents -- disagreements happen. And at family dinners, Michael, the seventh oldest, was the peacemaker.

The families of those represented in ground zero 360 say hope visitors, "remember the person that their loved one was and how they sacrificed their life saving others,” said Blake.

“There’s a whole generation of kids that don’t remember 9/11... and you know, we promise to never forget, and so this is an opportunity for people to share with their children or their grandchildren about the tragedy of 9/11 and really teach the next generation about what happened.”

The exhibit will be on display at the Arts Council until November 11th.