"Archeology and history is right under your feet," said Dr. Thomas Williams, Post Doctoral Research Associate at The Gault School of Archeological Research. 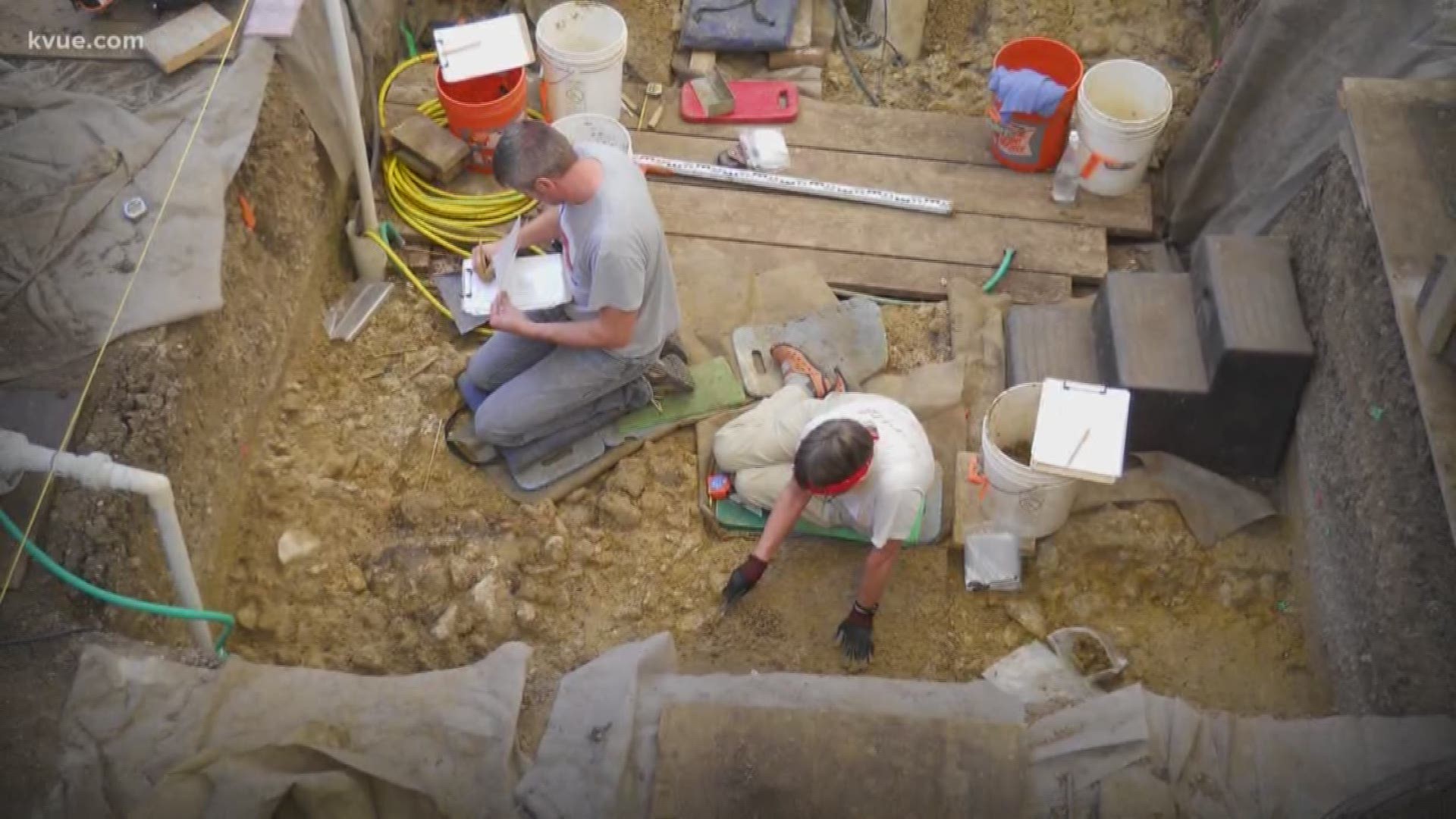 FLORENCE — Ancient artifacts found in Central Texas are said to belong to some of the earliest settlers in North America.

Archeologists in Central Texas said this discovery is new proof that humanity existed here tens of thousands of years ago.

The excavation site looks as simple as your own back yard and archeologists said arrowheads sitting on the surface prompted them to dig deeper at the location.

In the Hill Country of Central Texas is the small town of Florence, with the population of no more than 1,500 people.

In a field past a metal fence lies evidence of the oldest human artifacts in North America.

"Archeology and history is right under your feet," said Dr. Thomas Williams, Post Doctoral Research Associate at The Gault School of Archeological Research.

Welcome to land now referred to as 'The Gault', which lies about 40 to 50 miles north of Austin.

"People have been coming here occupying this site for about 16,000 to 20,000 years," said Nancy Velchoff, who is the Co-Principal Investigator at the Gault.

We’re at the @Gault_School excavation site

This is where archeologists found signs of life dating back to about 20,000 years pic.twitter.com/tJDWyTPTwF

What now looks like an abandoned field was once the site of a major excavation site that was 12 feet deep.

"The wooden tools we used became very important," said Velchoff, "We would dig about two inches. That's why it took us six or seven years to dig out."

The digging lasted between 2007 and 2014 and after studying the artifacts for years, the researchers based at Texas State University realized they had found something special.

"One of the draws to this area is all of the local material," Dr. Williamson said.

"The water and the chert is how the stone age people earned their living," Velchoff explained.

The Gault is rich in history and makes Dr. Williams and other researchers wonder: what else lies buried waiting to be discovered?

"This is almost the final point of the human story in a push to expand across the entire globe and it happened right here," Dr. Williams explained.

Archeologists told KVUE their research is not over. There are still many questions about who the group of people where, where they came from, and what happened next. They believe the tribe either died or moved on and the Native Americans inhabited the area later.

If you are interested in visiting the site, you can schedule a tour on their website here.