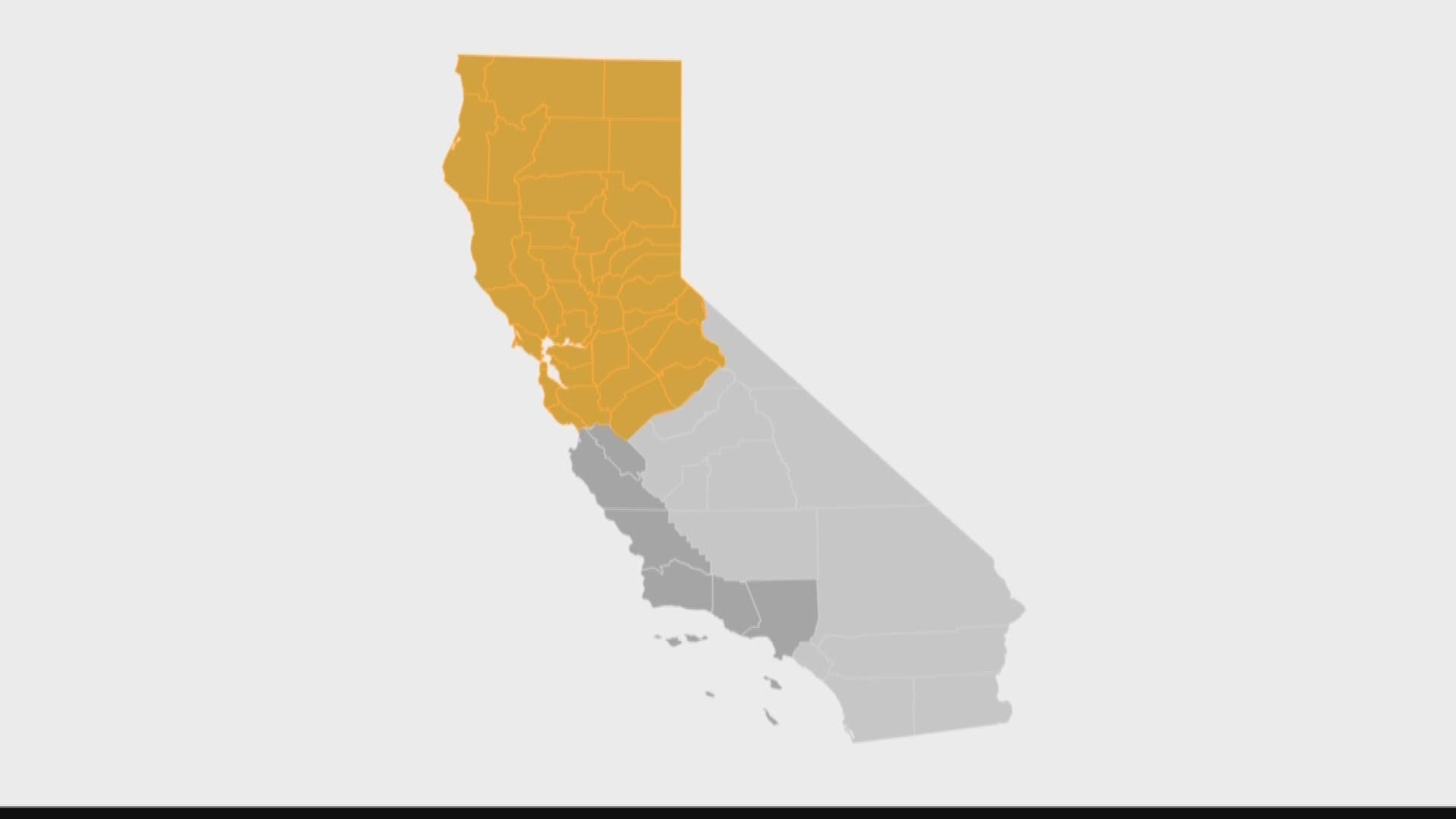 SACRAMENTO, Calif. (AP) — Californians will face a choice this November of whether to divide the nation's most populous state into three, an effort that would radically shake up not only the West Coast, but the entire nation.

The "Cal 3" initiative is driven by venture capitalist Tim Draper, who has tried and failed in the past to place an effort to break up California on the ballot, including a bid in 2016 to create six separate states. Backers of the measure argue California has become "ungovernable" because of its economic and geographic diversity as well as its population approaching 40 million people.

Election officials say this year's effort gathered the roughly 365,000 signatures it needed to land on the general election ballot. It will be officially certified later this month. Even if it wins passage from voters, the measure would face significant hurdles.

The new Northern California would include 40 counties, including Sacramento, San Jose and San Francisco as well as the state's wine country and rural northern areas.

Keeping the name California would be a group of six counties centered around Los Angeles, with a total population of 12.3 million people.

It's not just California that would feel the effects of such a change.

Turning one state into three would create four new U.S. senators, a move that would significantly boost Californians' influence in Washington. The number of representatives in the U.S. House could change slightly based on each state's population breakdown. Three separate Californias would also shake up the Electoral College, which picks the president.

Although California as it exists today is heavily Democratic, one of the new Californias might not be. The newly proposed Southern California includes traditionally Republican areas such as Orange County. Democratic voters currently edge out Republicans in the 12 counties, but not by much. That could potentially boost the GOP's West Coast representation in Congress.

Draper is a Silicon Valley venture capitalist known for investing in companies such as Skype, Tesla and Hotmail and has poured millions of dollars into efforts to break up California.

Draper argues that California has become "nearly ungovernable" because of its diverse economies and population. He and backers also argue that voters outside of large urban areas such as Los Angeles are underserved in Sacramento because so many state lawmakers come from major cities.

Passing at the ballot box is just the first hurdle. That would require support from a simple majority of voters.

The Legislature and governor would then need to ask Congress for the ultimate OK — likely a tall order. If Congress gave a green light, it would then be up the Legislature to determine exactly how the split would happen, including how the state's debts would be divided. Each of the three states would determine their own governance structure.

Lawmakers would only have 12 months after congressional approval to set the new rules; otherwise the state's debts would automatically split between the three new ones.

Critics of the measure take a different tack, calling it an unworkable and costly approach to solving California's problems.

An opposition effort called OneCalifornia argues the proposal would cause "political chaos" and greater inequality. The California Chamber of Commerce, meanwhile, said such a monumental change would be costly and complicated, which would only serve to create new problems.