California officials say the standards are achievable and the EPA's effort to roll them back is not based on any new research. They argue the plan violates the Clean Air Act and didn't follow the agency's own regulations. 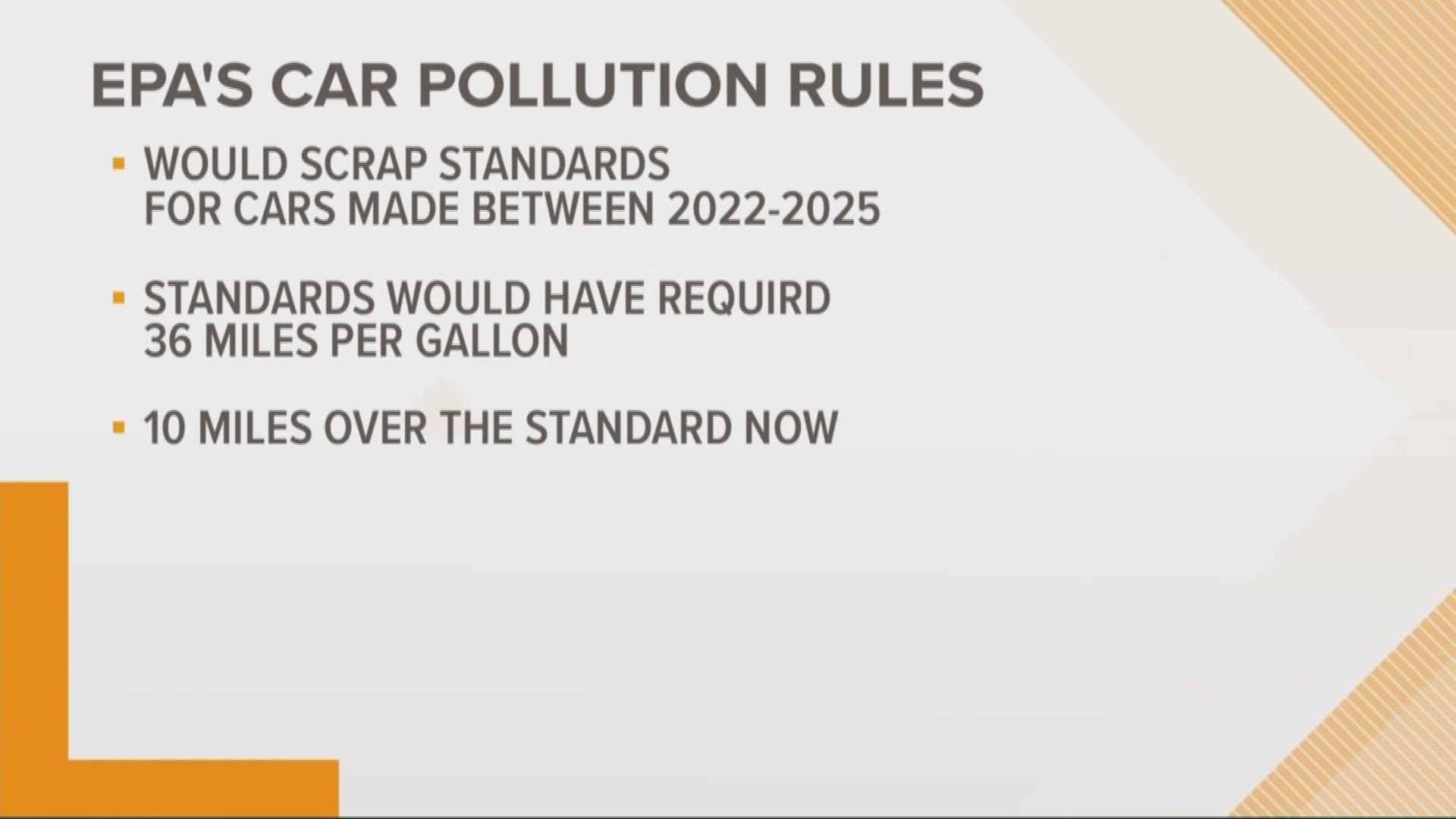 If you're viewing this in the ABC10 App, tap here for multimedia.

SACRAMENTO, Calif. (AP) — California and 16 other states sued the Trump administration Tuesday over its plan to scrap Obama-era auto-emissions standards that would require vehicles to get significantly higher gas mileage by 2025.

At issue is a move by Environmental Protection Agency administrator Scott Pruitt to roll back 2012 rules aimed at curbing greenhouse gas emissions. Under those rules, vehicles would have to get 36 miles of real-world driving per gallon (58 kilometers per gallon), about 10 miles (16 kilometers) over the existing standard.

"Pollutants coming out of vehicles, out of the tailpipe, does permanent lung damage to children living near well-traveled roads and freeways. This is a fact. The only way we're going to overcome that is by reducing emissions," Gov. Jerry Brown said in announcing the lawsuit along with other top California Democrats.

The rules were set six years ago when California and the Obama administration agreed to a single nationwide fuel economy standard.

Pruitt, who has sought to block or delay an array of environmental regulations, has argued that assumptions about gas prices and vehicle technology used by the Obama administration to set the standards were too optimistic. And he said the standards would hurt automakers and consumers who can't afford or don't want to buy more fuel-efficient vehicles.

Automakers have likewise argued that the Obama-era rules would cost the industry billions of dollars and raise vehicle prices because of the cost of developing the necessary technology.

EPA representatives did not immediately respond to an email seeking comment on the lawsuit.

California officials say the standards are achievable and the EPA's effort to repeal them is not based on any new research. They argue the plan violates the federal Clean Air Act and didn't follow the agency's own regulations.

California has a unique waiver that allows it to set its own tailpipe emissions standards for vehicles, which it has used to combat smog and, more recently, global warming. Thirteen other states and the District of Columbia have adopted the California standards as their own.

California has now sued the Trump administration more than 30 times on topics including immigration and health care policy.

"The world is not flat, pollution is not free, and the health and safety of our children is not for sale," said Democratic state Attorney General Xavier Becerra, standing alongside the governor.

Brown, who has made fighting climate change a core of his policy and political platform, said the state's battles with Washington over climate are the most essential.

"If we follow the Pruitt-Trump path, we follow our way off the cliff to disaster," he said.

Associated Press reporter Jonathan J. Cooper contributed. This story has been corrected to say 13 other states and the District of Columbia have adopted California's emissions standards, not 12.