The patient is among a group of people under a federal quarantine order at JBSA-Lackland, per the Centers for Disease Control and Prevention. 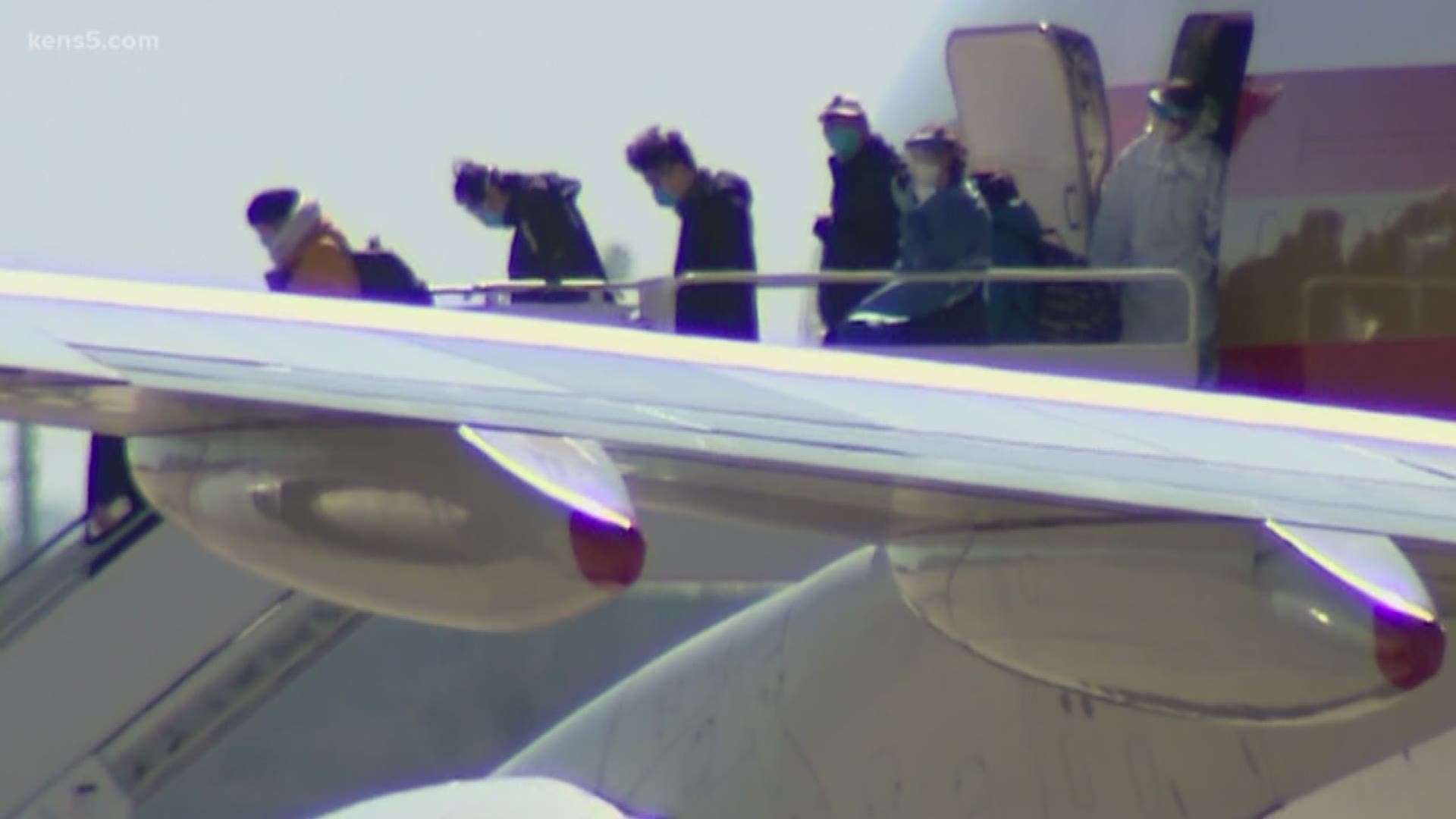 SAN ANTONIO — *Editor's Note: The attached video is from a story done on February 10, 2020, about San Antonians opting to self-quarantine.

Officials with the Centers for Disease Control and Prevention have confirmed that a coronavirus patient is among a group of people under a federal quarantine order at JBSA-Lackland in San Antonio, Texas.

The group was initially put under a federal quarantine order because of their recent return to the U.S. on a State Department-chartered flight that arrived on February 7.

This is the 15th case of the coronavirus disease (COVID-19) in the U.S, according to officials with the CDC.

According to a press release from the CDC, "This is the first person under quarantine at JBSA-Lackland who had symptoms and tested positive for COVID-19. The individual is currently isolated and receiving medical care at a designated hospital nearby."

In support of Health and Human Services (HHS) and the Centers for Disease Control and Prevention (CDC), the Department of Defense (DOD) is prepared to receive two Department of State chartered evacuation flights from Japan, carrying passengers evacuated from the cruise ship Diamond Princess, currently docked in Tokyo.

One of the aircraft will land at Travis Air Force Base, California and the other will land at Kelly Field / Joint Base San Antonio-Lackland, Texas.

As previously announced, these individuals will be subject to a CDC managed 14-day quarantine. HHS will ensure that no evacuated personnel are transferred to any DOD installation if they test positive for the COVID-19 virus. Any evacuees who test positive or become symptomatic will be transferred to a suitable off-base facility at the direction of CDC.

DOD continues to work closely with and provide support for our interagency partners as they respond to this event.

JBSA-Lackland was one of four designated quarantined sites for American citizens returning to the U.S. from the Wuhan area of China.

The patient was taken to Methodist Hospital, Texan. The press release says, "The individual was privately escorted through a secluded entrance to avoid common areas and has been isolated at all times. Yesterday, the individual tested positive for COVID-19, but is stable with mild symptoms."

The hospital then said, "While we must protect our patients’ privacy, it is important to us to keep our community informed with facts to avoid undue stress or the spread of misinformation."

Of the 91 passengers at Lackland, this is the only patient with symptoms of COVID-19 at this time, San Antonio Mayor Ron Nierenberg stated during a press conference held Thursday morning at 10 a.m.

Mayor Nirenberg assured citizens that the risk remains low as the patient is under close observation and is receiving the "maximum level of isolation".

However, there "may be additional cases that we identify," an official with the CDC said as the passengers are still under an incubation period for coronavirus.

The patients are being checked twice a day while they are being quarantined.

City officials contributed the swift actions taken by health officials following the confirmation of the coronavirus patient at JBSA-Lackland to the emergency preparedness procedures that have been put in place since the arrival of the passengers from China.

"The risk to the San Antonio community is still considered low," health and city officials say.

The patient was identified as having a fever on Tuesday, taken to the hospital, tested and confirmed to have the disease at 6 p.m. on Wednesday. CDC officials say the patient was a solo traveler and does not have any family members among the other quarantined people.

The CDC also spoke about the method of disinfecting items and places during the care of the patient. A spokesperson said the CDC has guidelines for disinfecting and is using EPA-registered products that are proven to kill the coronavirus.

During the news conference, the CDC responded to questions about why the travelers were brought to San Antonio.

"I think it's really important to also have empathy for people who might be caught in China, who should be in America and cannot get back," Captain Jennifer McQuiston from the CDC said. "And think about what it would be like if you or a loved one was over there and what you would want us to do for them."