'A hand up, not a handout' | Organizers continue protest against BTU cutoffs at City Hall

Protesters stood outside a special meeting with local leaders to once again ask that BTU reconsider their fees associated with disconnecting services. 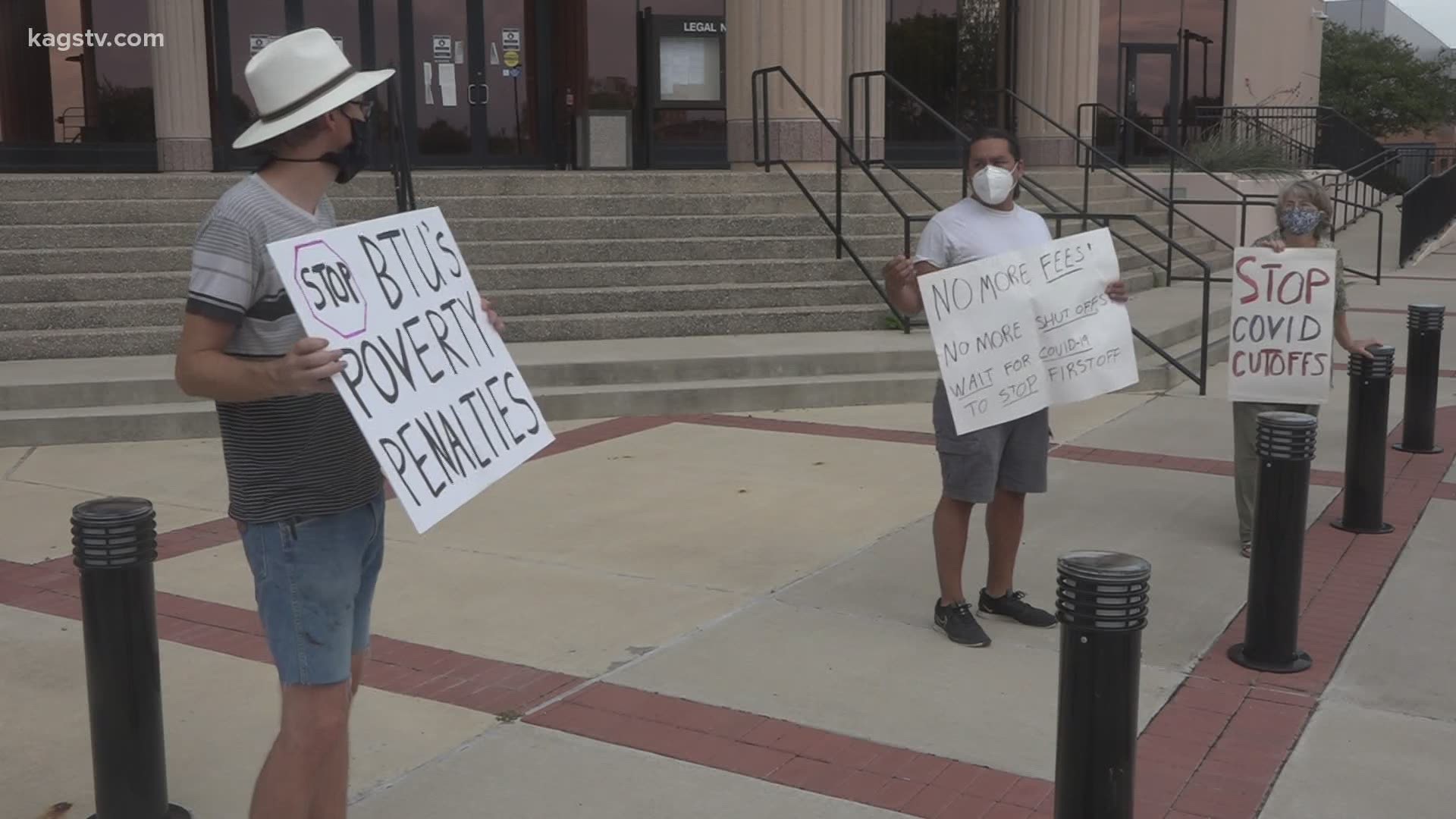 A small but persistent group gathered in front of Bryan's City Hall.

They were once again asking BTU to stop disconnect services until there are no positive COVID cases in the area and to permanently end disconnect fees, reconnect fees and additional deposit payments when service is disconnected.

This time, organizer Dan Kiniry stressed there’s no reason for city leaders not to listen.

"City council can eliminate these penalties pretty easily," he said, "City Ordinance 2226, says families who get disconnected have to pay these large amounts of money.”

Kiniry said the group is asking City Council to put that ordinance on their agenda for their meeting next week to get rid of the disconnection and reconnection fees and all the extra deposit payments.

That city ordinance also says those large deposits paid for disconnections are refunded if certain criteria are met.

To him, the group is not asking for a handout, but rather, a hand up.

“I’m not asking that everybody pay their bill for them," he said, "I’m just asking that the city show a little compassion and waive some of these fees so they can get a payment plan and get back on track.”

KAGS reached out to the City of Bryan who wasn’t able to comment on Tuesday.

Organizers have raised more than $17,000 in a GoFundMe to pay for those struggling with their utilities.

Keep this advice in mind if @ERCOT_ISO issues calls for conservation. These recommendations will help the electric grid remain strong. #DidYouKnow #ERCOT pic.twitter.com/1WAgtu2T8d