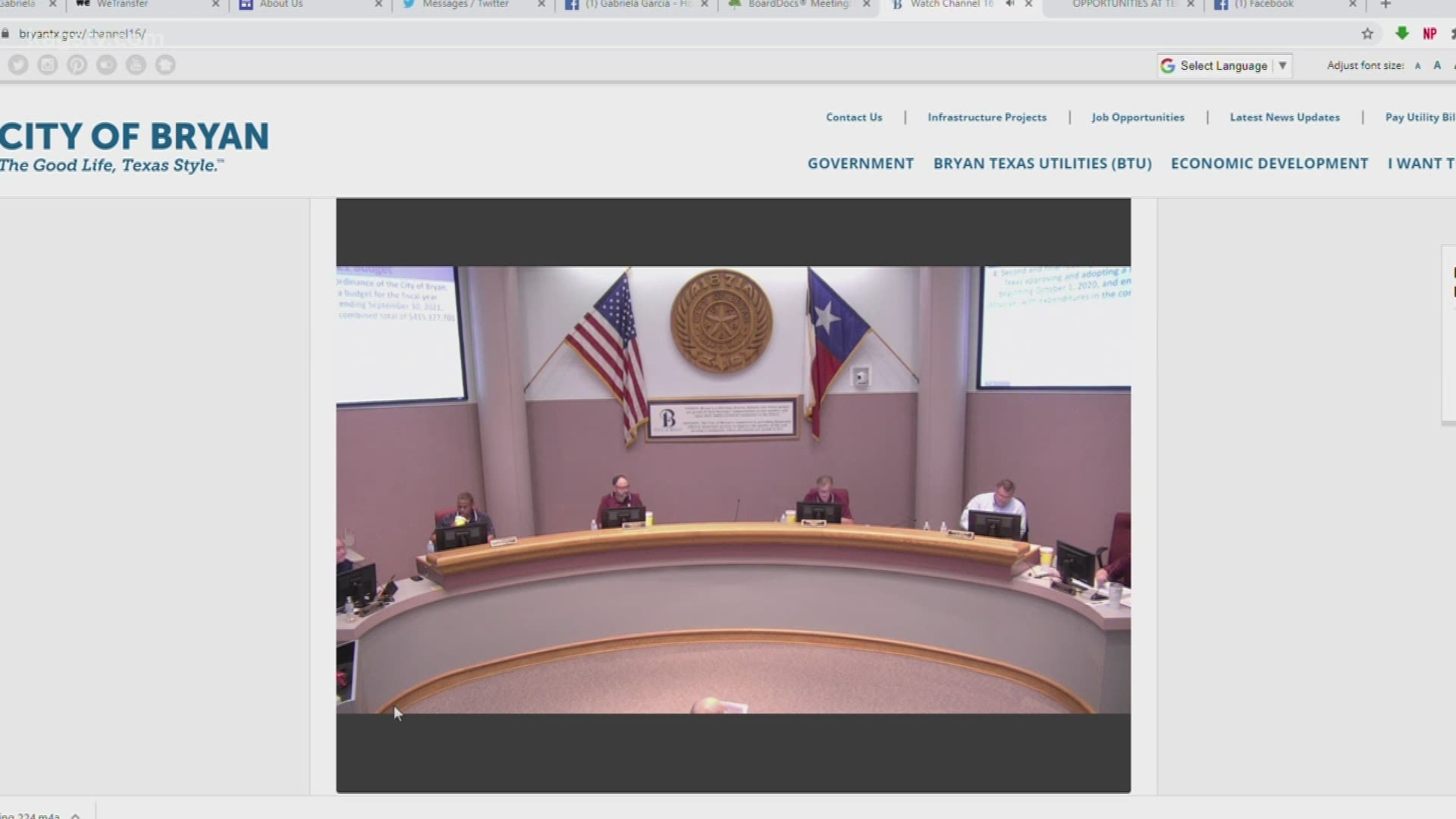 Council members approved their 2021 fiscal year budget of $415,127,701, with six members against and one for the amount.

Then, city council discussed the property tax rate that was proposed to be lowered by 1/10th of a cent.

That amount would save taxpayers about $3.60. Councilman Mike Sutherland doesn’t think that’s enough.

“I just think we need to help the people more and reduce that rate,” he said.

Councilman Ruben Marin disagreed with Sutherland and feels lowering the rate anymore would not be a good move.

“We’ve gone through that and if we lowered that tax rate to an extent," he said, "the detriment it would have to the citizens against our borrowing capacity which would cost us millions moving forward.”

Today's Bryan City Council meetings will be broadcast live at https://t.co/GuigYOvh5Y and on Suddenlink Channel 16.

The original reduction was approved, and with city operations, the council got an update from Destination Bryan.

It amounted to just over one million dollars with the money mostly coming from hotel occupancy taxes.

“Students coming back, move in weekend, the hurricane put a bunch of evacuees in town," Friebele said, "so slowly but surely the hotels are seeing more impact.”

As for the City of Bryan itself, its officials will continue to work through the challenges this year has and continues to bring.