From 1 to 2 p.m. on weekdays, people can call the Parks and Recreation Department's "Laugh Line" to hear and share a joke or two. 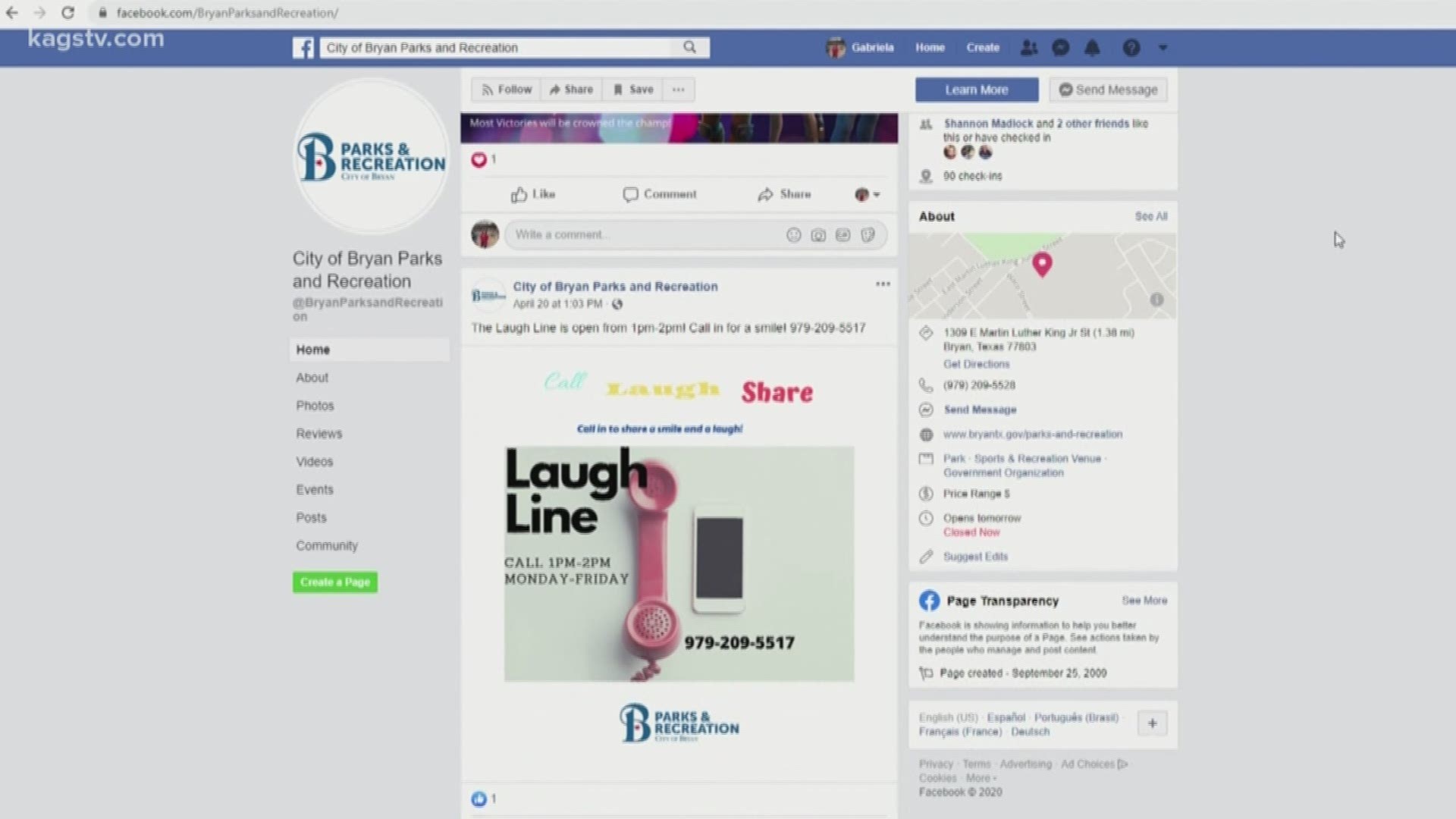 BRYAN, Texas — A lot of us could probably use a laugh right now., and the city of Bryan's Parks and Recreation Department is trying to help with that in a pretty resourceful way.

Seeing as how a lot of the city's parks and recreation programs are on hold right now, the department found a line that wasn't being used and decided to take it in a different direction.

“The laugh line its just one of our lines that isn’t getting used right now. We have that forwarding to my cell phone right now and so for an hour a day 1 to 2 p.m. Monday through Friday folks can call in and I answer the line live,” said Marty Mulgrew, the department's Aquatics Supervisor.

An 11-year veteran of the parks and rec department, Mulgrew, like many of us, is missing the everyday interactions his job would usually involve, especially during the summertime.

He said, “in some of the Facebook groups I've been a part of, I saw an organization that was doing this, and I thought what a great idea, that’s something we can easily implement here.”

The line has been open since the Friday after Governor Abbott's stay at home order from March 31, 2020.

Mulgrew said for him, the line is open to “just kind of check in on people and see how they’re doing and just get a chance to share a smile and a laugh. Sometimes it’s a groan or I can swear I can hear them rolling their eyes over the phone but just to share kind of a cheesy joke.”

It's a small gesture that can work wonders to a world who could really use a laugh or two right now.

“I know there’s a lot of negative out there, so anything we can do to add a smile that’s what we’re here for,' Mulgrew said.

Work culture will be different after the pandemic