The city council is proposing an ordinance that would give property owners the option to petition to request an occupancy restriction in single family neighborhoods. 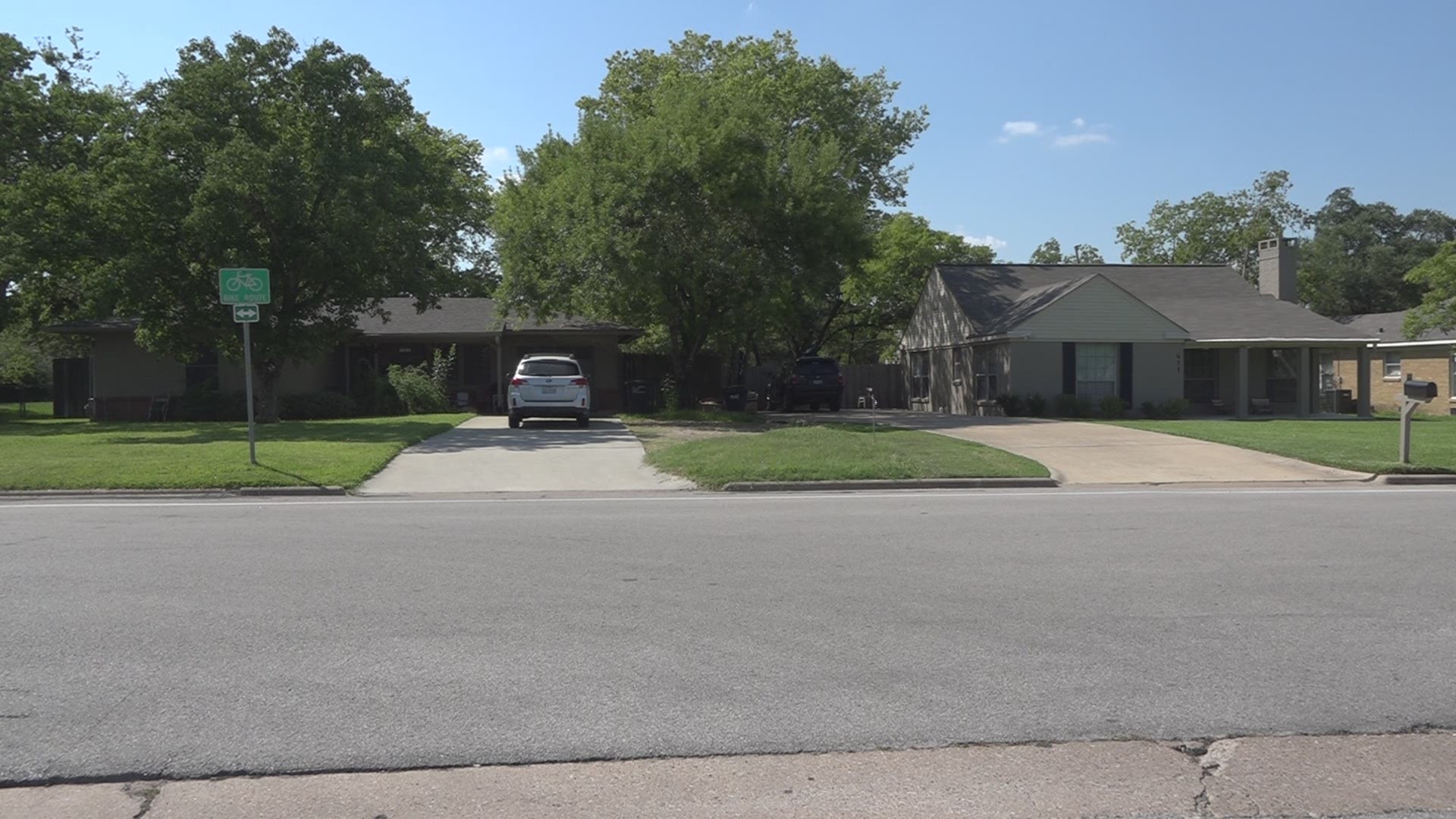 COLLEGE STATION, Texas — DISCLAIMER: A previous mistake about what blood relatives would be able to live with family members under this proposed ordinance has been corrected. We regret the error.

Several people in College Station are voicing their concerns to the city on social media.

The city’s asking for feedback on a proposed ordinance to limit occupancy in certain zoning areas.

What that would mean for those involved?

College Station City Council is proposing an ordinance that would give property owners the option to petition to request an occupancy restriction in single family neighborhoods.

That means a majority of homeowners in a subdivision would have to agree they don’t want any more than two unrelated people living with a family in a single family home.

The city defines "related" as a relative who is first or second degree of relation by blood or marriage.

So more than two first cousins or great grandparents would not be able to live with their families under that ordinance.

The city’s Facebook page has already seen some negative responses to that kind of involvement in people’s private homes.

CS City Council has asked staff to create an ordinance that allows subdivisions a zoning option that restricts home occupancy to no more than two unrelated persons.

We want your feedback through this poll: https://t.co/bSHehI09ob#bcstx #TAMU

“I understand where people are coming from," said Jade Broadnax, the Staff Planner for the City of College Station, "some of the council members feelings are this is an ordinance that would empower neighborhoods to maintain a certain character.”

She said when there are more people than the neighborhood was originally designed to have, excess noise and trash become issues, disrupting their way of life.

The sentiment behind restricting home occupancies is that it would help reduce noise, trash and parking issues.

To be clear, none of this is set in stone.

The city wants it residents to tell them what they think about this.

You can fill out their survey here.

The city says once they take people’s feedback, they will likely make a decision whether or not to pass the ordinance in November.