The City of College Station was considering consolidating and leaving Experience B-CS for some time, and the pandemic helped solidify that decision. 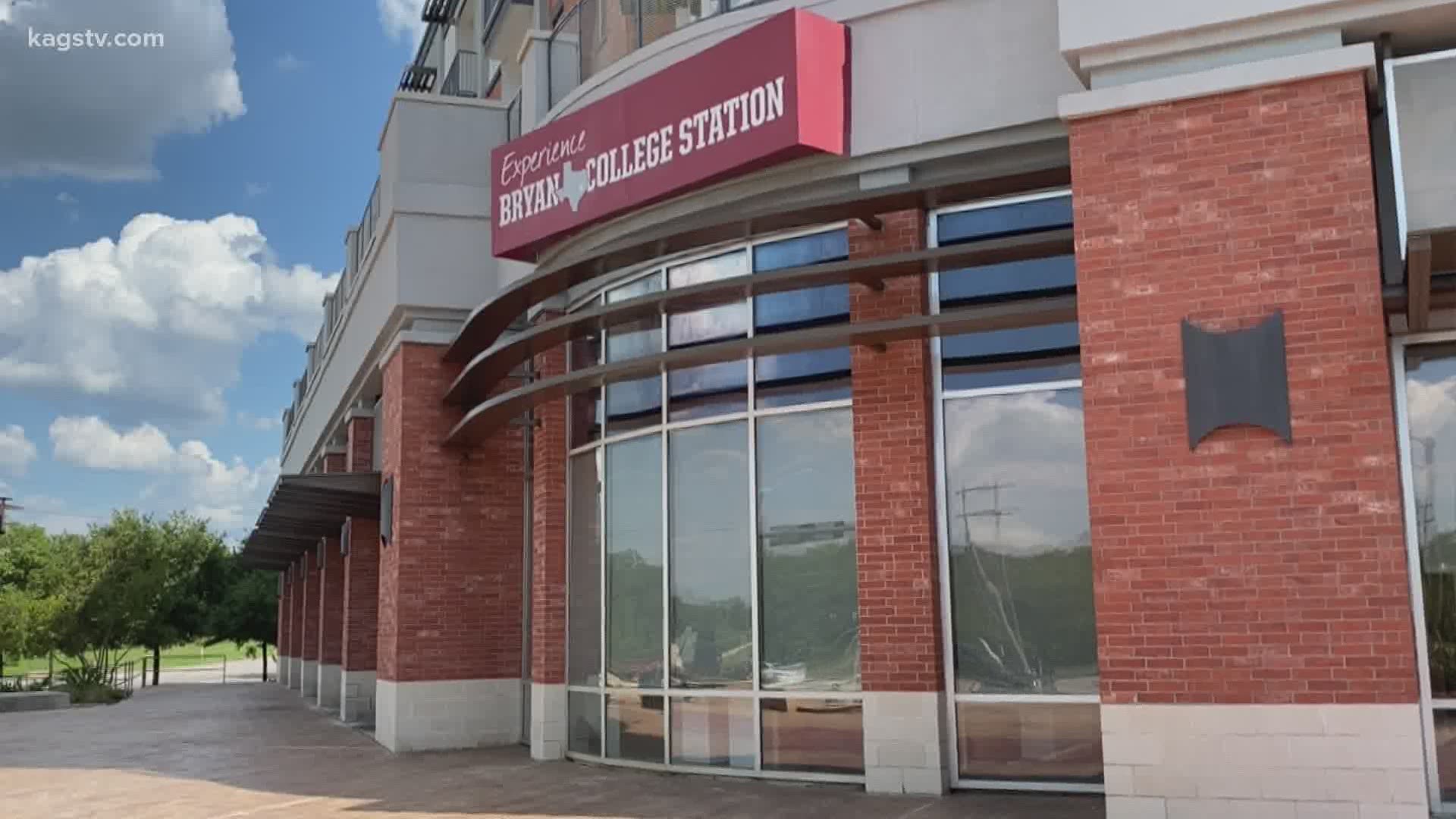 BRAZOS COUNTY, Texas — Tourism is going through a bit of a shift in Bryan-College Station.

Since the early 2000's, the two cities have put money earned from hotel occupancy taxes in a pool with Experience Bryan-College Station. This organization would then work to attract tourism to the twin cities, however, come this August, that partnership will end.

“The city of College Station has decided to exercise the 60 day termination clause as part of that contract," said Kindra Fry, who is president and CEO of Experience Bryan-College Station. "They would like to take tourism into the city as part of economic development."

Fry said College Station had been considering the consolidation for some time. Natalie Ruiz, who is the AICP Economic Development Director for College Station, said the pandemic solidified that decision.

"It had a huge impact on our local economy," Ruiz said. "Not only hotels, but also restaurants and attractions. Hospitality is our top industry, and so this move is going to help a lot with our strategic goals for the community.”

"They felt that both cities together is better than cities kind of working on their own," said Bryan Deputy City Manager. "We’re Aggieland. We all kind of work together. We can't make College Station stay in on an agreement. So we certainly are going to move forward and make sure our Bryan destinations are taken care of. Aside from that, we’ll continue to work as best we can on all kinds of coordination.”

A partnership will still exist to some extent, Fry explained and jobs at Experience Bryan-College Station are still being figured out.

“I feel confident that people working here will still have a job. I can't speculate as to where that job will be, but I think we’ll all be working in tourism doing what we can to help either community," Fry said.

“I don’t see us going head to head and competing," Ruiz added. "We’re going to work with a ton of our community partners to champion the Brazos Valley.”

The money that both cities will save from tax dollars normally put into Experience Bryan-College Station will be used for each city’s individual tourism efforts.