In Brazos County, the positivity rate jumped from 6.98 percent the week of June 26 to 49.31 percent the following week. But that kind of jump shouldn't scare you. 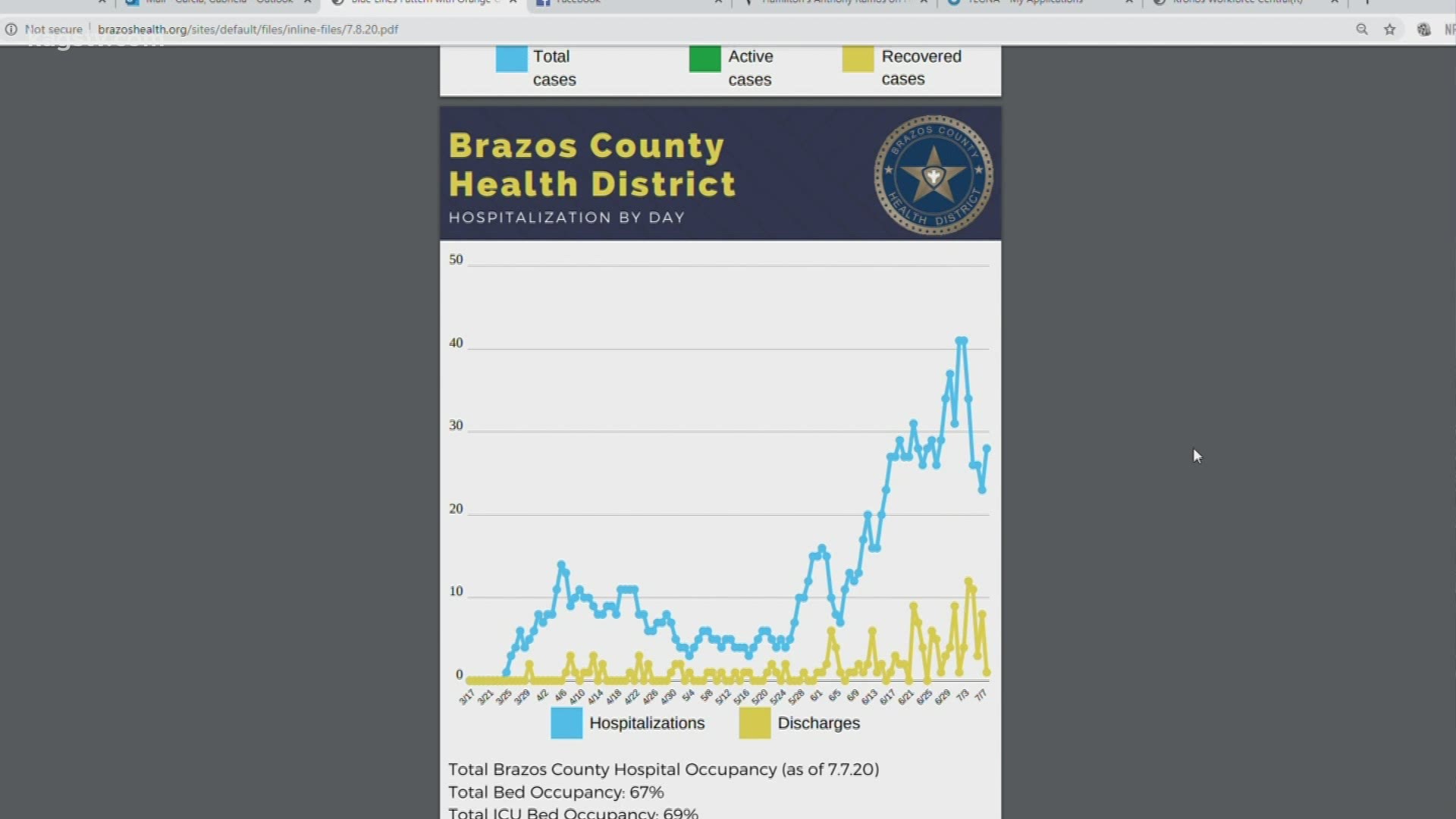 On Wednesday, he stopped at the local rotary meeting to talk about how COVID-19 has evolved in the Brazos Valley into where it stands today.

As of Wednesday, more than 36 percent of positive cases in Brazos County are coming from younger people, and Dr. Sullivan says there have been less deaths per case but, “we have to remember that there is still an opportunity for this virus to reach a vulnerable population.”

Looking at other numbers the county shares with the public, the facts can look more and more confusing, like the positivity rate.

But that kind of jump shouldn’t spook you though.

Dr. Sullivan said, “we just got done with the mobile unit for example. So you'll see as those test results come in, lets say it's two or three percent, then you would say, you know, we have 30 cases out of the 600. So that would actually lower our positivity rate for those two days... because you get this influx of negatives with more positives."

So it’s basically a fraction, the bigger the denominator is compared to the numerator, the smaller positivity rate you’re going to have.

To be clear, that does not mean we’re seeing more positive cases because there’s more testing.

Most positive cases have come from community spread, and it’s not only up to medical professionals to help slow it down.

RELATED: Plan ahead: Construction may cause delays along Briarcrest and Villa Maria