This year people were asked to wear masks and sit a little further apart, but that did not stop them from coming together to pay tribute to servicemen and women. 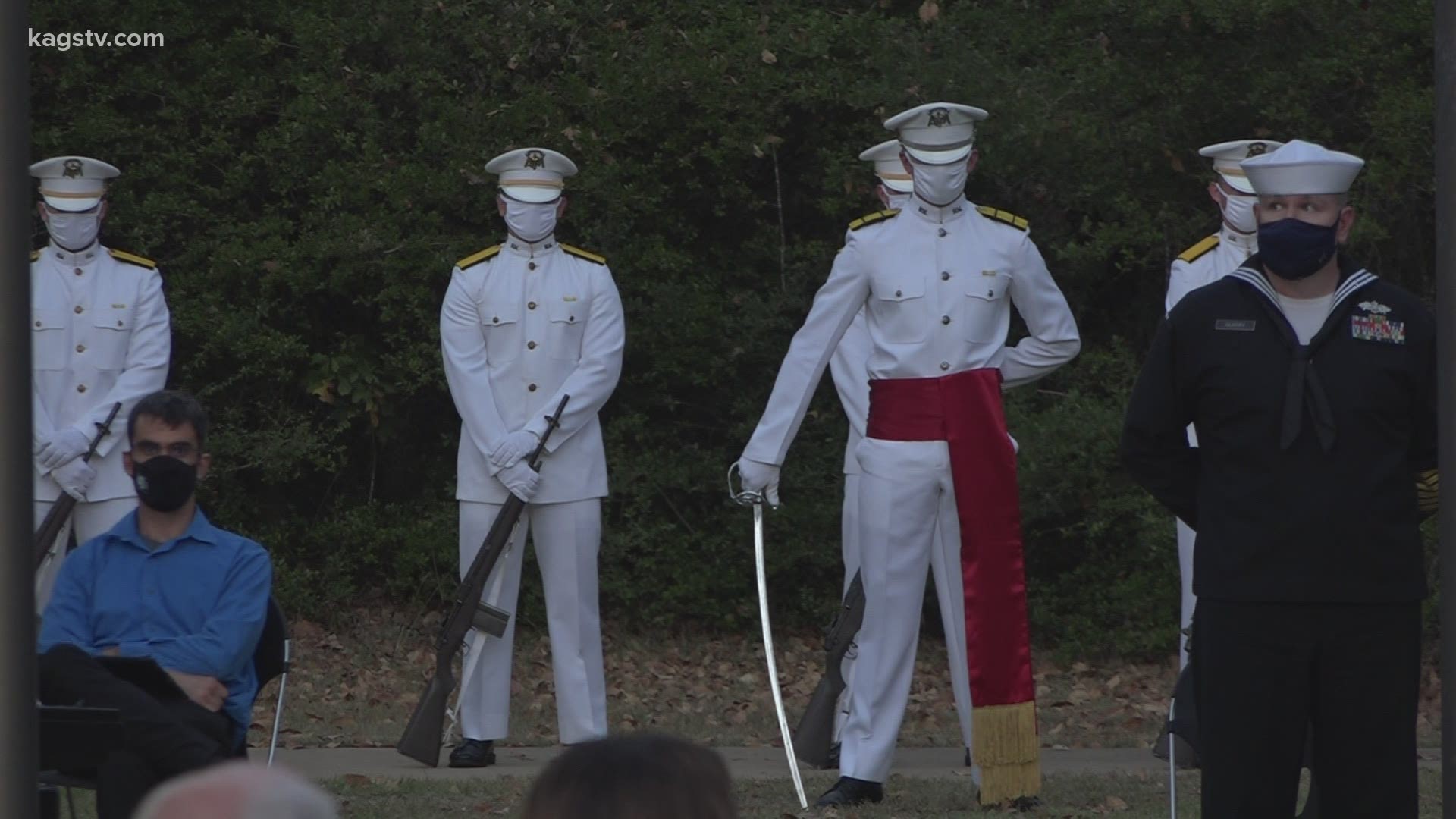 COLLEGE STATION, Brazos County — The Brazos Valley was full of celebrations of our veterans from early Wednesday morning and into the evening.

In College Station, veterans were honored at by the Brazos Valley Veterans Memorial organization with their yearly Veterans Day Celebration.

The yearly remembrance hosted veterans and anyone who wanted to come out and pay tribute to service men and women who risked their lives for this country’s freedom.

This year people were asked to wear masks and sit a little further apart, but that did not stop them from coming together for the honor wall roll call, a reading of military veteran names recently added to the wall of honor at Veterans Park.

One hundred and forty-six names were added to the wall this year.

Taps was played and Representative Bill Flores made some remarks about his work with and for veterans.

"It's truly humbling to be able to speak to the people who served our country, who pledged up to their life when they took the oath to protect and defend our country," he said.

This year, the Veterans Memorial Board activated and dedicated a new vertical light beam during the ceremony.

It will shine six miles into the sky to pay tribute to all our nation’s veterans in and remind people through the night that "freedom is not free."

“We wanted to recognize the 146 names that were added and not just those veterans, but all veterans," said Lacey Lively, the City of College Station's Marketing Manager.

"I feel fortunate that I was able to serve my country," he said.

"To have this many citizens come out under the conditions that we're now living in, it really means very much."

If you want to add a veteran’s name to the wall of honor the deadline is August 15 every year.

It is $150 a name for engraving and lifetime maintenance.