The conversation will be streamed online and the WKYC app. 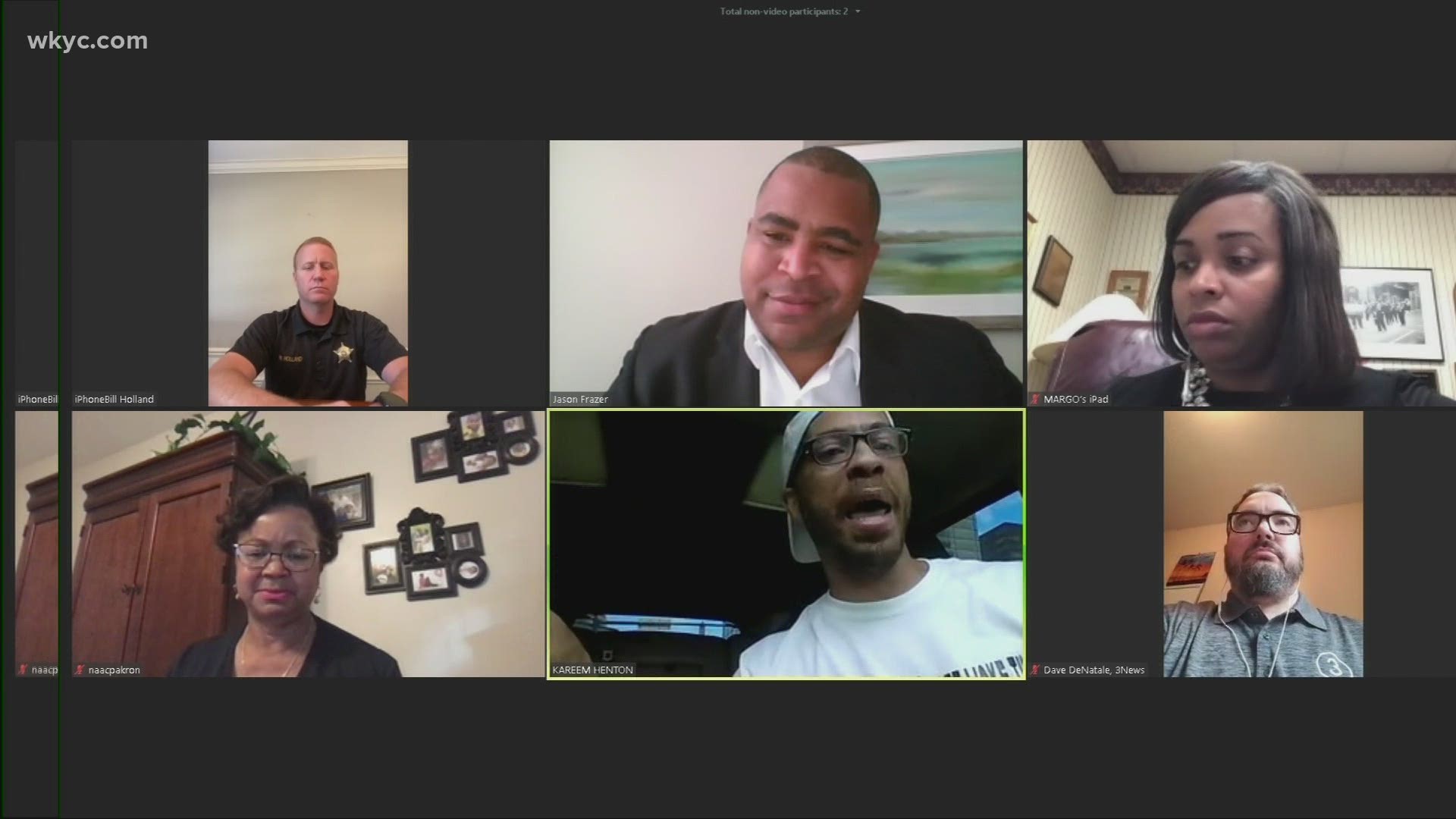 CLEVELAND — Our nation is at a turning point where many are beginning to take a hard look at racism in America.

The death of George Floyd, a black man killed at the hand of a Minnesota Police officer on May 25, reignited a flame in the fight against not just police brutality, but all forms of racial injustice.

Since that day in May, countless protests and demonstrations have taken place, but many are now asking, "What's next, how do we move forward?"

With the help of various community partners, 3News is hoping to answer those questions. 3News' Jason Frazer enlisted the help of four community leaders in Akron and Cleveland to have a panel discussion to begin the conversation.

During the conversation, we tried to answer two questions: Why the problems exists and are there best practices we can come adopt in our communities?

Turning Point: The Conversation with Jason Frazer was streamed live on WKYC.com an the WKYC app Tuesday. If you were unable to join us, you can watch the entire forum again in the player below: