Students collected cans and school supplies for people who might not be able to afford them. 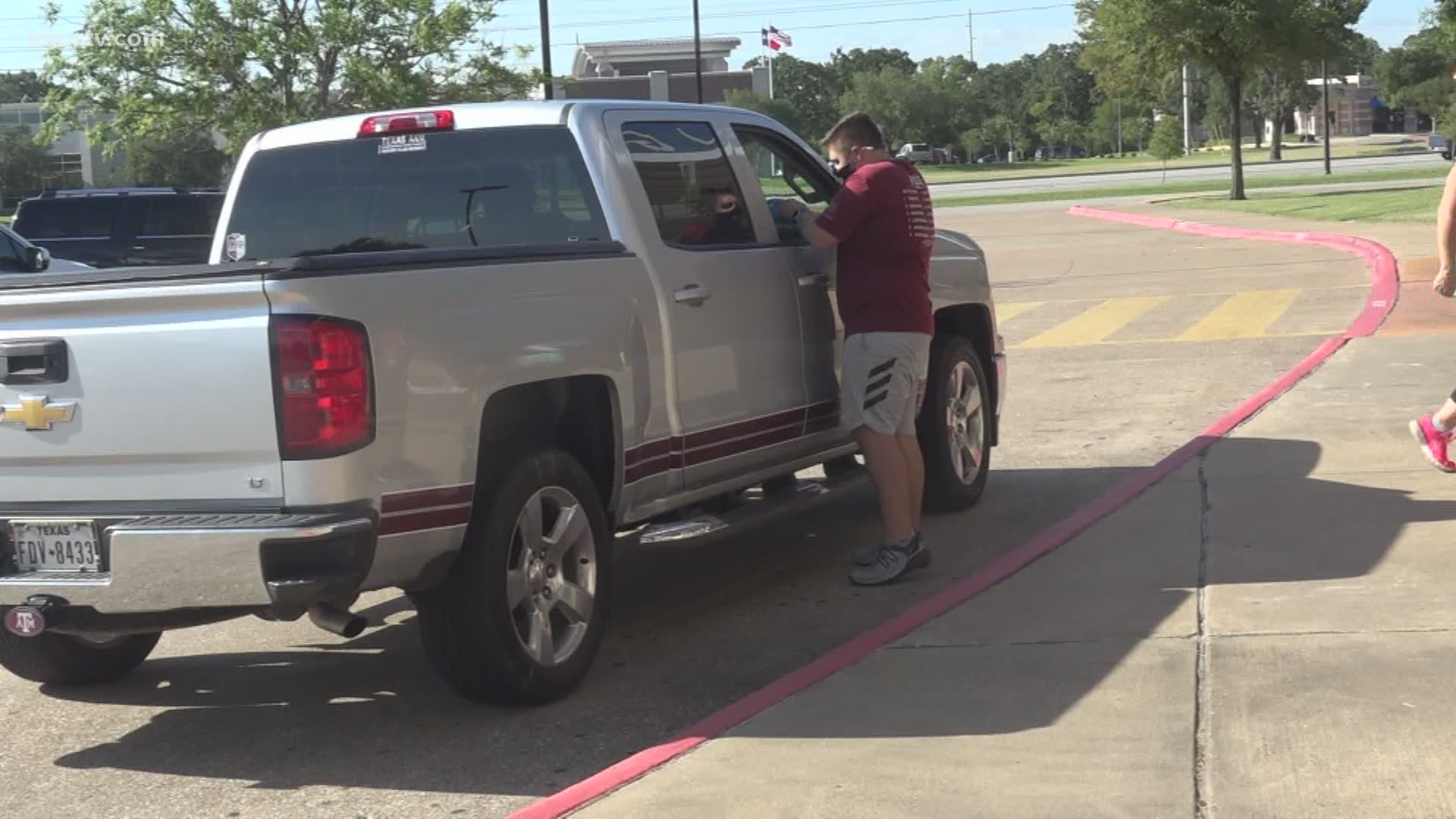 COLLEGE STATION, Texas — During the pandemic, unemployment in the United States has peaked; and because of this, more people are utilizing local resources to feed and clothe their families.

And if you didn't know, the Brazos Valley Food Bank is seeing a shortage of aluminum cans. Not the food inside, but the actual cans.

“We’re being offered food, it’s in bulk or it’s in mass quantities, and we’re kinda like, figuring out how to get it out to people. So we’ve had to reject some things. I tell that so that grocery stores aren’t going to be impacted by that. Because whoever does have canned goods, their number one entity or person that they’re going to sell it to are grocery stores. We’re just not having as many offers to donate food or lower cost of foods because of the shortage of aluminum cans.," said Brazos Valley Food Bank executive director Theresa Mangapora.

This shortage has changed the kinds of food that are being supplied to the food bank.

“It’s gonna be more of fresh and frozen and boxed, so there might be good ones of cereal and bagged rice and things like that. That our normal supply of canned green beans and canned corns and things, like we probably will just not have for maybe another six months," said Mangapora.

One local high school heard about this problem and wanted to show support to the community through a drive-thru.

“I knew there was going to be a need of it eventually because people are losing their jobs... hard times are going to come especially with the virus... so I just had the idea why not have a food bank, get cans and donate them," said A&M Consolidated senior Zachary Yeager.

These students aren’t just collecting cans, but they’re also collecting school supplies for people who might not be able to afford them.

"Once the school year starts, some people need, you know just a little things like that people could donate here or go to the schools and donate or go to the office and donate because we’re going to have a need for it soon," said Yeager.

The students raised a total of 421 pounds of food today during the six hour food drive.