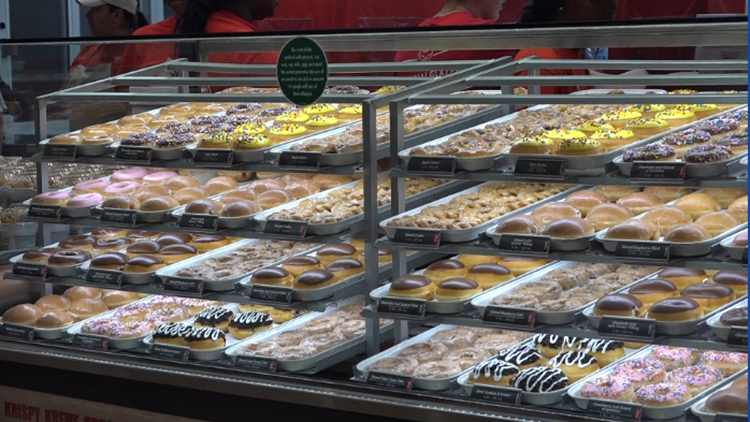 COLLEGE STATION, Texas — Hundreds lined up outside Krispy Kreme in College Station to be there as the store opened Tuesday morning.

Many camped out overnight. Including the first two in line, Mark Manness and Cheyenna Mitchell. They said they snagged their place Monday afternoon.

Mitchell said she grew going to Krispy Kreme and is excited that there is now one in College Station.

"It is really awesome that they opened one up here," she said. "There was an opportunity to spend the night and see the grand opening."

And while Mitchell and Mannes were the first customers, they took away more than just bragging rights. The pair won a dozen free donuts, a week, for a year.

"A dozen donuts a week is great, lots to go around!" Mitchell said.