The couple grew up with the Salvation Army, starting their official journey in service in Arlington. Now, they're excited about their new home in B-CS. 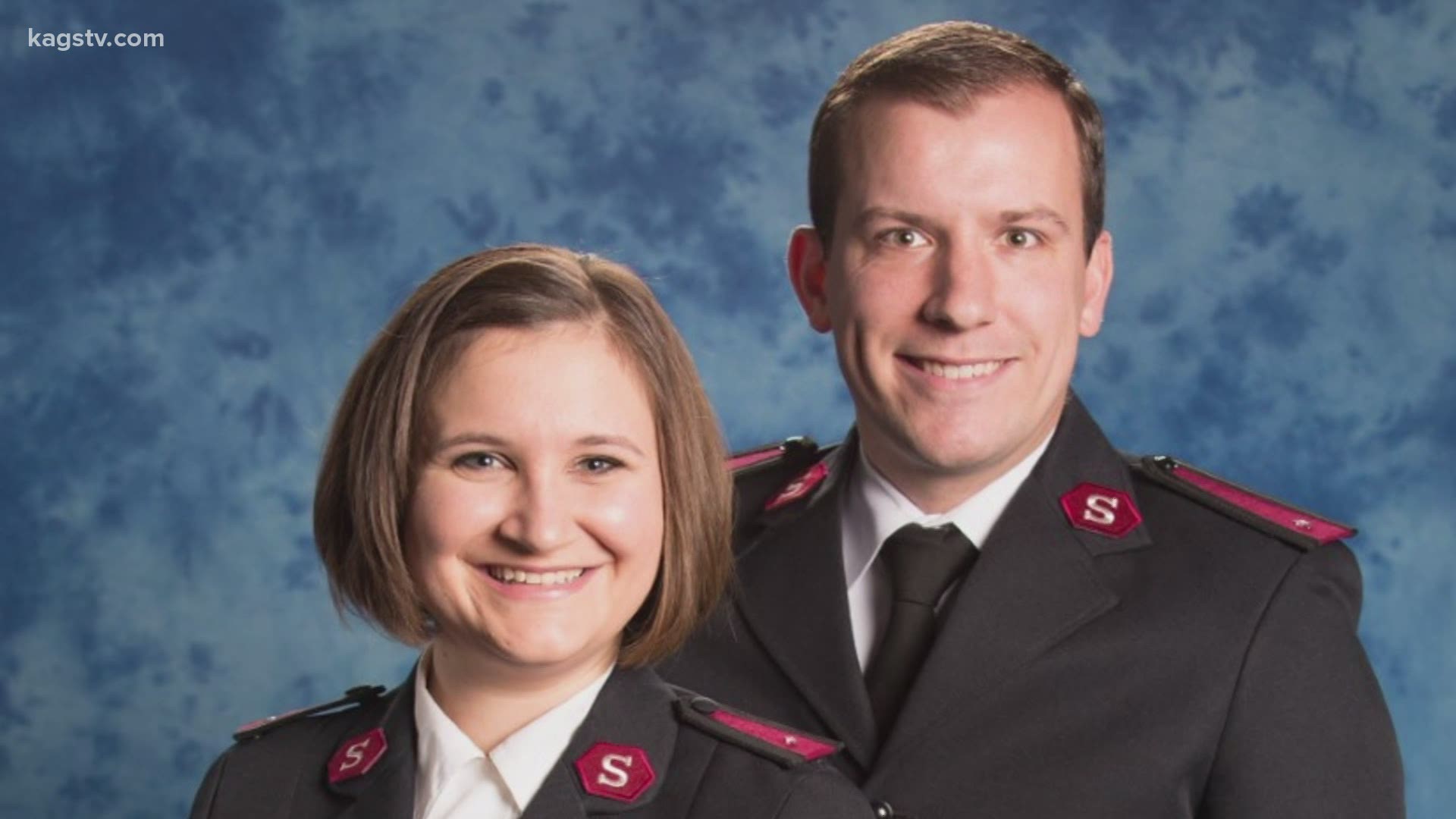 These past few months have been a time of need for a lot of people.

In Bryan/College Station, two new faces are showing up to meet those needs through the Salvation army.

KAGS got to sit down to hear their story.

“We’re just really excited that as long as the salvation army lets us we get to call this home and raise our family here,” said Lt. Tim Israel of the Salvation Army in Bryan/College Station.

Lieutenants Tim and Andrea Israel have known the Salvation Army for pretty much their whole life.

He said, “We both grew up in the Salvation Army. Myself as a child of Salvation Army officer and Andy as a member attending the congregation.”

After attending seminary back in 2014, they started their journey to serve officially in Arlington, seeing their life paths affirmed time and time again.

Andrea added, “just being able to see those small moments, everybody’s story is individual and to be able to thread hope in their story is a huge blessing.”

The Israels have only been in Bryan/College Station for a few days, but have already started to feel that hope in their new home.

“Before getting here, anyone we really spoke with spoke about the Aggie spirit but also the family environment and the welcoming community. We’ve experienced that as people have welcomed us… we have two young girls, a three-year-old and seven-month-old… just right away feel like family,” he said.

However long they stay in the Brazos Valley, the couple wants their community to know they’ll be there for them no matter what.

You can find out more about the Salvation Army and what they have planned for Bryan/College Station here.

RELATED: The effects of quarantine on your pets and how to ease their anxiety