Construction for the new building began in February and it is projected to be finished in spring of 2022. 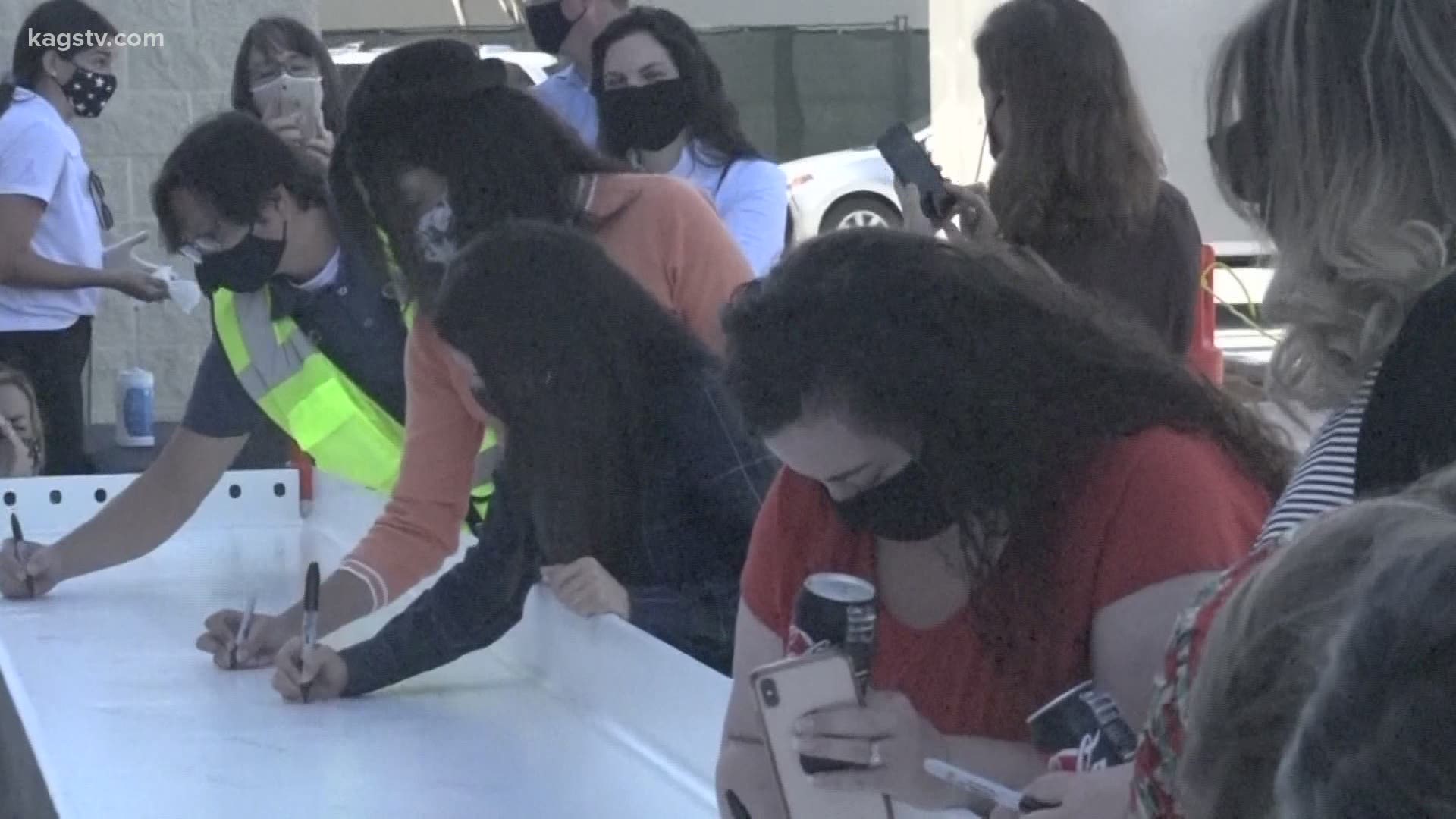 COLLEGE STATION, Texas — In with the new and out with old. College Station welcomes its new city hall as construction started earlier this year right before the pandemic hit.

Members of College Station city staff gathered at their current city hall to sign the final beam that will be placed into the new building.

“The old city hall building is three buildings pieced together. It has served its purpose but I think that a lot of people are excited about this building. It is the largest capital project in the College Station's history," said College Station Project Manager Ryan Key.

Construction for this new building began in February and it is projected to be finished in spring of 2022.

Key added that despite the pandemic, construction has not been severely impacted, is actually ahead of schedule.

Members of our City Council, past mayors, and dozens of city staff gathered today to sign the final beam that will be welded into place in the future College Station City Hall.

The new building is scheduled to open in spring 2022.#cstx #bcstx #tamu pic.twitter.com/yThxJNlvKX

“As you know, it wasn’t the most ideal year to try and build a building, but there’s a lot of planning and meeting between our construction team and our subcontractor, vendors and suppliers. We were able to battle through it," said Key.

The city hopes that this new city hall will represent unity for College Station staff.

“We really took our cues from the College Station staff and council members who shared with us their vision for this site and the history of the site and pulling together really the history and our projections for the future of the city and celebrating the citizens and great culture of College Station," said Kirksey Architecture Senior Manager Catherine Callaway.

The last beam will be placed on the rear of the building facing foster.