A small, but loyal group stood on the intersection of Texas Avenue and 29th Street to get the attention of voters and local representatives. 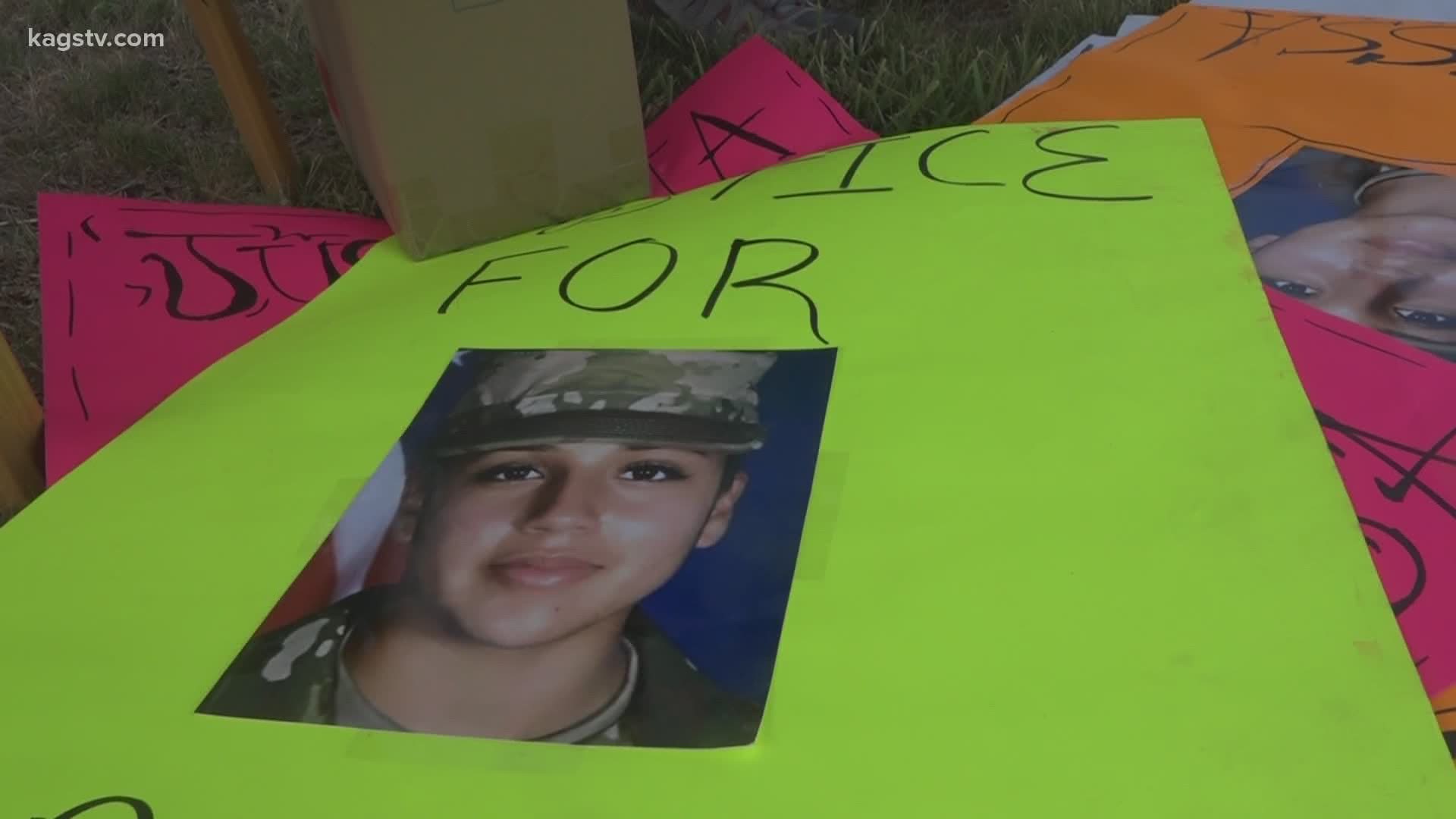 BRYAN, Texas — Family and friends of Vanessa Guillen are in Washington after being invited by President Donald Trump to seek out justice for the soldier.

The Fort Hood specialist's remains were found June 30, 2020, and authorities believe she was killed on base by fellow soldier Aaron Robinson back on April 22nd.

Her family says the military failed to protect her, and people around the nation, including right here in Brazos County, are coming together to show their support.

A small but loyal few in Bryan stood for justice in the form of legislation in Washington.

Hours before that protest, Vanessa Guillen’s family and their lawyer spoke on the National Mall on Thursday.

They held a rally and later spoke to President Donald Trump about the need for a congressional investigation.

The president said they had his full support, and he promised he and the Department of Justice will get to the bottom of it.

“So we're gonna look into it very powerfully and we already have started, as you know, and we'll get to the bottom of it," the president said, "and maybe things can come out that will help other people in a situation like Vanessa, and we'll be in touch with you constantly."

President Trump said he would make sure Vanessa's remains are given to the family as soon as possible so they can hold a funeral and offered to help with the expenses.

Back in the Brazos Valley, a group continues to demand that congress pass the "I am Vanessa Guillen" bill to promote structural changes in the United States Military to make sure what happened to the late Fort Hood soldier doesnt happen again.

“We all have representatives that go to Washington. Ours is Bill Flores, and we’re hoping that him locally will hear that there’s support for that bill here and then he’ll go vote that way in Washington,” said Carlos Espina, one of the protest organizers in Bryan.

To his counterparts at the evening protest, their demonstration stands to remind people of a family still hurting and a cause that shouldn’t fade.

“Her family is still grieving every day and we’re here just to support them and show that they’re not alone and they haven’t been forgotten about,” Espina said, “things will be very hot topics for a week or a couple of days and then just kinda disappear and we wanna keep bringing attention until it’s fully resolved and they’ve been served justice.”