In College Station, a debate to take down Lawrence Sullivan Ross, or "Sully’s" statue at A&M has come up again, and a petition has more than 19,000 signatures. 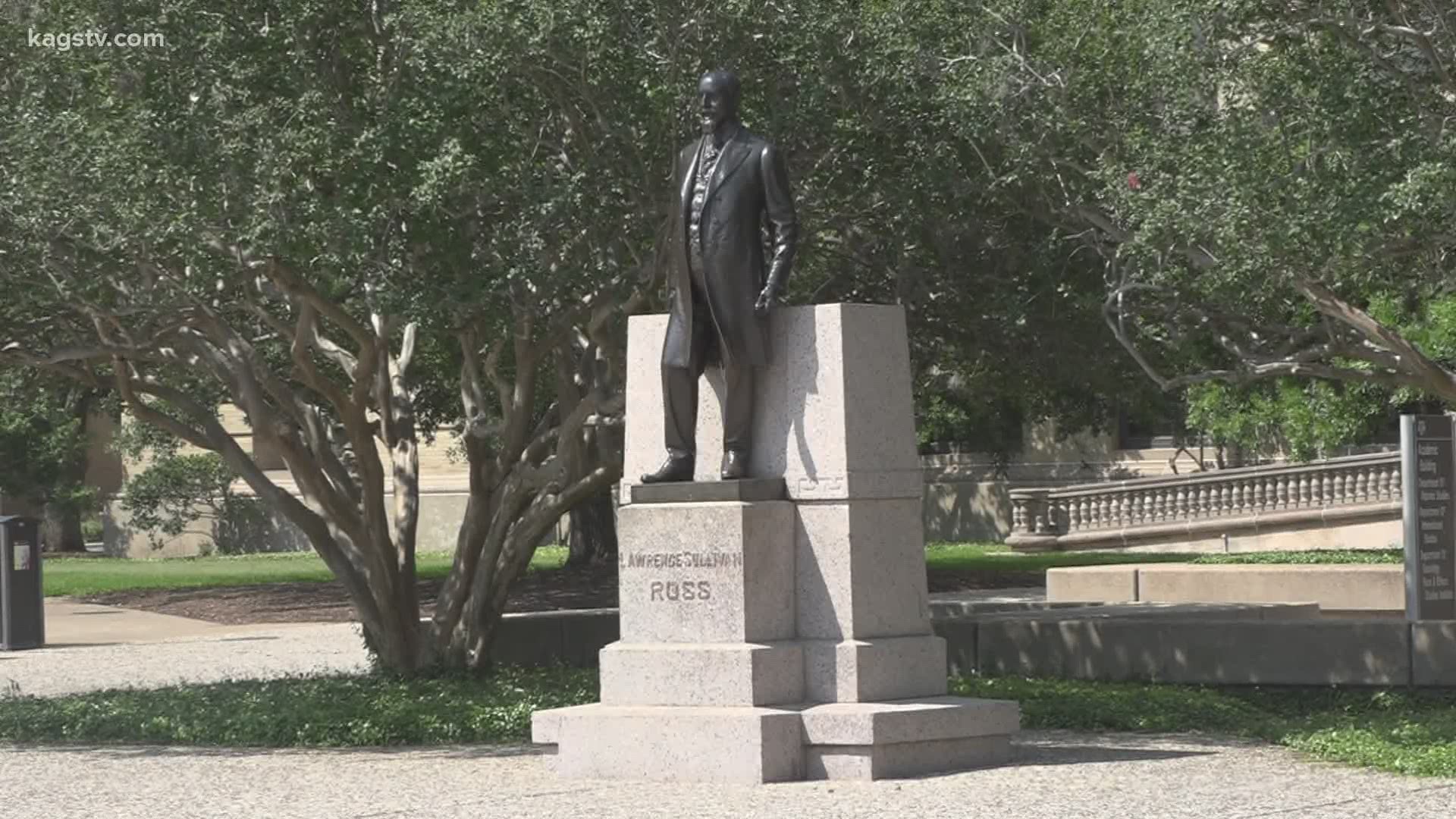 COLLEGE STATION, Texas — The debate for removing statues and renaming buildings has reignited in the wake of protests surrounding racial injustices and police brutality.

It’s even affecting an Aggieland staple.

KAGS spoke to an expert to see why people are talking about this again.

“The conversation about whether to remove statues of confederate leaders... it cycles, but every time, the cycle between gets shorter and shorter,” said Tracy Brown, CEO of Intentional Inclusion and Diversity Expert.

Across the nation and even across oceans, statues of Confederate or racist leaders are coming down or there are fights to take them down.

Brown said, “it keeps coming up because the Confederate flag and the names and the honoring of these people have been used for a lot of groups who today are promoting racism.”

There are two sides to the fight about these statues and names: Those who don’t want to honor people who had racist ideals and those who want to preserve history.

In College Station, a debate to take down Lawrence Sullivan Ross, or "Sully’s" statue at A&M has come up again, with a change.org petition that has more than 19,000 signatures.

Ross was a former president of Texas A&M but before that, a Confederate general.

As a minority student, seeing that statue every day didn’t sit well with Ariana Castillo, an A&M graduate and atmospheric scientist working on her Ph.D at Harvard.

“Just walking past that statue… it’s very eerie," she said, "Me personally, I kinda felt alienated. It didn’t really give me personally the feeling of being welcome... we should remember those foundations the university was built upon, but we shouldn’t honor those who are very hateful towards other people.”

Whatever way this turns out in College Station and across the U.S., Tracy is more concerned with unity.

“I understand both sides, and if that means statues need to be removed, so that people can feel safe and comfortable and that everyone can find someone to honor, then I’m all for that,” she said.

We reached out to A&M Chancellor John Sharp who was not able to talk to us today.