“Texas A&M is trying to silence our first amendment rights. They’re trying to revoke our rights to free speech.” 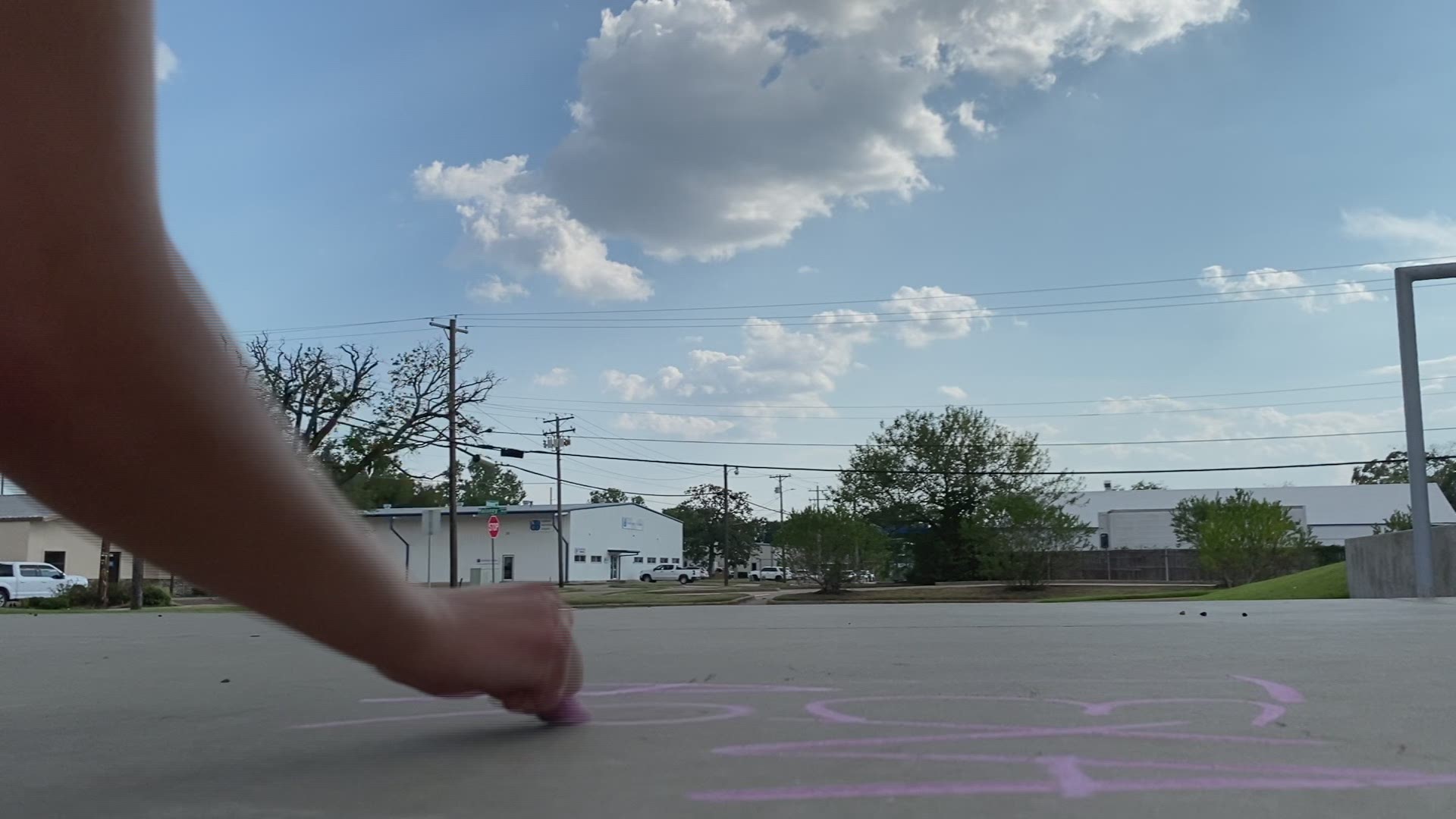 COLLEGE STATION, Texas — With the social media boom, there’s no shortage of ways to get our message across these days.

Texas A&M is taking that sentiment to heart. by getting rid of a older way for those on campus to share their beliefs.

Some students from both sides of the political spectrum are not too happy about it.

A&M is erasing their policy that let people on campus write messages in chalk.

In a statement online the university cited advancements in social media and the increased use of non soluble chalk on campus.

Some organizations on campus feel like those reasons are just excuses.

She has organized various protests to get the Sully statue off campus.

On several occasions those protesters use chalk to spread that message.

“We use washable chalk. We weren’t vandalizing anything," she said, "but what A&M is trying to impose on us with this chalking ban is a silence to what we actually stand for.”

Jesse Miller is with the Young Democratic Socialists of A&M. She knows Qynetta, and she agrees with her.

“The university chose the wrong time to ban chalking in a specifically targeted way towards the people that were condemning sully and condemning racism,” she said.

Even students who don’t want the Sully statue gone and err on the other side on a lot of issues see the new ban as a violation.

“We support the right of all Aggies to express themselves freely, said Gary Frankel, the Chairman of The Texas A&M College Republicans, “there's a pandemic going on. There’s a lot of avenues of free expression that we don’t have access to on campus as a result of that, and chalking is one safe way that student organizations could express themselves freely.”

Victoria Aguilar, the public relations director for Pro-Life Aggies said her organization was planning to use chalk this semester.

She said, "the fact that we’re not allowed to express ourselves even if we have different opinions is not fair.”

Despite the new rule, students say they’ll keep sharing their beliefs in whatever way they can to make sure their thoughts will not be erased.

Suicide Awareness Month kicks off next week! Mark your calendar for the upcoming virtual events including a month long walk challenge. Visit https://t.co/JAxDjUNNo5 to register your team and to learn how you can get involved in suicide awareness and prevention. #NotAnotherAggie pic.twitter.com/X5GXmJe8cW