The demonstration started at the administration building, and ended with a gathering around Lawrence Sullivan Ross or Sully's statue, in protest of it staying up. 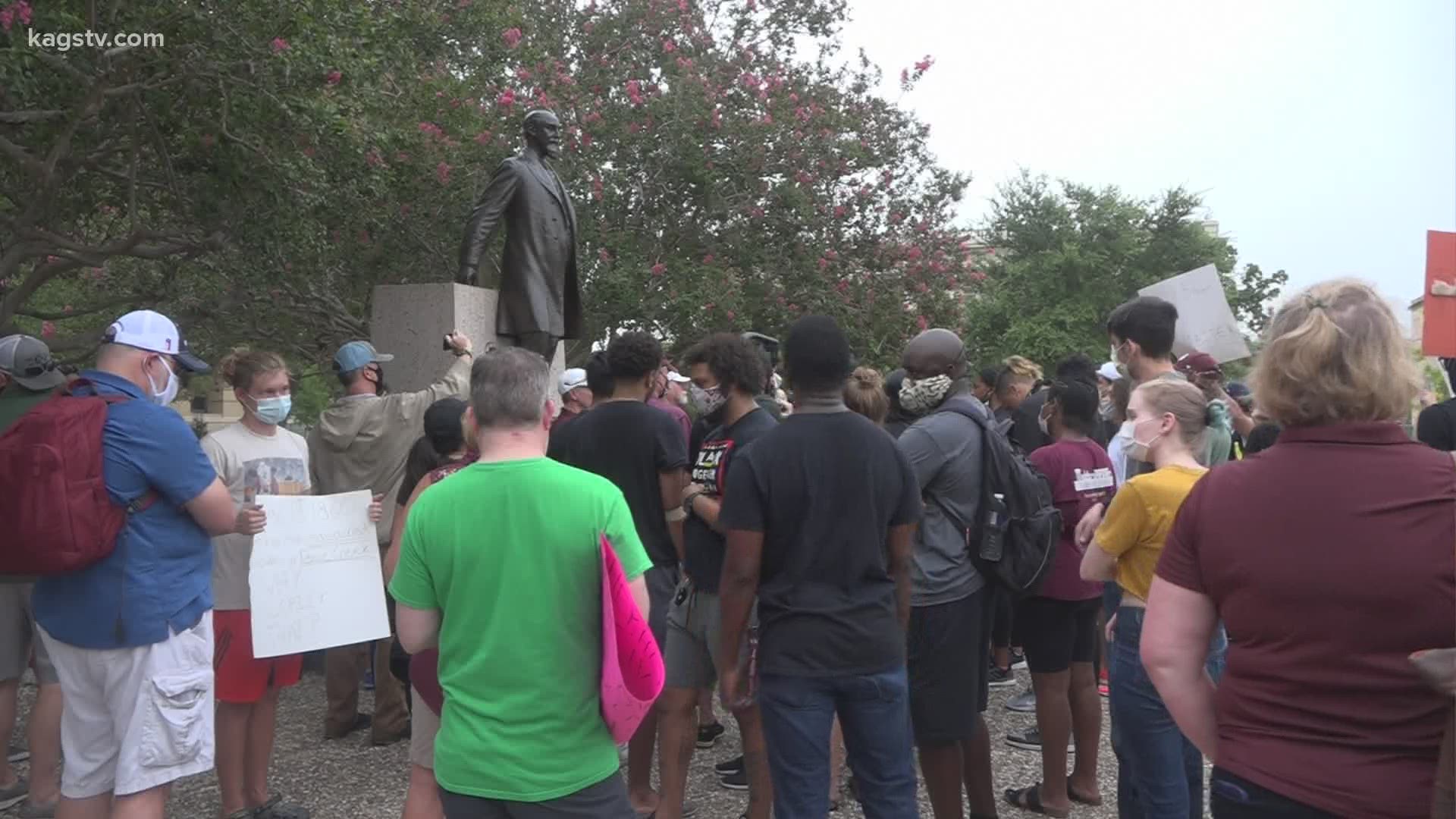 Beyond growing concerns with the pandemic, there is still a movement happening across the country to protest racial injustices.

In College Station, the Black Graduate Students Association organized a march around A&M's campus to put a spotlight on the Black Lives Matter movement.

Starting at the administration building, and ending with a gathering around Lawrence Sullivan Ross or Sully's statue, in protest of it staying up.

Student who were there were joined by a few of those who want Sully to stay, some discussing their points of view.

Through all this the black graduate students association wants others to know they don't intend on slowing down their cause.

"The premise of this is for us to been seen on campus, for us to be seen as equals on A&M's campus," said Schuyler Carter, the Vice President of the Black Graduate Students Association, "this campus is meant to be a home for us, and it doesn't feel like that to a lot of black students on campus... we want the administration to hear us. This is not just a couple of months worth of pain this is literally centuries worth of pain that we are carrying for our ancestors."

A&M quarterback Kellan Mond was also at the march as one of their guest speakers.

You can find out more about the black graduate students association and what they'll have planned for the future on their Facebook page.