Police believe the statue was vandalized over Tuesday night. 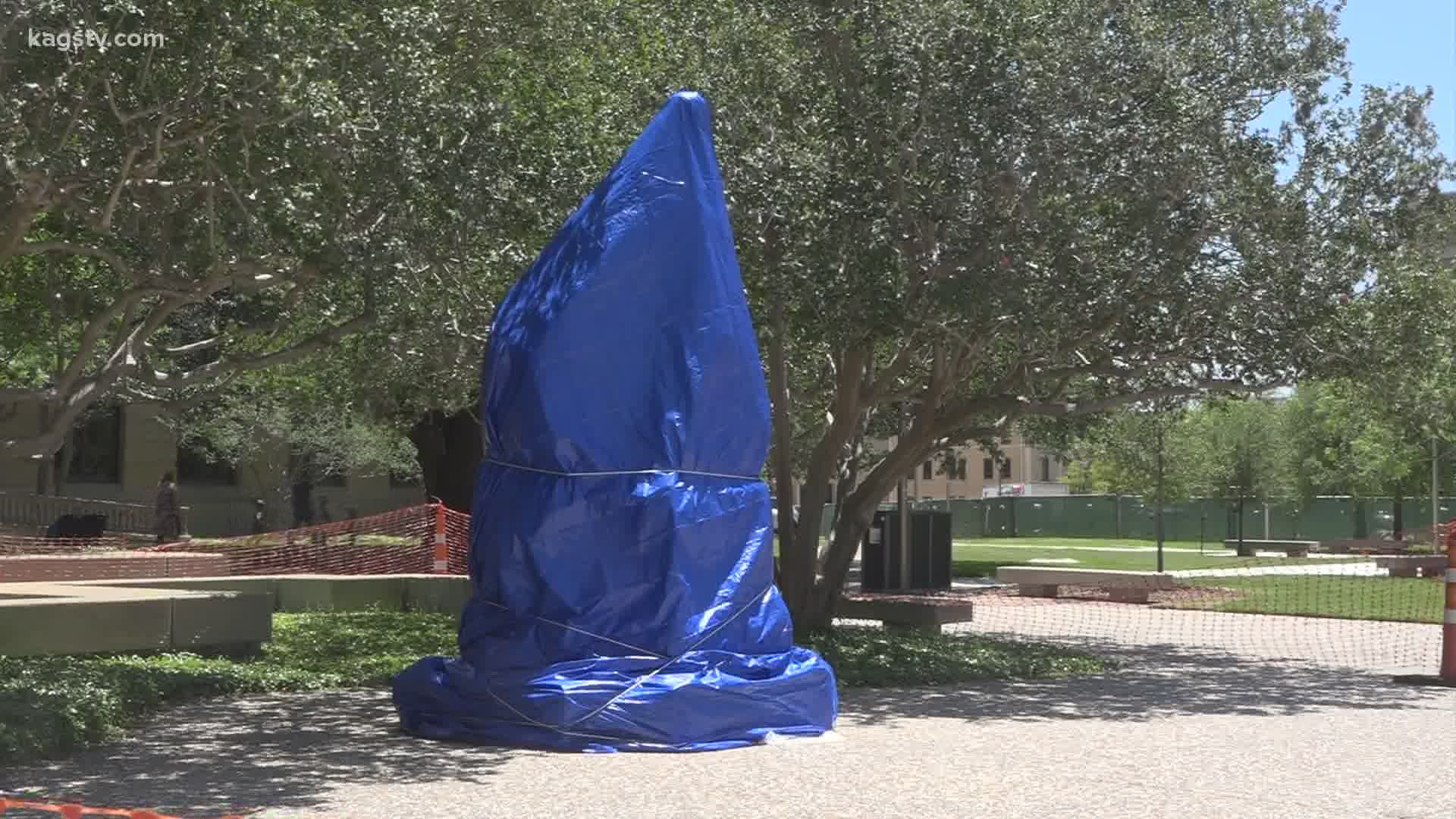 COLLEGE STATION, Texas — The Texas A&M University Police Department is investigating after the statue of Lawrence Sullivan Ross, or "Sully"  was vandalized.

According to police, the statue was covered in graffiti and whoever is responsible faces a state jail felony punishment of "confinement in a state jail for any term of not more than two years or less than 180 days" and a possible fine of up to $10,000.

Officers believe the statue was vandalized over Tuesday night.

Officials put up a construction barrier and cones around the statue and a blue tarp over the statue Wednesday afternoon.

Pennies have been seen around the statue's barrier, likely in reference to a student tradition to put a penny by "Sully" to get a good grade on a test.

RELATED: Tips on how to avoid the long waits at the Tax Office

RELATED: What students should expect taking the SAT this Fall